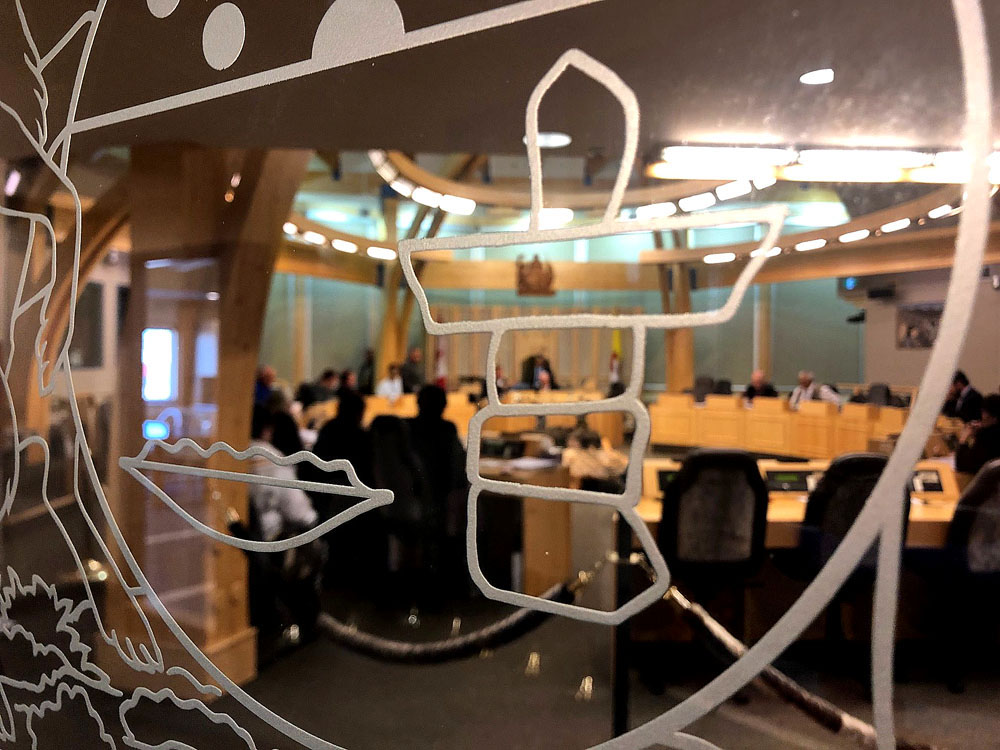 On Tuesday, the Government of Nunavut unveiled a budget in the territory’s legislative assembly, shown here in an undated file photo, that forecasts $2.5 billion in spending for the 2021-22 fiscal year that begins April 1. (File photo)

There’s a certain body of opinion in this country — much of which lurks within the darker corners of social media — that claims the Nunavut territory and its public government represent a colossal waste of public money.

You’ve likely seen the comments. “Nunavut’s run by incompetents who can’t count. Freeloading Nunavut takes from Canada and gives nothing back. The whole territory’s just a big drain on something called ‘the taxpayer.’”

By the way, given that just about everyone who spends or receives money in this country is a “taxpayer,” most invocations of the term are meaningless. Taxpayers don’t constitute a separate class of people that stands apart from and above the rest of us — we’re all taxpayers.

At any rate, the Government of Nunavut’s 2021-22 operating budget, unveiled Feb. 23, shows that when it comes to financial management, Nunavut’s doing just fine.

The estimates Finance Minister George Hickes tabled in the legislative assembly that day show that for the fiscal year ending March 31, the territorial government will produce a deficit of only $21.4 million.

Set against an annual budget worth about $2.5 billion, that’s pocket change. It amounts, essentially, to a balanced budget.

For the next fiscal year, the government is projecting an even smaller deficit of about $14.3 million. And the territory’s long-term debt stands at only $446.6 million, all of it borrowed to build infrastructure, such as power stations, housing, and the Iqaluit airport.

Compare that to Newfoundland and Labrador, which is teetering on the brink of insolvency with a projected deficit of about $1.8 billion and a total long-term debt exceeding $23 billion.

Or Ontario. The government that runs Canada’s largest, richest province is staring at annual deficits of around $38.5 billion this year and next. Its total long-term debt as of March 31 last year stood at a whopping $362.8 billion.

Such comparisons between provinces and territories can be tricky, however, mostly because of differences between how they’re financed.

But a more reliable judgment is the kind offered by an independent credit rating agency.

Last fall, DBRS Morningstar took a look at Nunavut’s finances and gave the territory a double “A” credit rating — the same rating it gave Saskatchewan. It gave Nunavut a better score than it gave Nova Scotia, Manitoba, Prince Edward Island and long-suffering Newfoundland and Labrador.

Consider also that the much-maligned Nunavut government is expected to deliver modern government services to a tiny population scattered among 25 small communities located across an expanse of land the size of Western Europe.

It does this, of course, while struggling with one of the harshest environments on the face of the Earth, hampered by transportation and telecommunication services that are laughably inadequate.

And it’s worth remembering also that when this government was born, on April 1, 1999, it had been incapacitated by the stingy financial policies imposed on Canada by Jean Chrétien’s austerity-driven Liberal government.

That meant Nunavut began life with a badly underfunded public government and a crippling infrastructure deficit.

Yes, there’s much that needs to be fixed in Nunavut: education, housing, health care, you name it.

But when you take a close look at what Nunavut’s public administrators have to struggle with every day and how far they’ve come since 1999, you have to conclude that at $2.5 billion a year, Nunavut’s a bargain.