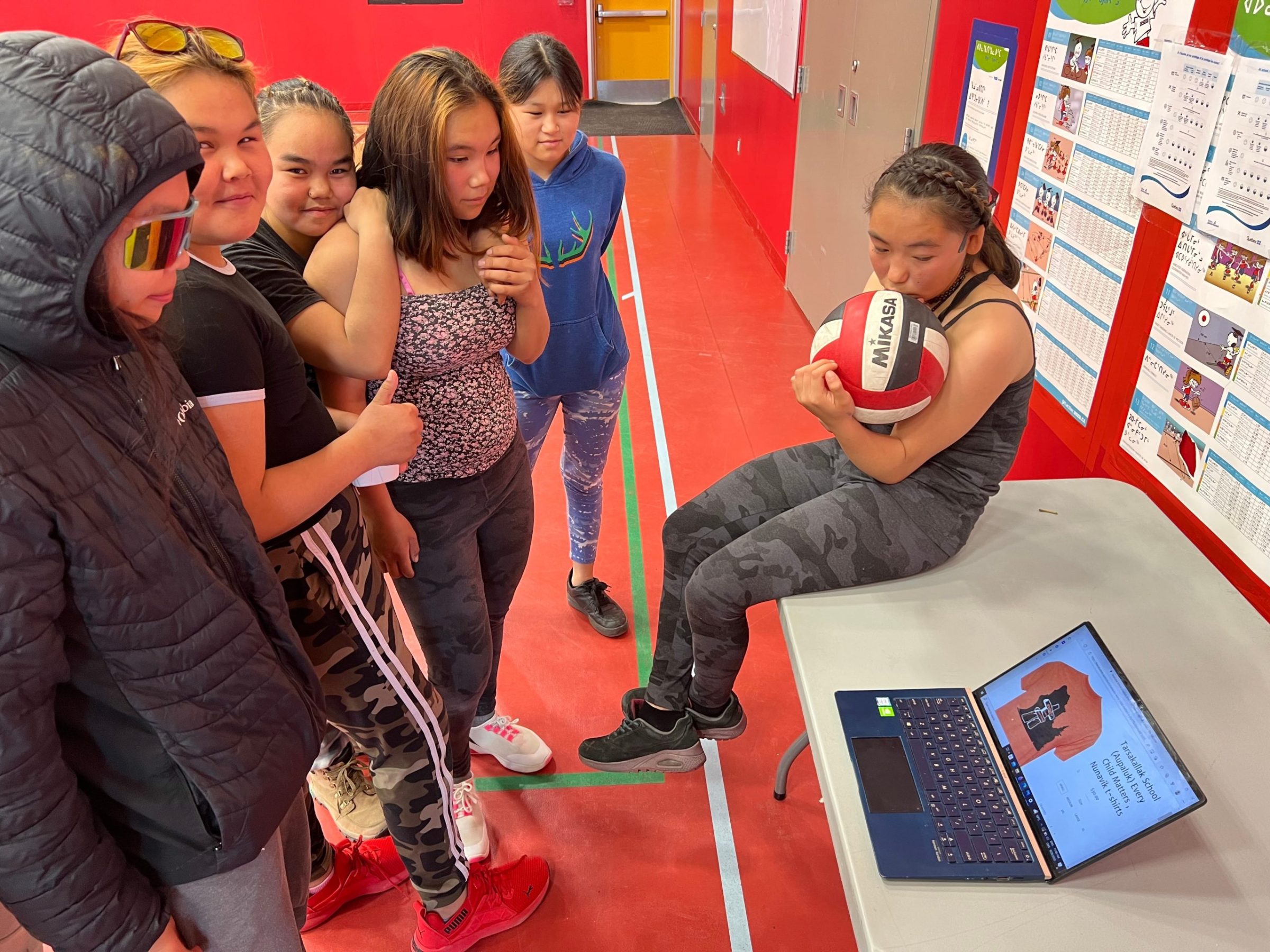 Students and teachers in the smallest of Nunavik’s 14 villages hope to raise money for their school’s extracurricular activities by selling regionally inspired orange “Every Child Matters” shirts.

Tarsakallak School, which offers primary and secondary instruction, is located in Aupaluk – an Ungava Bay community with a population of about 230. 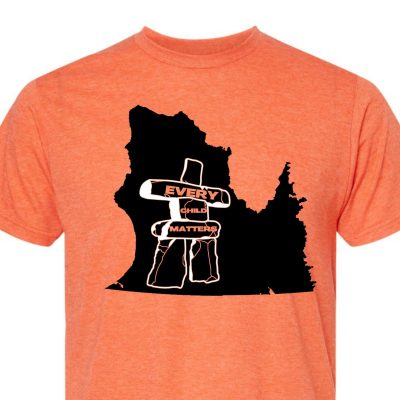 Like many other schools, Tarsakallak’s staff have been planning to commemorate the National Day for Truth and Reconciliation, often referred to as Orange Shirt Day, on Sept. 30.

The federally recognized holiday is a day to reflect on the abuse thousands of Indigenous people suffered in Canada’s residential school system.

Russ Johnson, a teacher who has been working in the community for three years, said he was hoping to initially order some orange shirts from a distributor, but wasn’t able to get them in time for Friday’s holiday due to supply issues.

Instead, he and his colleagues decided to design their own “Every Child Matters” shirt that would reflect Inuit in Nunavik, and sell them as a fundraiser leading up to and following Sept. 30.

“It ended up being a fundraiser because we figured people might want to buy them, and we need help with the extracurricular activities, for funding,” Johnson said in a phone interview.

“We were buying them initially for Orange Shirt Day, then we figured we might as well sell them because that’s what they’re doing in the south and around the country.”

With help from a graphic designer, Tarsakallak’s teachers came together to decide on the design of the shirt, which includes an Inuksuk over a black map of Nunavik – to highlight the pride Nunavimmiut have for their region.

Proceeds from the T-shirts will support a variety of extracurricular activities, including sports, board game nights and after-school activities.

Angelina Mesher — a 19-year-old primary teacher who recently moved to the Aupaluk from Kuujjuaq — said extracurriculars are an important resource for kids in the community. By providing more activities, they are less likely to turn to drugs or alcohol, she said.

“It gives them a good example that there’s other things to do other than running away to the other bad things in life,” Mesher said.

“It’s kind of an escape for us, knowing we have friends and family and a team to play with. There’s a lot of positive impact on that.”

The Tarsakallak “Every Child Matters” shirts are for sale online across Canada and the United States until Oct. 7. The school’s Facebook page, École Tarsakallak School, provides more information about where they are available.

Johnson said he expects his school’s order to arrive in the coming weeks. When that happens, the school will have its own Orange Shirt Day, with the entire school wearing their shirts. Johnson also hopes people from outside of Nunavik who decide to buy a shirt submit a picture of themselves wearing it in front of a landmark in their city or community.

Sept. 30 is not a school day in Aupaluk because the Kativik Ilisarnilirinig school board closed its schools and offices for Nationald Day for Truth and Reconciliation.  But Johnson will be opening the gym to host sports activities and conversations about reconciliation with the kids.

“They’re pretty attentive when they know they’re about to get a chance to play sports,” Johnson said.

By selling Nunavik-themed “Every Child Matters” shirts, Mesher — who lived in the south for high school — hopes people from outside Nunavik will support the region’s youth and take time to learn about its people and communities.

“There’s a lot of things to learn from up here,” she said.