Baffinland blasted for its approach to community consultations

“This is not consultation” 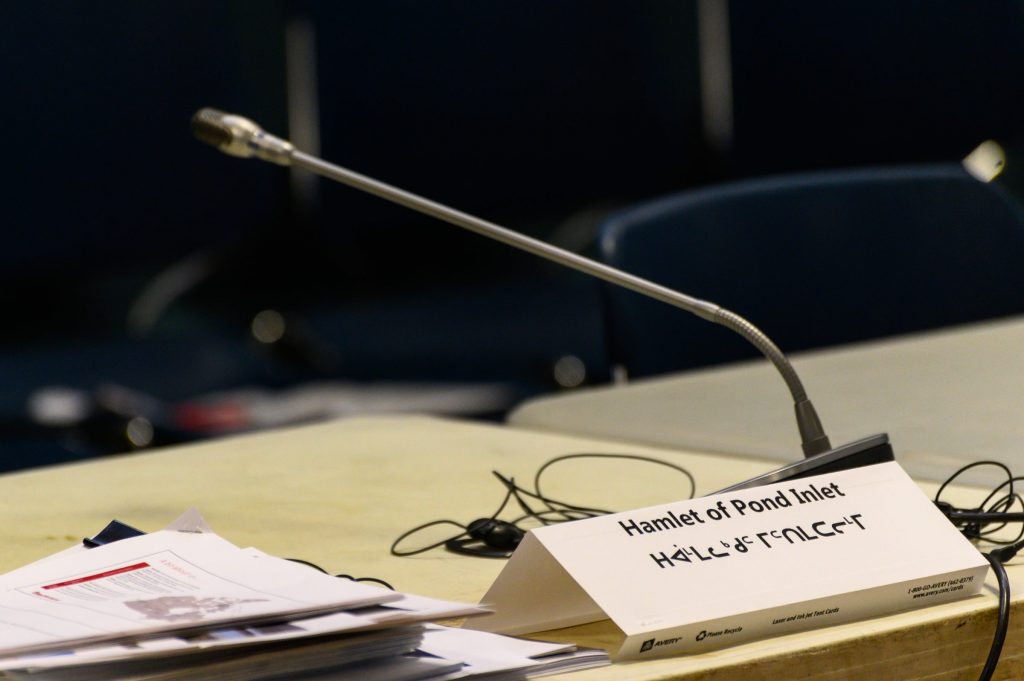 A Pond Inlet resident told the Nunavut Impact Review Board that Baffinland Iron Mines Corp. hasn’t taken a culturally appropriate approach to community consultation for its plans to expand its Mary River mine. (Photo by Dustin Patar)

Pond Inlet resident Tim Anaviapik Soucie says the problems with Baffinland’s approach to community consultation for its plans to expand its Mary River mine were evident from the moment chairs were set up in the room.

“Lining people up in chairs to talk to us tells us who is important and who is in charge,” Soucie told the Nunavut Impact Review Board during its hearing in Iqaluit on Tuesday, Nov. 5. “Circles do away with this.”

Soucie described Baffinland’s team arriving in town with a PowerPoint presentation that celebrated their achievements and work so far, and then asked if there were any questions.

“This is not consultation,” he said. 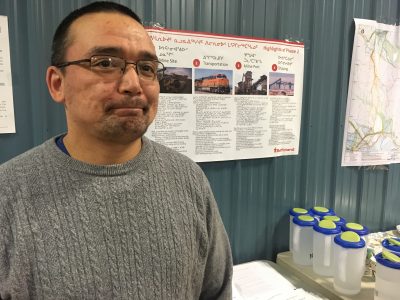 Tim Anaviapik Soucie spoke on Nov. 4 at the hearing for Baffinland’s expansion plans about how consultation has been carried out in Pond Inlet. (Photo by Elaine Anselmi)

Giving a presentation and expecting questions and comments, and especially criticisms, Soucie said, is not conducive to getting real responses in Inuit communities—especially if the presenter is defensive.

“Conflict is something, for Inuit and especially elders, to be avoided,” Soucie said.

He described Baffinland’s community workshops as a way of mining Inuit for data. This same criticism was made by others at the hearing, particularly about a workshop to identify caribou crossings for the proposed railway route.

“Trust is necessary for meaningful consultation,” said Soucie. “We trust people who tell the truth. Is it 12 million tonnes or 18 million tonnes a year to ship through Milne Inlet?”

And it has asked for a change in its project certificate to have its production limited by the number of ore-carrying ships and train trips, rather than by tonnes produced.

Soucie pointed out that, despite the tugs, icebreakers and resupply ships that would be used for the project, Baffinland consistently refers to 176 voyages of just ore carriers, without specifying the traffic of other vessels.

“Locals are tired of lies and changes in plans and have lost interest,” he said. Soucie said that’s why Baffinland’s community presentations have had such low turnouts.

At Baffinland’s presentation on its phase two proposal, Soucie said 2.6 per cent of the adult population of Pond Inlet showed up. He said communication with youth in the community as well as women has been absent entirely.

More work needs to be done to get to know the community and to understand what it’s like to live in Pond Inlet, Soucie said.

“Stay for at least a week or more. Have tea with elders and youth at the Co-op,” he said. “Tell us about your children and ask us about ours.”