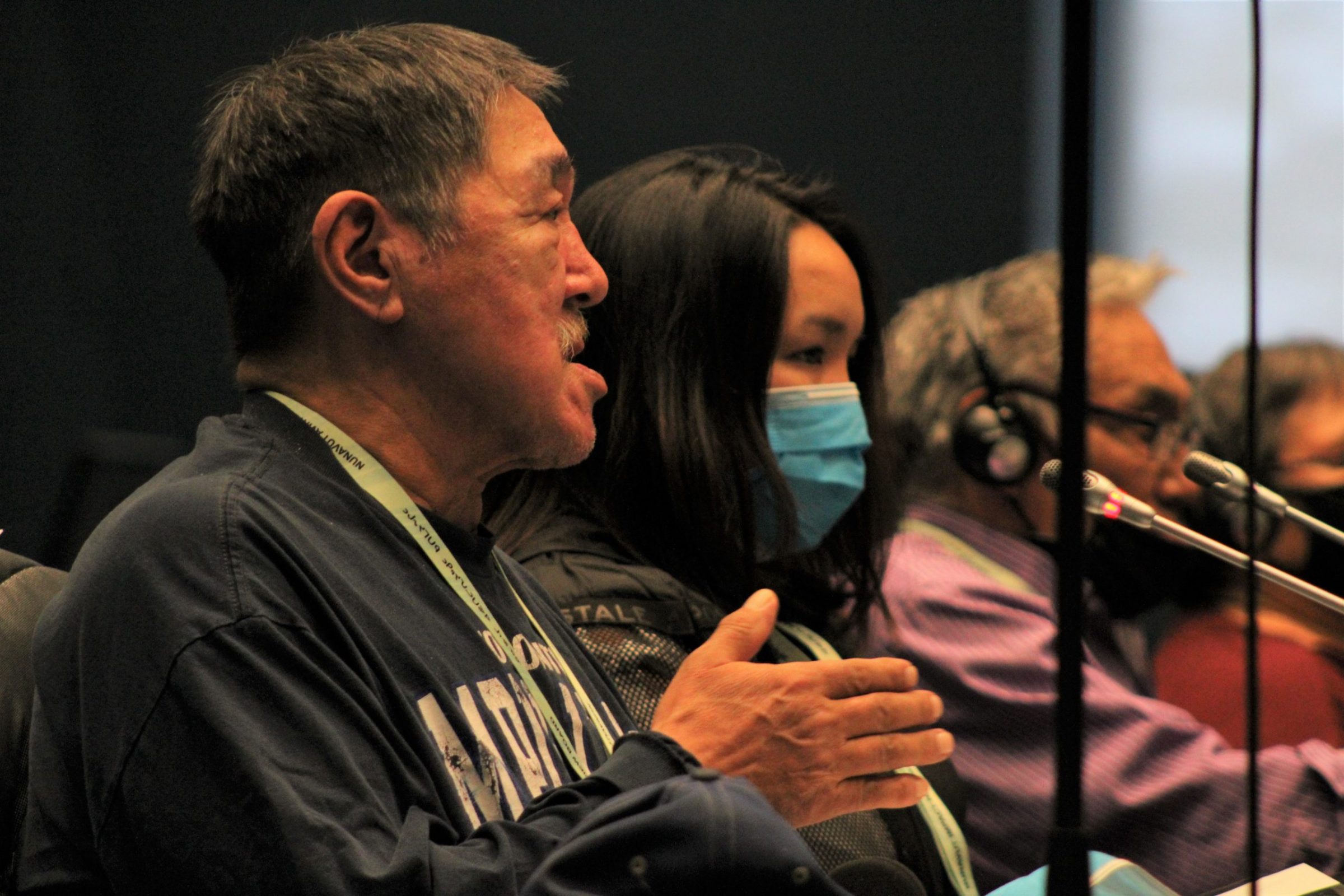 North Baffin residents continued to voice concerns about plans to expand the Mary River iron mine’s operations during a public hearing on Thursday.

The Nunavut Impact Review Board’s hearing into Baffinland Iron Mines Corp.’s proposal has two days left of in-person meetings that have been postponed a number of times since 2019.

Baffinland wants to build a 110-kilometre railroad from its Mary River site to Milne Inlet and double its iron ore output to six million tonnes per year.

Sanirajak elder Enoki Irqittuq, a former Amittuq MLA, said hunters pin the blame on the mine’s current operations for the fact there are hardly any walrus in the area.

He said Sanirajak has not received any money for compensation from the Qikiqtani Inuit Association, which receives the benefits from Baffinland to distribute to communities.

Eric Ootoovak, representative for the Mittimatalik Hunters and Trappers Organization, spoke to the same issue during Thursday’s morning session. He said Pond Inlet has yet to see the benefits from QIA.

In response, QIA President Olayuk Akesuk said there has been difficulty in getting benefit money to communities, but the association has since resolved the problem.

Many Inuit have expressed concern over the lack of a “red button” — a term used throughout the hearing for the idea that Inuit could halt mine operations if there is environmental damage.

“Inuit people from Pond Inlet, if they say they’re being impacted too much and there’s not much fish and narwhal and the bottom of the sea species are being impacted, so we’re impacted,” Ootoovak said.

“The red button is not there to push, or it’s broken because we can’t push it. Why?”

Lou Kamermans, director of sustainable development for Baffinland, said the Inuit Certainty Agreement signed by the company and QIA will offer Inuit a measure of control over the mine’s operations if the mine expansion is allowed.

If there’s a disagreement over the agreement that’s brought to arbitration and Baffinland loses, the company could have its commercial lease taken away, which would shut the mine, he said.

As well, the agreement specifies that if the company needs to respond to a “high-risk” environmental issue, the mine has to shut down for five days, Kamermans said.

The NIRB hearing is scheduled to end Saturday. After that, the board will review the information it has received since the start of the hearing in January. It then makes a recommendation to the federal northern affairs minister, who ultimately grants his approval for the mine expansion or rejects it.