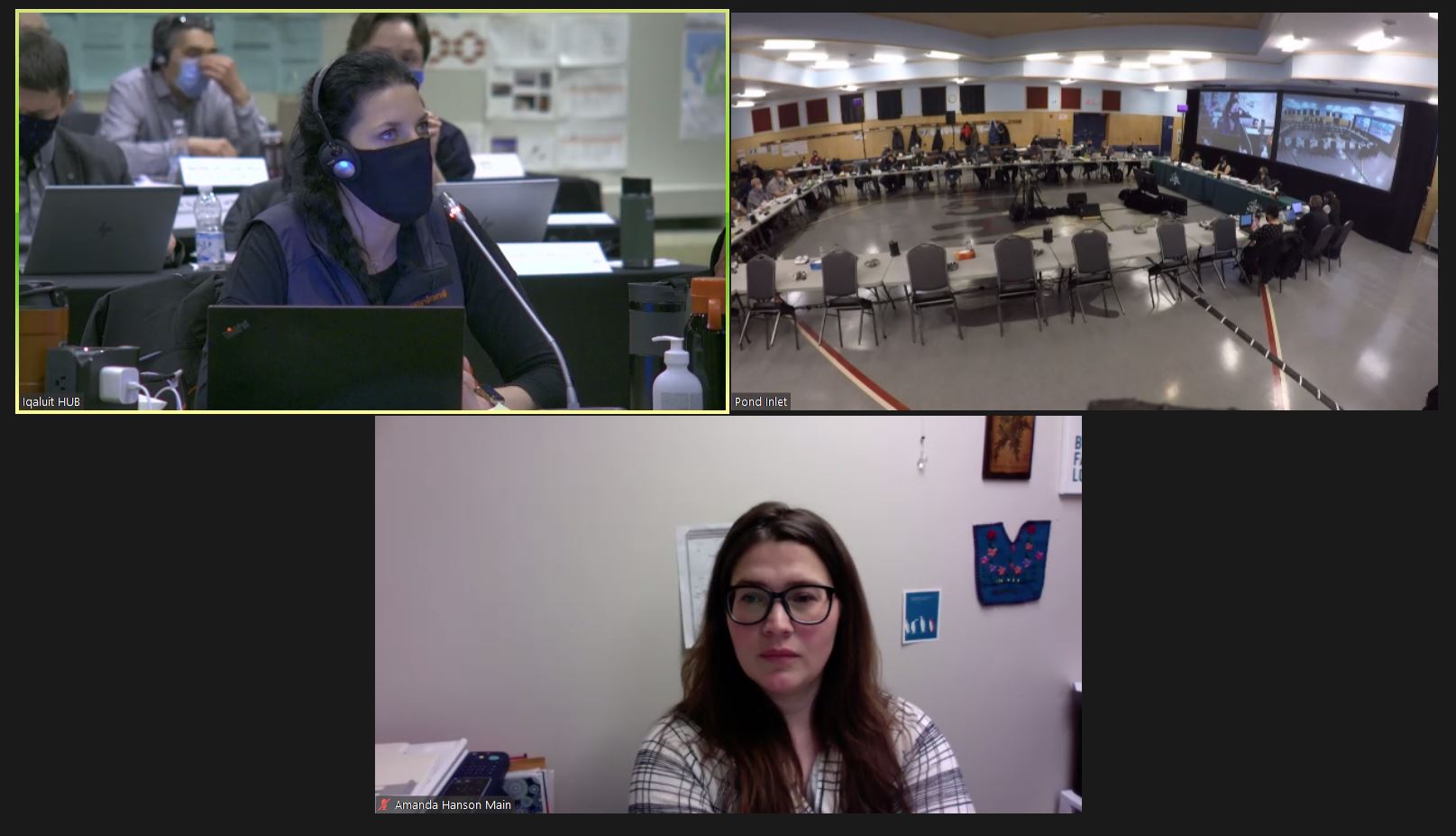 Critics of Baffinland Iron Mines’ proposed Mary River mine expansion questioned the company’s commitment to environmental sustainability and integration of Inuit Qaujimajatuqangit, or traditional knowledge, during the second day of a Nunavut Impact Review Board hearing.

It revealed that a clear divide between company and community still exists, despite CEO Brian Penney’s assertion Monday his company has addressed community concerns about the mine’s phase two expansion.

Baffinland says it needs to build a 110-kilometre railway from Milne Inlet to the Mary River mine to make the mine financially sustainable.

But the Mittimatalik Hunters and Trappers Organization was one of the more outspoken presenters during Tuesday’s proceedings in Pond Inlet, repeatedly asking Baffinland staff if they considered Inuit traditional knowledge in their proposals, especially when regarding the environment.

“Does Baffinland understand that proper incorporation of Inuit Qaujimajatuqangit is a requirement of the Nunavut Impact Review Board, not only an expectation of communities?” Eric Ootoovak, a member of the hunters and trappers organization asked.

He also asked if Baffinland respects traditional knowledge as “factual information that is essential to the environmental impact statement.”

“We can agree to disagree on the conclusions of our assessments, but your disagreement doesn’t mean that we haven’t carried out the studies that are included in our assessment,” said Kamermans, in reference to incorporating traditional knowledge. “That information is objectively there, there’s no debate on that. We have considered the information.”

Critics’ questions about whether their environmental concerns will be addressed and honoured by Baffinland have persisted since November 2019. That was when the hearings were postponed after Nunavut Tunngavik Inc. president Aluki Kotierk brought forward a motion to postpone the hearing because were too many questions remained about the proposal.

Since then, Baffinland has held meetings with affected communities and revised its proposal. Vessels would operate for four, rather than 10, months a year, to help avoid disturbing marine life.

The company also introduced the Inuit stewardship plan to allow Inuit to “report on social, environmental, and cultural impacts” of the phase two proposal, which will be run by the Qikiqtani Inuit Association and paid for by Baffinland.

As well, the Inuit Certainty Agreement, a multimillion-dollar agreement between the Qikiqtani Inuit Association and Baffinland, was signed in July 2020 and outlines community benefits, Inuit participation in the project and incentives for affected communities.

“Science and Inuit Qaujimajatuqangit will be considered in parallel and on equal footing as part of the adaptive management planning,” Lord-Hoyle said.

But community representatives have yet to be won over, and quarrels over past proceedings have yet to subside.

On Tuesday, Amanda Hanson Main, technical advisor to the Mittimatalik Hunters and Trappers Organization, asked Lord-Hoyle three times if, during the 2019 proceedings, Baffinland supported any requests or motions by communities to slow down the hearings when they felt their concerns weren’t being answered.

“We believe that an answer has been given to this question, and the answer is that the position of the company on the motions is on the record and is well known to the board,” said Brad Armstrong.

Hanson Main replied, “Noting the non-response at this oral hearing, I’ll move forward, recognizing that Baffinland not only did not support the motions or the requests, and in fact pressed forward despite the protests of communities.”

The nine-member Nunavut Impact Review Board assesses the environmental and socio-economic impacts of development projects and advises the federal and territorial governments on their findings.

The Baffinland hearing is being assessed by three members who were appointed by the board in October 2020.

The hearing will continue until Feb 6. Afterwards, the review board will send a report to federal Northern Affairs Minister Dan Vandal recommending whether the project should go ahead.