Baffinland decision to come out by Nov. 16: Minister 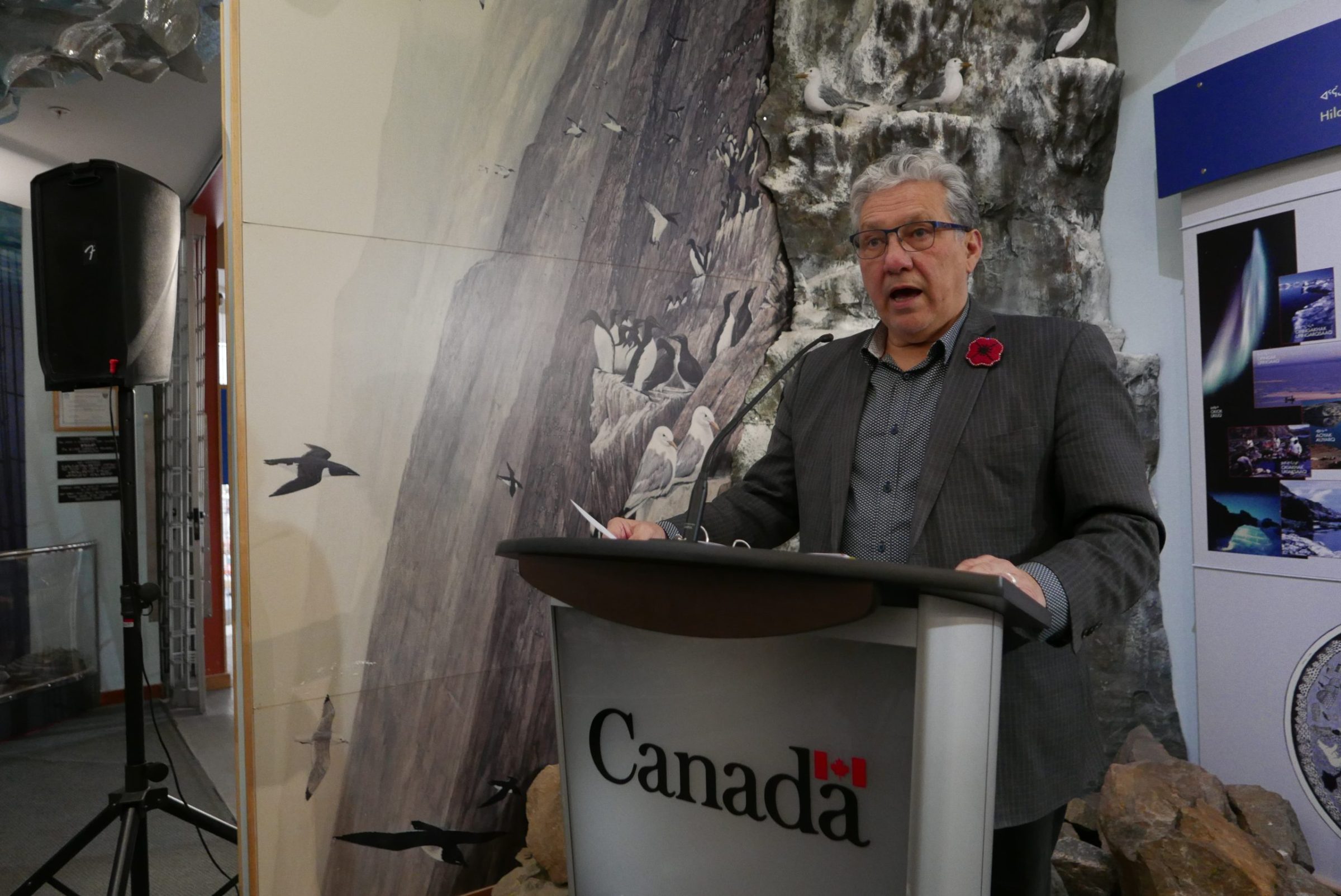 Federal Northern Affairs Minister Daniel Vandal says it will be one more week before he releases his decision on Baffinland Iron Mines Corp.’s expansion proposal.

Vandal said he and other government officials have been reviewing the Nunavut Impact Review Board’s recommendation not to approve the mining company’s proposed expansion, as well as ensuring that Inuit were properly consulted throughout the process.

“By the 16th, I will have a decision,” he said in an interview Tuesday while he was in Iqaluit explaining the federal Liberal government’s fall economic statement.

As federal Northern Affairs minister, Vandal has the final say in approving or rejecting recommendations from NIRB, the board responsible for evaluating the social and economic impact of development proposals in Nunavut.

Baffinland wants to double its shipping output to 12 million tonnes per year from six million, construct a 110-kilometre railway between the Mary River mine and Milne Inlet, and build another dock at its port.

The project underwent a review process that lasted nearly four years, saw thousands of documents produced, and had four meetings since 2018.

In May, NIRB recommended Baffinland’s expansion plan not be approved, citing concerns over the possible impact on the environment. That gave Vandal 90 days to review the recommendation and approve or reject it. In July, he gave himself an additional 90-day extension.

“NIRB handed us a pretty significant document, so [government officials] thoroughly go through the document page by page, check out some of the details of the document [and] make sure it matches with some of the data that’s been provided,” Vandal said.

A Baffinland spokesperson said the company is looking forward to hearing Vandal’s decision.

“We are looking forward with anticipation to the minister’s decision,” said Baffinland spokesperson Peter Akman on Wednesday, adding the company is “fully committed to responsible development” while protecting the environment.

Baffinland is Nunavut’s largest private-sector employer with just over 2,600 workers, close to half of them direct employees. Company executives have said if the expansion isn’t approved, it may have to temporarily shut down the mine.