Baffinland expansion ‘a threat to my people,’ says Nunavut MP 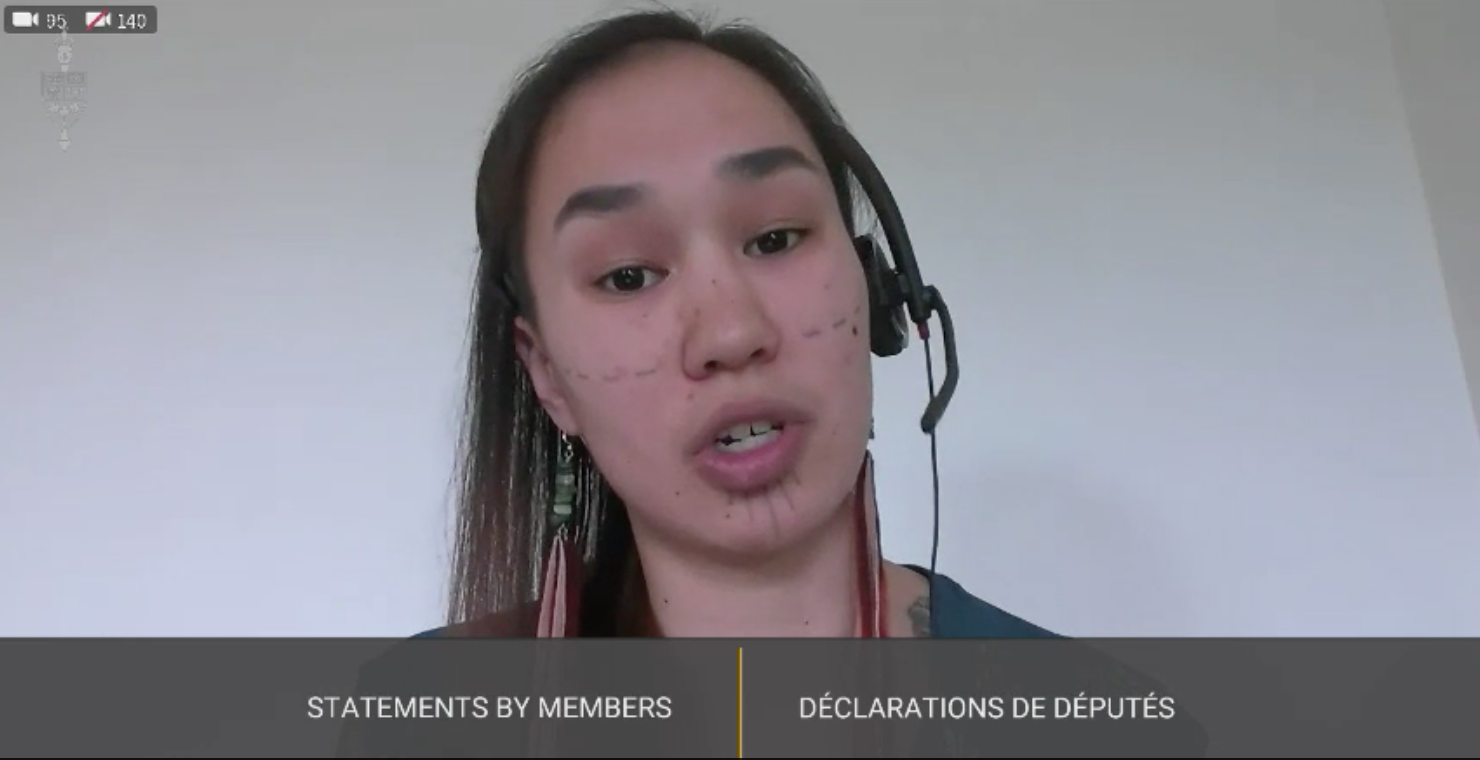 Nunavut MP Mumilaaq Qaqqaq addressed the proposed Mary River mine expansion in the House of Commons on Tuesday. (Screenshot from ParlVu broadcast)

Nunavut MP Mumilaaq Qaqqaq is calling the proposed Mary River mine expansion a threat to her people, to Indigenous sovereignty and to the environment.

“I want to make my position clear,” she said in the House of Commons on Tuesday, adding “the government has been largely silent on this dangerous project.”

Baffinland Iron Mines Corp. is looking to double the size of its mine on north Baffin Island, which could include the construction of a 110-kilometre railway from Mary River to Milne Inlet.

Inuit organizations and a group of hunters have expressed concern over the impacts this could have on wildlife populations, the environment and Inuit hunting traditions.

On March 5, the Qikiqtani Inuit Association also said it wouldn’t support the expansion because Baffinland didn’t incorporate enough Inuit traditional knowledge or consultation into the plan, and it needs more information on the impacts of the project.

In her statement on Tuesday, Qaqqaq spoke about a group of protesters who set up a blockade at the mine’s road and airstrip to protest the project for six days at the beginning of February.

“Land guardians braved temperatures as low as –36 C for days to have their voices heard to defend Nunavut from environmental and cultural harm,” she said.

“One hunter reminded us of something really important … this is our land, our home, being destroyed and we have to think about our future, our children.”

Qaqqaq is hosting a town hall on Wednesday at 7 p.m. ET to discuss the expansion with her constituents.

“Please join me to raise your concerns and let us fight for our rights,” she said.

Nunavummiut will receive a phone call with the option to join the discussion, according to Qaqqaq.

Mathieu Boisvert, who works in her office, confirmed that only those within the territory who are on the MP’s contact list will receive the call automatically, but others in Nunavut can contact the member’s office to get a direct call-in number.

The town hall will be held in English and someone will be available to translate for those who want to ask Qaqqaq a question in Inuktitut, Boisvert confirmed.