‘Mass layoffs’ could follow Baffinland’s notice to labour board

Approximately 1,300 jobs could be at stake at territory’s largest mine; ‘we need to be ready,’ says cabinet minister 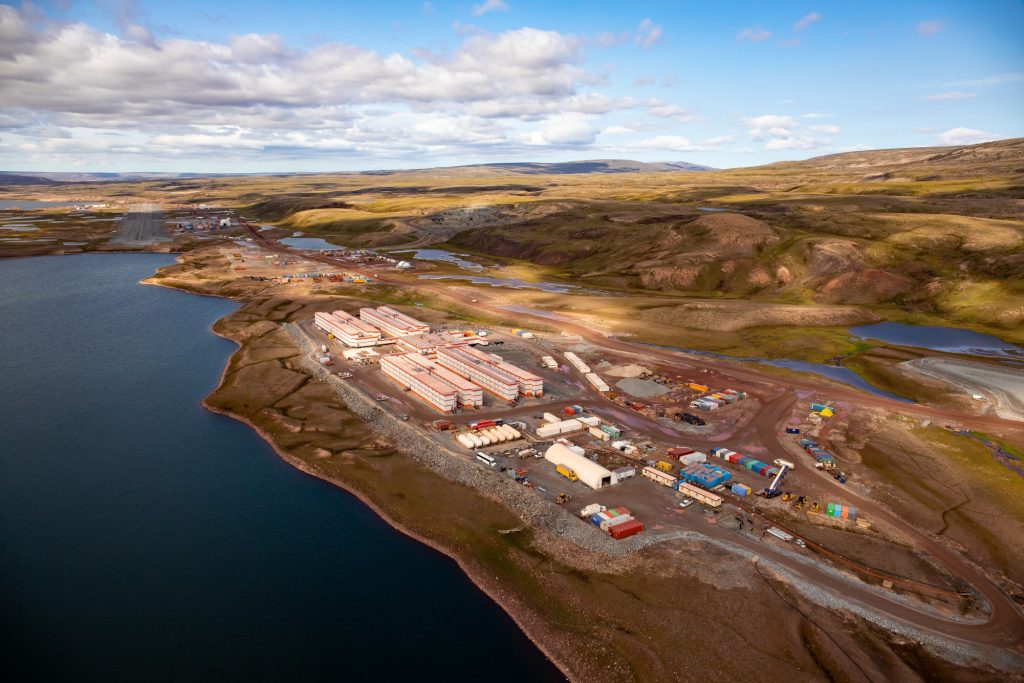 Baffinland Iron Mines Corp., has taken a formal step toward laying off hundreds of workers at its Mary River mine.

“This wasn’t a choice we were eager to make, we have been actively trying to avoid this situation,” Akman said.

The move sets the stage for the mining company to possibly lay off more than 1,300 of its workers from its iron mine located in northern Baffin Island, near the end of September. At least 209 of those employees are Inuit.

Baffinland works with contractors, who employ another 400 workers. Their jobs are also at stake.

The move comes after Northern Affairs Minister Daniel Vandal’s June 1 rejection of Baffinland chief executive officer Brian Penney’s May 26 request for an emergency order to allow the company to ship six million tonnes of iron ore in 2022, rather than the 4.2 million tonnes allowed under its current permit.

Sixteen weeks after the notice is filed, Baffinland will be in a position to start issuing layoff notices to employees, depending on where staff work at the Mary River mine, Akman said.

However, submitting this notice to the labour office does not mean employees will be laid off immediately at that point, or at all, Akman said.

He said it’s a legal step in the process that allows the Nunavut government “time to prepare for the significant harm caused by mass layoffs and to avoid such layoffs as possible.”

But, he said, Baffinland is open to working with the territorial government and others to “reduce the negative impacts on employees.”

The next steps for the company will be to work quickly with the Qikiqtani Inuit Association in an “accelerated” Nunavut Impact Review Board process, aimed at increasing the shipping limit to six million tonnes.

“It is our hope that the expedited NIRB process, which the Minister is encouraging, will close the gap between Baffinland and the QIA, resulting in a mutually beneficial agreement,” Akman said.

He said the company is “encouraged” that QIA voted to allow its executive committee to work with Baffinland and the federal government on the problem at hand.

Kyle Allen, a spokesperson for Vandal, said no meeting has been scheduled yet between the three parties.

“Working together with all parties is the only way this issue gets resolved and we are optimistic that through open dialogue and collaboration we will keep workers employed,” Allen wrote in an email to Nunatsiaq News.

Mike Gallagher, the business manager of the International Union of Operating Engineers, Local 793 — the union that represents Baffinland workers — said he is disappointed with the situation and is still hoping layoffs can be avoided.

In an interview with Nunatsiaq News, Gallagher said the union has the ability to offer job training to support laid-off employees, but added that’s not the preferred outcome.

“We really would like to see this whole thing cleared up as quickly as possible, and the fastest way to do that, I think, is to have the minister approve the emergency application,” he said.

Gallagher said he wants QIA, Baffinland and the federal government to get together to save the jobs.

Coming off a difficult pandemic, and having employees being concerned about their future and the future of the mine is not healthy, he said.

“Summer is upon us, we would like to be able to have our members not working under a cloud, not knowing what the outcome is going to be.”

Gallagher said employee voices are not being heard by regulators or decision-makers.

“We just feel that, in spite of all of our efforts … the voices aren’t being heard. The members clearly want the mine work to continue,” he said.

Now that it’s filed, Baffinland’s notice to the labour board gives his department a clearer date that it must brace for, Akeeagok said, speaking with reporters at the legislative assembly Monday.

“Whenever there’s massive layoffs, as a government we need to be ready,” Akeeagok said, adding that as Quttiktuq MLA he’s wondering where his own constituents who work at the mine will find work if they are laid off.

As an example of what the GN will do to help laid-off employees, Akeeagok mentioned the career development program the Family Services Department operates.

Tununiq MLA Karen Nutarak, whose riding includes Pond Inlet, the community closest to the mine, said she needed time to review the notice but that she feels for both the hunters in her community and the residents who are employed at the mine.

“I’m in the middle,” she said, adding “I just feel sorry for the Inuit staff who are going to face financial situations.”