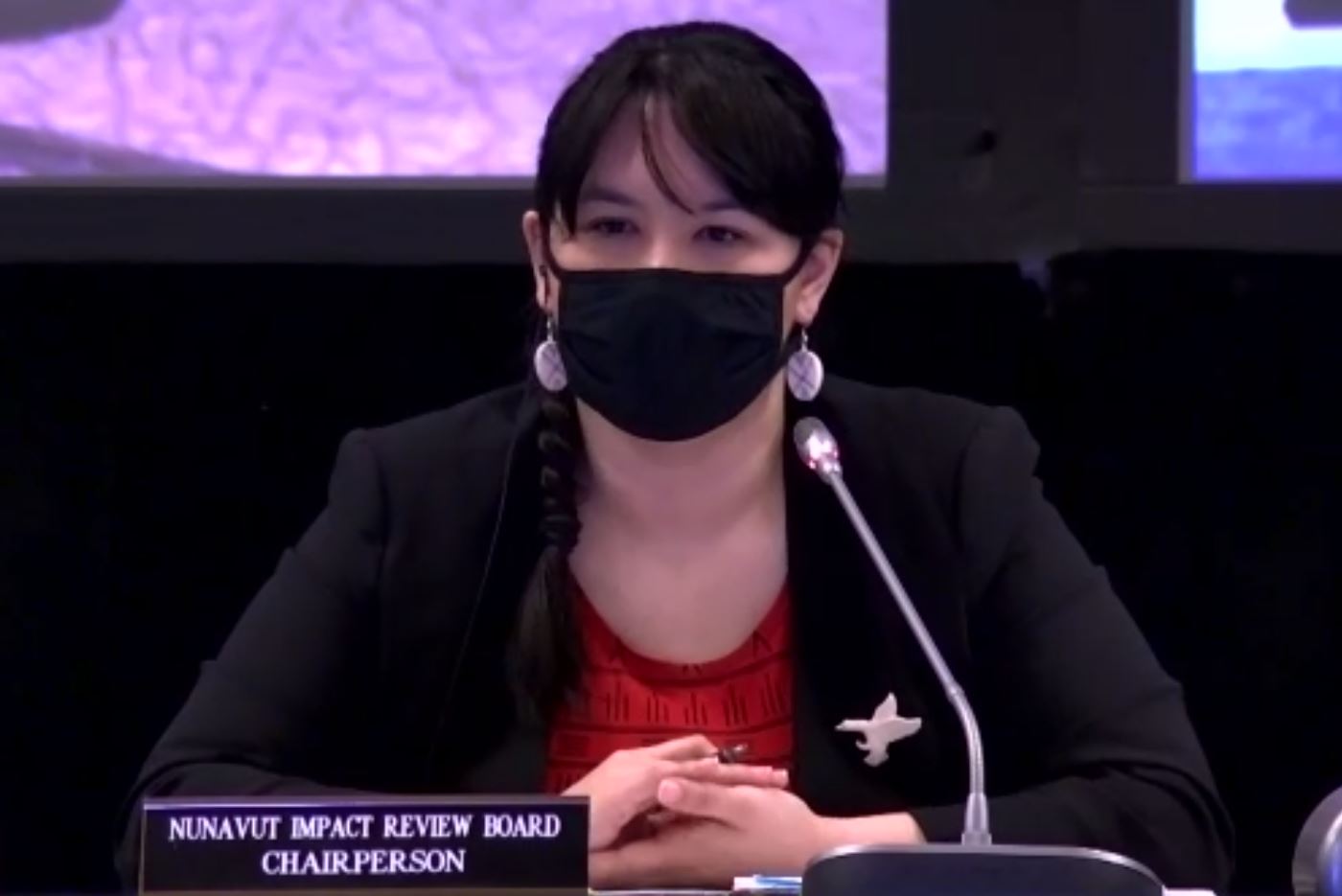 Nunavut Impact Review Board chairperson Marjorie Kaviq Kaluraq has lifted restrictions on questions from participants during the final hearing on Baffinland’s proposed mine expansion. (Screen shot)

Clarification: This story has been updated to specify that there will be no limit on the number of questions parties can ask during final presentations that weren’t made in November 2019.

The Nunavut Impact Review Board says it will lift restrictions on the number of questions parties can ask during final presentations at the hearing on Baffinland’s proposed expansion of its Mary River mine.

The board’s chairperson Marjorie Kaviq Kaluraq announced the decision Friday during her morning remarks on day five of the two-week hearing on the company’s expansion plans. The board is ending its first week of a hearing on Baffinland Iron Mines Corp.’s proposal to expand the mine to ensure its financial sustainability.

Her decision came with a clear message: “Keep your questions concise.”

Kaviq Kaluraq said that questioning would be unrestricted during final presentations because the material wasn’t included during the November 2019 public hearing.

On Wednesday, the board announced it would limit parties to three questions per round for the sake of time.

Members of Inuit organizations said that policy was insulting and contradicted the board’s mandate to “emphasize flexibility and informality” and “give due regard and weight to the tradition of Inuit oral communication,” as written in the Nunavut Land Claims Agreement.

“Procedural fairness to Inuit communities and Inuit participants during this proceeding has not been given,” said Igloolik Mayor Merlyn Recinos during Thursday’s afternoon session.

Hunters and community representatives have raised concerns about the environmental impact of the mine expansion, which would see increased ship traffic and construction of a 110-km railway between the mine and Milne Inlet.

The Department of Crown-Indigenous Relations and Northern Affairs, which will ultimately make the decision on the mine expansion based on the board’s recommendation, said Inuit must be included in the conversations.

“The Government believes that members of the communities impacted in the Baffin region must have a meaningful opportunity to make their views known during the Nunavut Impact Review Board’s (NIRB) final public hearing, to inform and influence decisions about this important project,” a spokesperson said in an email to Nunatsiaq News Wednesday.

The hearing continues until Feb. 6.