Day 6: “Baffinland cannot allow any activity to continue that causes a safety concern to any of the people on site,” company says 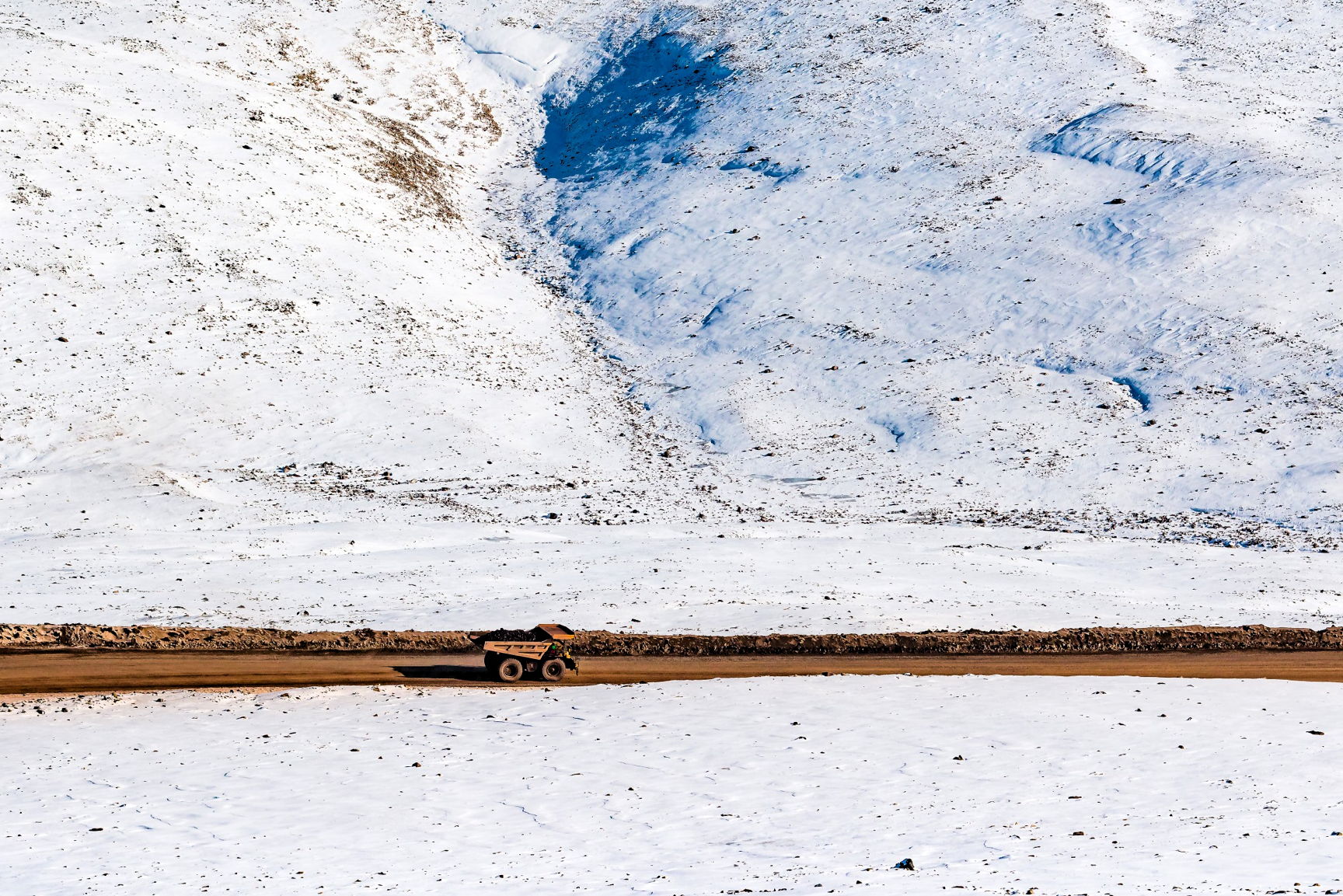 Baffinland Iron Mines Corp. says that it is considering all options to reopen the airstrip at its Mary River mine. Since Thursday night, Feb. 4, the mine’s airstrip and tote road have been blocked by a group of Pond Inlet and Arctic Bay hunters protesting the proposed expansion of the mine. (Photo courtesy of Baffinland)

As the Mary River mine blockades continue into their sixth day, Baffinland Iron Mines Corp. says that it’s now considering all options to reopen the airstrip.

What those options are were not specified in a news release issued by the company Tuesday afternoon.

Nunatsiaq News contacted Baffinland to ask what options the company is considering to reopen the airstrip but did not receive a response by deadline.

“Baffinland respects the right to peaceful protest, however, Baffinland cannot allow any activity to continue that causes a safety concern to any of the people on site,” the release states.

Last Thursday, a group of seven hunters from Arctic Bay and Pond Inlet arrived at the mine site and shut down the airstrip and road that leads to Milne Inlet, in protest of the mine’s Phase 2 expansion.

The mining company has previously stated that there are more than 700 employees currently being impacted by the blockades, which are preventing supplies from coming in and employees from leaving.

Yesterday, Baffinland met with representatives of Nunavut Tunngavik Inc., the Qikiqtani Inuit Association, the mayor of Pond Inlet, the Government of Nunavut and the RCMP to discuss the situation.

“While there was an agreement for support from all parties attending, the attendees have yet to find resolution or make progress toward reopening of the airstrip,” the release states.

Absent from the list of attendees provided by Baffinland were the hunters staging the blockade.

The hunters blockaded the airstrip and mine last week to protest a proposed expansion of the mine, which was the subject of a Nunavut Impact Review Board hearing that began Jan. 25 and continued through Saturday before adjourning until March. Baffinland says it needs to expand the mine by building a 110-kilometre railroad to Milne Inlet in order to make it financially sustainable.

As of Monday afternoon, Naymen Inuarak, one of the hunters at the mine site, said that he hadn’t yet heard from QIA or NTI but that he’d be willing to talk with them.

Tuesday morning, QIA released a statement addressing the ongoing protests across the territory, thanking Inuit for speaking up and informing the decisions being considered by the organization.

“It is abundantly clear to me that the Phase 2 proposal before the Nunavut Impact Review Board has not been adequately developed,” said QIA president P.J. Akeeagok in the release.

“Success can be achieved when parties have time to work together to advance a common vision.”

Although the release doesn’t mention the blockade by name, a QIA spokesperson told Nunatsiaq News via email that a letter to the protesters was issued Tuesday morning, but didn’t say whether that was the same as the release or not.