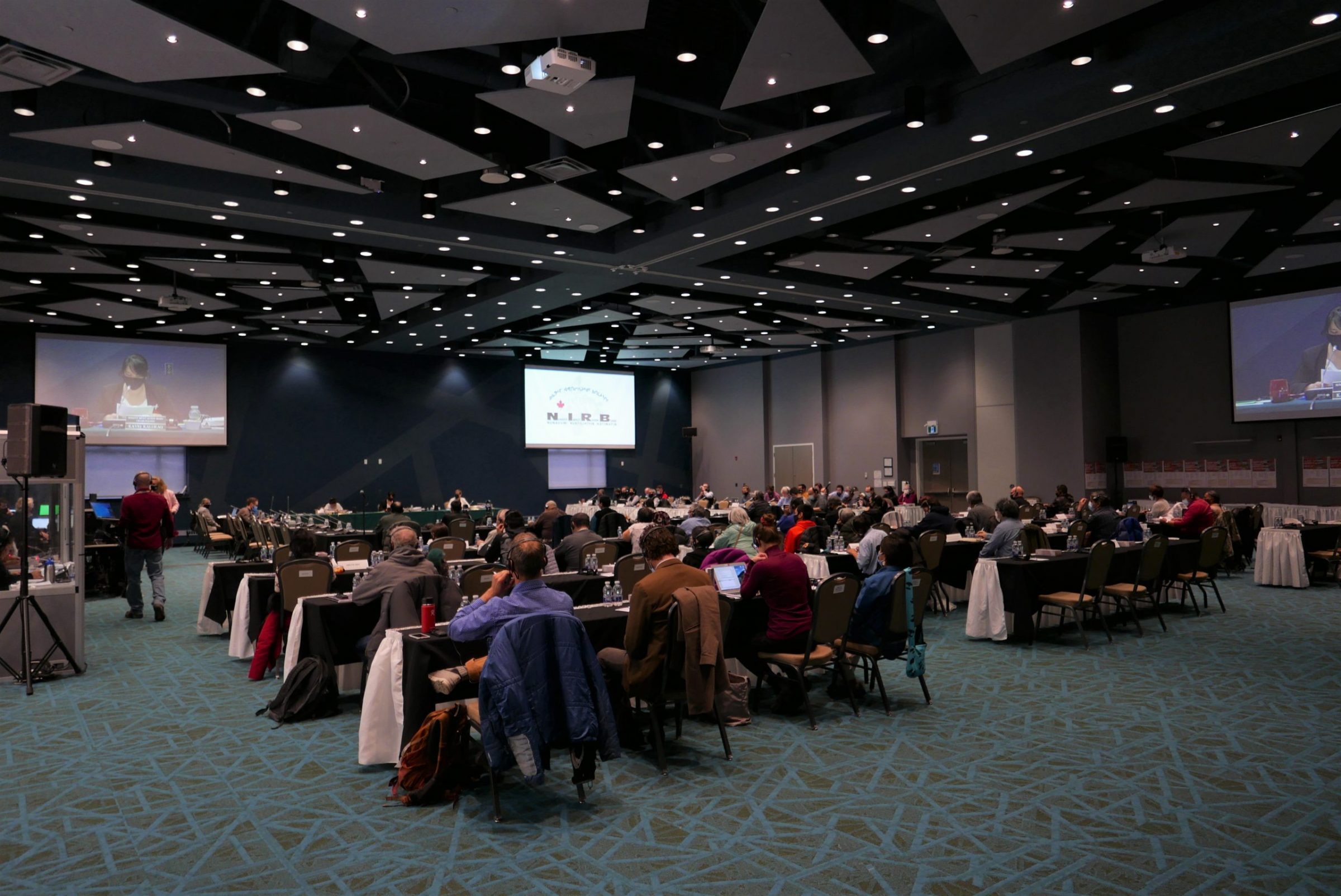 If Baffinland Iron Mines Corp.’s Mary River mine expansion proceeds, the company will also look to develop a railroad south to Steensby Inlet afterwards, the company’s senior director of sustainable development said Monday as a public hearing into the company’s expansion plan resumed.

“I have to also stress that that is very aspirational at this point and time,” Lou Kamermans said.

He was responding to questions from the Nunavut Impact Review Board’s executive director, Karen Costello, as the hearing resumed at an Iqaluit hotel.

Baffinland is entering the final stage of a lengthy review process on an expansion proposal of its Mary River mine. This includes a public hearing that began in 2019.

In 2012, John Duncan, then the federal northern affairs minister, approved the Ontario-based mining company’s proposal to build a 149-kilometre railroad to Steensby Inlet and ship 18 million tonnes of iron ore per year by 242 transits through the Foxe Basin and Hudson Strait.

But a month later the company changed course to focus on Milne Inlet. It began by hauling ore by truck to a port at that location, and now wants to expand along the route by building a railroad, doubling iron ore production and building a new dock.

The reason, according to the company, was that it didn’t have enough money to finance the Steensby project alone, and that its current expansion proposal for the Mary River mine would solve that.

“We do not have the funding in place that is required to move forward with Steensby,” Kamermans said.

That project certificate that includes shipping through Steensby Inlet has no expiry date.

Marjorie Kaviq Kaluraq, the board’s chairperson, asked Baffinland representatives if they believe the Mary River project can be financially sustainable with the falling prices of iron and extra costs for additional proposed testing and monitoring.

This, in turn, will help Baffinland “to ultimately construct a 30-million tonne project,” Lord-Hoyle said.

The review board’s in-person hearing is scheduled to conclude Saturday. Afterwards, Baffinland will have until December to submit final statements. Then the board will finalize its recommendation to Daniel Vandal, federal minister of northern affairs, who is then expected to approve or deny the mining company’s proposed expansion.

This story has been updated to better describe the timing of the company’s Phase 2 expansion plans.