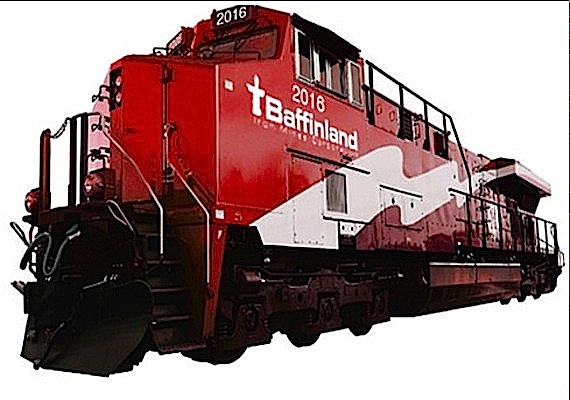 Technical meetings for the second phase of development at Baffinland’s Mary River mine, which would include the construction of a railway to its Milne Inlet port, have been delayed due to the challenge of hosting the meetings by teleconference in response to the restrictions on public gatherings during the coronavirus pandemic. (File photo)

Technical meetings for the second phase of development at Baffinland’s Mary River mine have been delayed again as the impact of the coronavirus pandemic is hampering people’s ability to gather in Nunavut.

The meeting, which was to be held in person in Iqaluit, was rescheduled a week before its March 16 planned start date, as both travel and large gatherings pose a risk of transmission of coronavirus.

The Nunavut Impact Review Board announced the change in a March 12 letter, signed by executive director Ryan Barry.

The letter stated: “In consultation with the Chief Public Health Officer, the Board has determined that this change in meeting format and timing is the most responsible precautionary measure to address concerns around the spread of COVID-19 (Coronavirus).”

The board proposed rescheduling and changing the format of the meeting, to hold it by teleconference with written submissions.

But that plan is now on hold, according to a March 17 letter posted to the board’s registry.

“Although the NIRB hoped to be able to issue a revised schedule this week for formal topic-specific teleconferences to discuss technical issues raised by parties to date, the Board understands that the recent directions of public health authorities in Nunavut and across the country involving office, school and day care closures could impact the ability of parties to participate fully in scheduled teleconferences,” said the letter, signed by Barry.

It continued that the board itself was dealing with these changes and how they affect its workplace, including issues with local phone networks and internet while staff are telecommuting.

“Recognizing these developments and the limitations on the participation of parties that may result, the Board will not be issuing a revised schedule for formal technical teleconferences at this time,” the letter states.

This response mirrors concerns voiced by some parties to the meeting, after the teleconferencing format was announced.

Merlyn Recinos, the mayor of Igloolik, said the change presented a “capacity blockage” for communities now tasked with submitting their concerns in writing.

As well, he said the new format required communities to have teleconferencing infrastructure and translators available.

In a letter to the board, Eric Ootoovak, chair of the Mittimatalik Hunters and Trappers Organization, said poor telephone connections would make sharing information at the meeting a challenge.

The HTO also noted that they and other intervenors were not consulted on this decision, unlike the Government of Nunavut, the federal government, Baffinland and the Qikiqtani Inuit Association.

Barry later clarified that a conference call with these parties prior to the format change announcement was to find out how travel bans were affecting these large organizations, rather than to determine the fate of the meeting.

In its recent correspondence, the board said it appreciated the feedback from all participants in light of these changing circumstances.

The board says it will revisit the feedback it has received once the current barrage of logistical barriers has been removed, or organizations have had enough time to adjust to these conditions and find workable solutions.

“In the interim, the Board continues to encourage Baffinland and individual parties to use this pause in the NIRB’s process to engage in party-to-party dialogue regarding outstanding technical issues if possible, and to report any progress on resolution of issues back to the Board and all parties,” the letter states.

It adds that the board will assist in making this dialogue happen by facilitating or mediating, if requested.