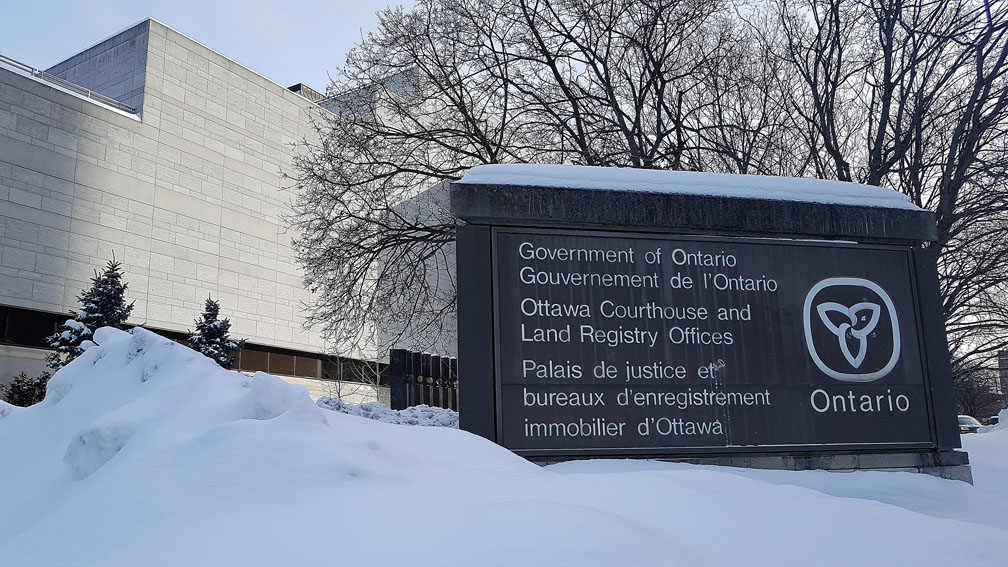 Lennese Kuplu, originally from Igloolik and now an Ottawa resident, made a brief appearance at the Ottawa courthouse on Jan. 30. (Photo by Jim Bell)

That means Lennese Kuplu, 18, will be held in remand until at least that date.

(Although some family members spell the surname as “Kublu,” court documents give her name as “Kuplu.”)

Ottawa police arrested Kuplu this past Jan. 25 and charged her with second degree-murder and offering an indignity to a dead body.

Kuplu, who wore a green sweatshirt and whose long hair was tied back into a high bun, swayed slightly from side to side as she stood in front of a video camera in a room inside the Ottawa detention centre, where she’s being held.

Just prior to her appearance, she had conferred with her lawyer, Mélanie Lord, who told the court she needs more time to meet with Kuplu and to receive disclosure of evidence from the Crown.

The charges against Kuplu have yet to be proven in court, and the body of Kuplu’s mother, Susan Kuplu-Irqittuq, 37, has yet to be found, though police continue work on a difficult search through a big landfill site located in a rural area in southwest Ottawa.

“Searching for a homicide victim’s body is extremely difficult at any time; however this search is compounded by the extreme winter weather and the location being a landfill,” the Ottawa Police Service said in a statement.

They said that search is hampered by extreme cold, high winds, and blowing dust and snow, and that searchers must wear special respiratory equipment due to the presence of decomposing waste.

Kuplu gave clear, direct answers to questions posed by the judge. She then turned to her left and, with her back to the camera, knocked on a window to tell a guard that her court appearance was over.

Shortly after Kuplu’s mother had been reported missing, Brown and Kuplu travelled to Toronto. Following an incident unrelated to the homicide, Toronto police arrested them on Jan. 15 and charged Brown with theft, assault and cocaine possession.

Brown later appeared in court in Ottawa on the murder charge this past Jan. 28. He is still held in remand awaiting trial.

Kuplu and her mother are originally from Igloolik, but were living recently in a social housing unit in a townhouse complex near the Bayshore shopping centre.