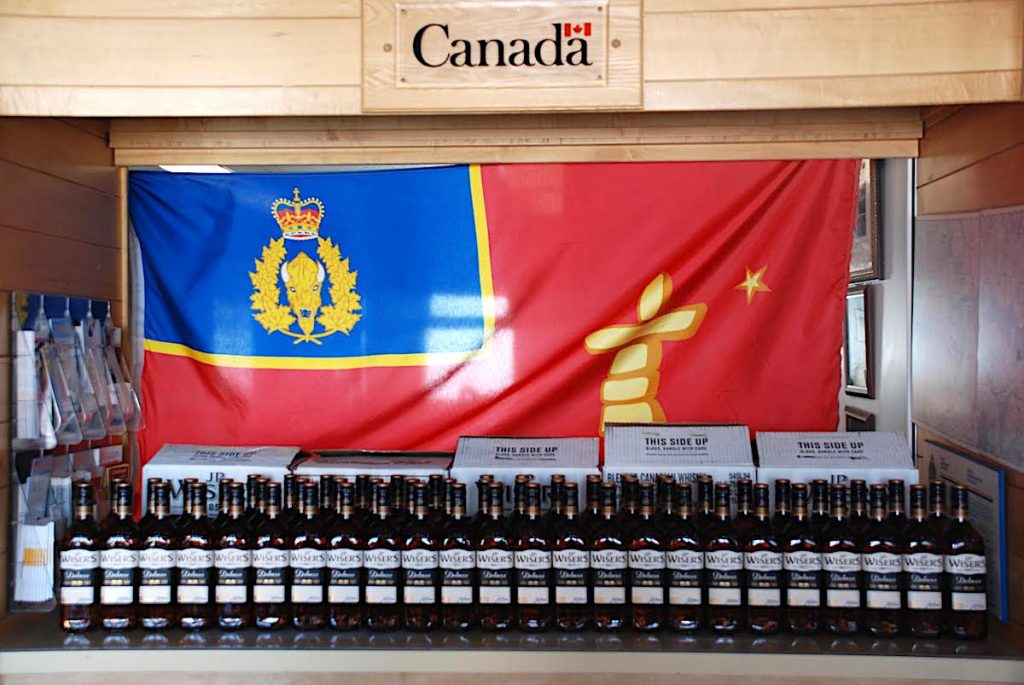 The Nunavut RCMP seized these 60 bottles of whisky on Tuesday, April 21, in Baker Lake. (Photo courtesy of the RCMP)

The police did not identify the woman, although they did provide details about the investigation in a news release.

On Tuesday, April 21, members of the Baker Lake RCMP conducted an investigation into allegations of bootlegging in the community of about 2,000, the release said.

During the course of the investigation, police executed a search warrant at a warehouse, which resulted in a large seizure of alcohol, the release said.

The RCMP seized 60 26-ounce bottles of whisky, with an estimated street value of $15,000, according to the release.

A woman was charged with keeping liquor for sale without lawful authority to do so, contrary to the Liquor Control Act, the police said.

Her next scheduled court appearance is July 27 in Baker Lake.

You can also text a tip to Crime Stoppers, by texting NWTNUTIPS plus your message to 274637 (CRIMES). The RCMP says this process is completely secure and anonymous.

And if you, or someone you know, is struggling with alcohol addiction or substance abuse, you can contact the Kamatsiaqtut Nunavut Helpline at 1-800-265-3333.