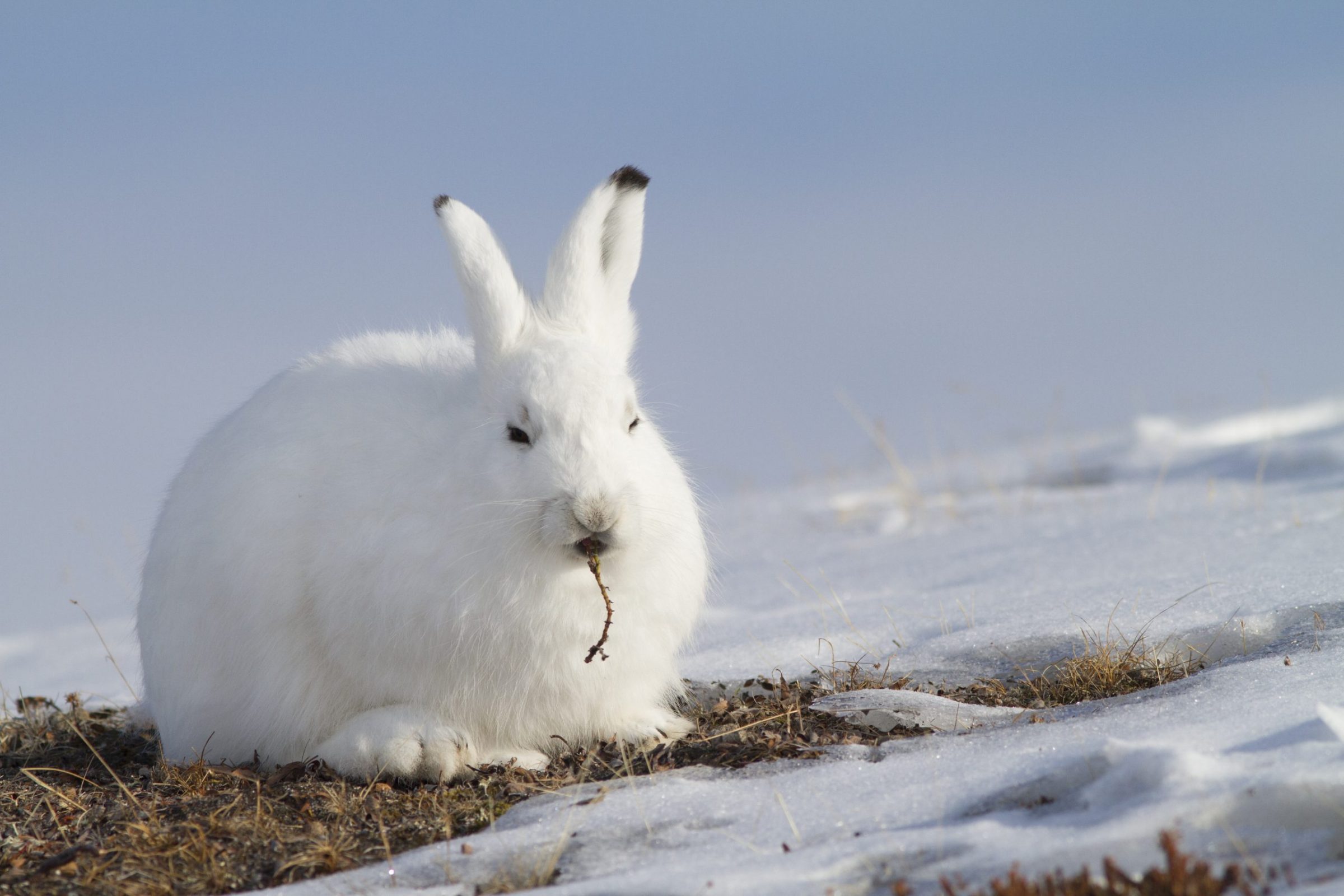 Researchers tracking the movements of Arctic hares on Ellesmere Island discovered that one, similar to the one seen here, travelled a distance of 388 kilometres. (Photo courtesy of Nicolas Bradette)

During the summer at Canadian Forces Station Alert, which sits at one of the northernmost points of Nunavut’s Ellesmere Island, Arctic hares mate and breed. As fall approaches and temperatures drop, the hares are a less common sight as they migrate south in search of food.

Where do these hares go when they migrate? And, how far do they travel?

A study recently published in the journal Ecology found Arctic hares in Alert travel hundreds of kilometres during their end-of-summer migration, including one that travelled a “record-setting” distance of 388 kilometres.

The study was conducted by researchers from the Université du Québec à Rimouski and the Department of National Defence over the course of several months beginning in spring 2019.

The research team fitted 25 hares with satellite trackers, which provided daily location updates of where each of the hares had travelled.

The hare that travelled the “record-setting” journey was a two-year-old female named BBYY, says Dominique Berteaux, an ecologist and Canada research chair on northern biodiversity at the Université du Québec à Rimouski.

At least 20 of the hares had travelled anywhere between 113 and 310 kilometres, from Alert to an area around Lake Hazen in Quttinirpaaq National Park and back, the study found. But BBYY’s journey was 388 kilometres over 49 days.

“No study had ever shown that this kind of animal would move [that] far away from where they live,” Berteaux said. “The main surprise was that one individual would move that much. That was the point of this paper.” 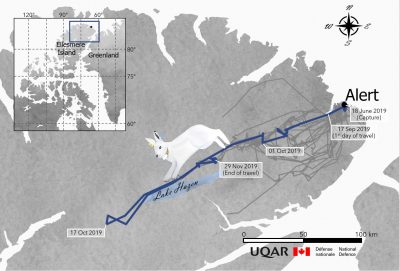 This map shows the distance travelled by BBYY, an Arctic hare that travelled 388 kilometres across Ellesmere Island in 2019. (Map courtesy of Émilie Desjardins)

BBYY was captured and fitted with her satellite collar on June 18, 2019. According to a map of satellite locations, for the next few months she stayed in the area surrounding Alert before beginning her journey south on Sept. 17. A month later, she had already travelled nearly two-thirds of the distance she would eventually cover, appearing on the map southwest of Lake Hazen. On Nov. 29, her journey ended, north of Lake Hazen.

Arctic hares are an important prey species in the ecosystem on Ellesmere Island and throughout the Arctic tundra, Berteaux says, and understanding their behaviour is important to ongoing conservation efforts in Quttinirpaaq National Park and its surrounding areas.

“Understanding the movement of animals is very important for conservation, for management, and for understanding wildlife,” he said.

As the data from the 2019 hare research continues to be analyzed, Berteaux says he looks forward to returning to the North, continuing his research and collaborating with Inuit elders and hunters to benefit from their knowledge of the land and Arctic animals.

“For all of us who study wildlife, it’s quite important,” he said. “When we work with the elders and the hunters, we learn a lot about wildlife.”