Be careful on Frobisher Bay while ice breaker works this week, says City of Iqaluit 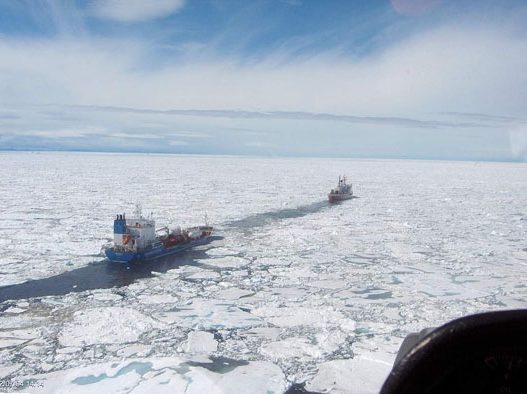 CCGS Henry Larsen escorts a fuel tanker through the ice of Frobisher Bay towards Iqaluit in 2012. (Photo courtesy of Environment Canada)

People in Iqaluit should be careful when travelling on Frobisher Bay this week because a coast guard ice breaker is working in the area.

The Henry Larsen will remain in the bay this week, providing ice-breaking efforts as needed, until the tankers leave the area. That is expected to be between Dec. 3 and 5, according to the city’s statement.

“The ice breaker will be leaving an open water track during this time,” states the public service announcement.

The public service announcement provides a contact with the Canadian Coast Guard for anybody who has questions, concerns, or wants to let the coast guard know of any activity going on in the area while the ice breaker is there.