Calls for better dental care grow ahead of Nunavut election 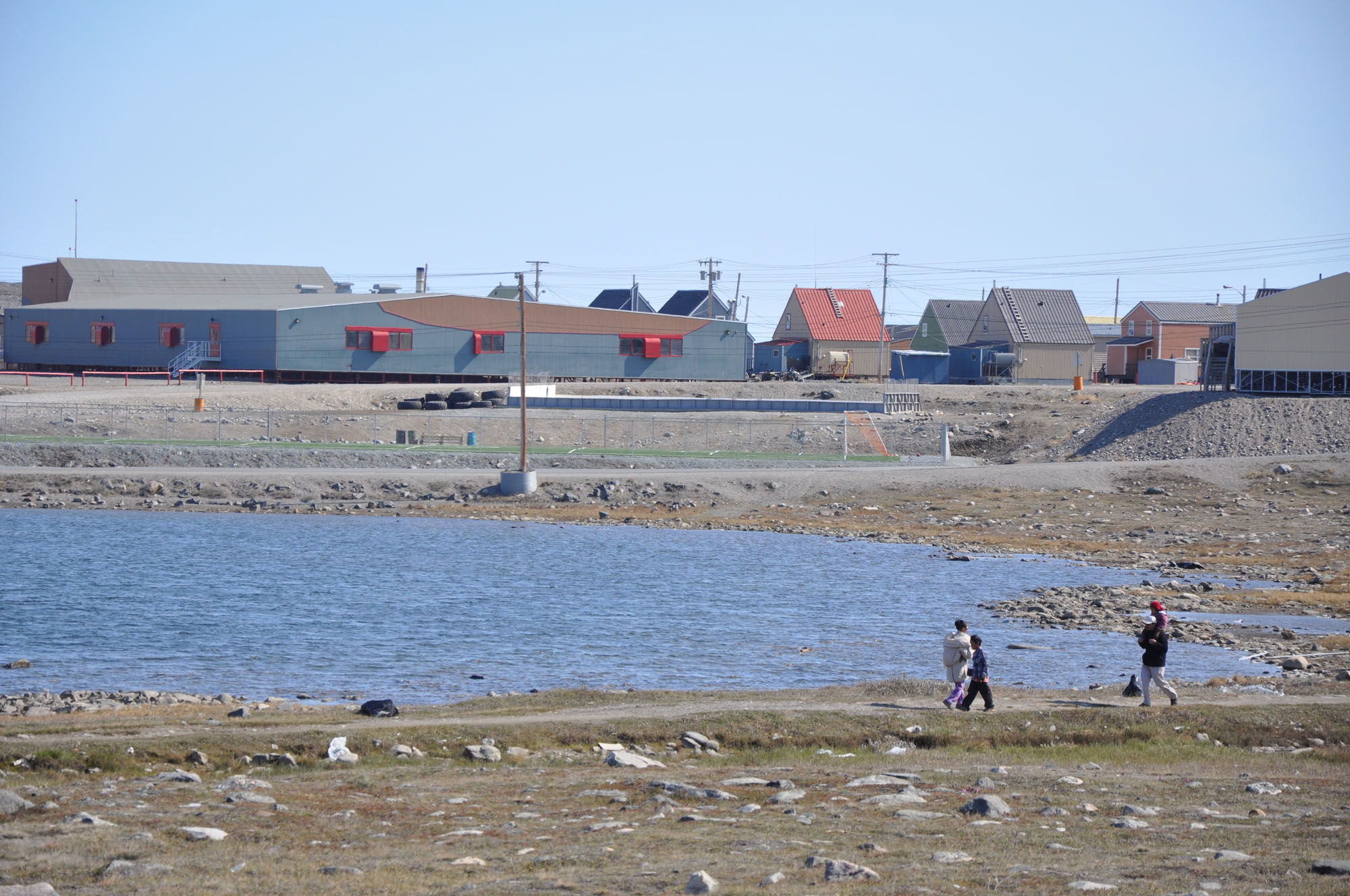 Rankin Inlet’s new private dental clinic is calling on MLA candidates to commit to changing government policies that leave some children in the Kivalliq capital suffering for weeks or even months. 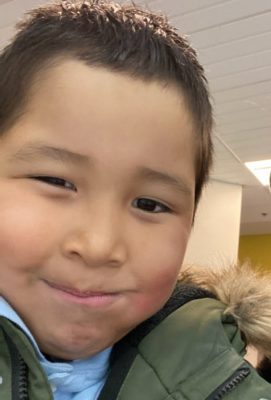 Yvon Kubluitok of Rankin Inlet is seen in October 2020, at age 5, when he had a swollen cheek caused by dental problems. His mother, Taina Aliyak Kubluitok, says she had to wait a year and a half before receiving a call that her son could be flown to southern Canada for treatment. (Image courtesy of Taina Aliyak Kubluitok)

“It’s heartbreaking that children have to suffer so long,” a Facebook post from the Northern Smiles Dental Clinic on Oct. 7 said.

Since opening on June 15, staff at the clinic have seen “countless children in dental pain,” the post said.

Many of those kids need sedation, which requires a referral by the Government of Nunavut to a clinic in the south, said the post.

“With the current policies in place in Nunavut, sedation services to children can only be provided in the hospital in Iqaluit,” the post said.

The referral request through the GN can take several weeks or even months, the clinic said.

“This shouldn’t be the standard of care especially for children,” said the post.

Nunavut’s Health Department did not respond to a media request by deadline.

Taina Aliyak Kubluitok told Nunatsiaq News that she took her then-five-year-old son to the government clinic a year and a half ago.

It wasn’t until the end of September 2021 that she said she received a call from medical travel informing her that her son had an appointment and had to fly out the next day.

But in the meantime, Kubluitok had taken her son to the new private clinic in June.

“I went to the new dental clinic, got X-rays and got the problem teeth taken out on the first visit,” she said.

Her daughter went to the government clinic in March 2020 and has been waiting for a referral ever since.

In June, she took her daughter to the new clinic, which she said resubmitted her request for a referral.

But Noah said, as far as she knows, the GN still hasn’t approved the referral request.

“In between those times she’s had two tooth infections and required antibiotics. Her poor face was swollen and in so much pain,” she said.

The Northern Smiles Dental Clinic said in its post that “given the gravity of the situation, we propose that the health centre in Rankin Inlet be equipped to provide sedation services so that all children suffering from dental pain can promptly be treated locally, skipping bureaucracy and wait times.”

Nunatsiaq News reached out to five of the six candidates running in the two Rankin Inlet ridings. Albert Aokaut was the only candidate without contact information on Elections Nunavut’s website.

“Day surgeries [and] child dental care need to be done here,” Kusugak said in an email to Nunatsiaq News.

“We need to support their call for putting attention to this issue.”

Curley said in an email he also supports sedation services at the local health centre.

“Nunavummiut and MLAs must agree [that] dental services must be improved.” 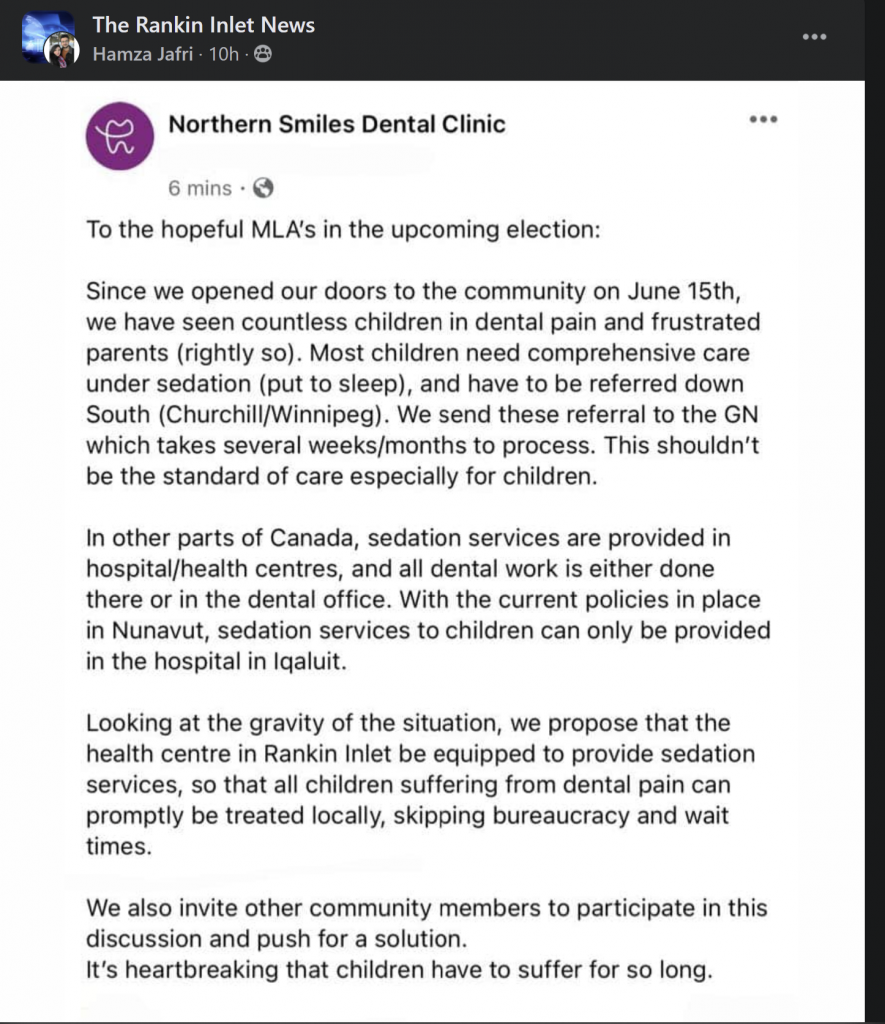 The Northern Smiles Dental Clinic in Rankin Inlet is calling for changes to government policies to allow sedation of children in the community, so that more children could receive dental care without medical travel. (Screenshot)