“Life can go on now” 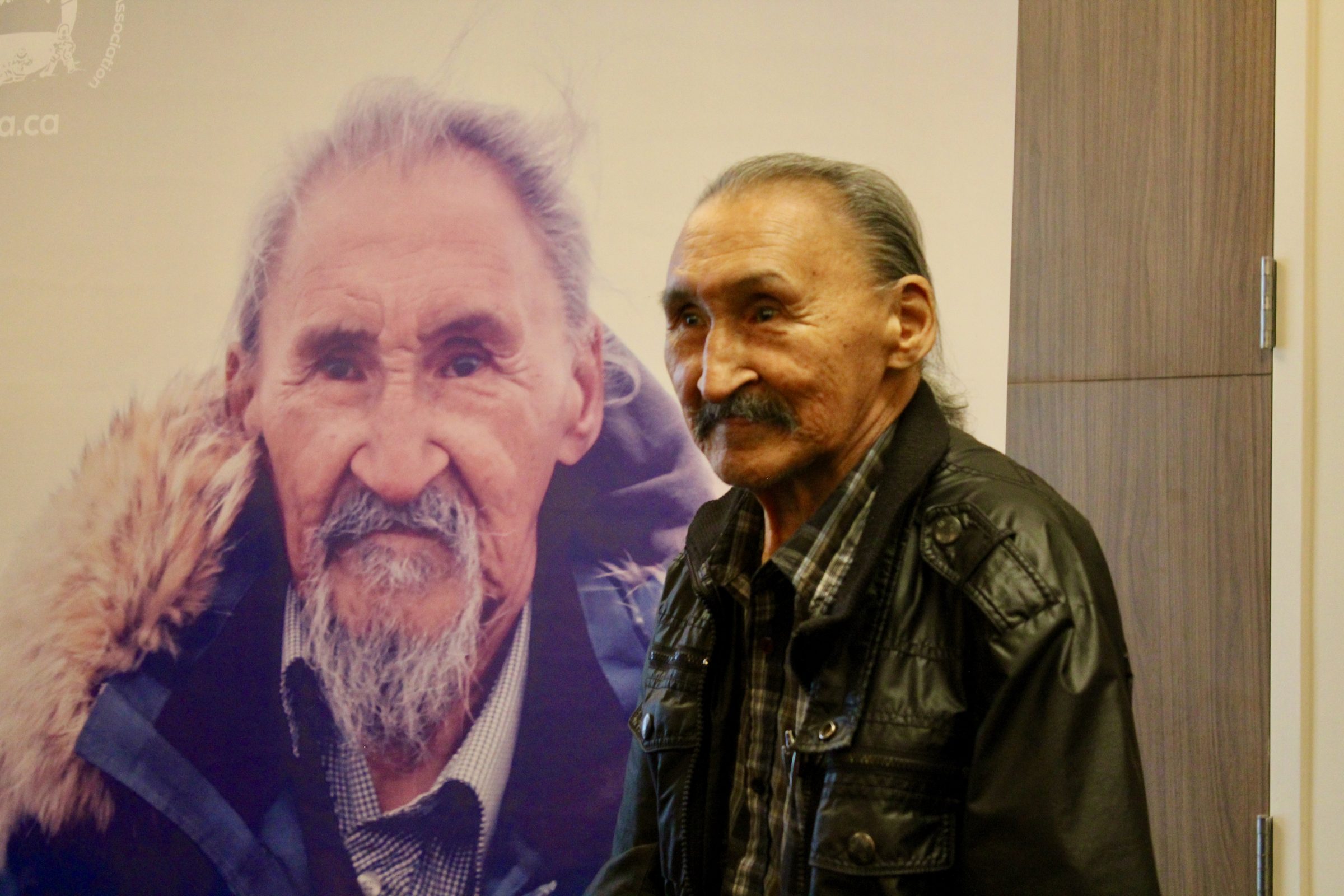 John Amagoalik, sometimes known as the “father of Nunavut,” stands in front of a QIA poster at Wednesday’s apology ceremony at Iqaluit’s Frobisher Inn with a photo of himself and his quote: “In order for forgiveness to be given there must be truth and an acknowledgement of what happened.” (Photo by Emma Tranter)

It was standing room only at Iqaluit’s Frobisher Inn when Carolyn Bennett, Canada’s minister of Crown-Indigenous relations and northern affairs, apologized to Qikiqtani Inuit on Wednesday, Aug. 14.

Bennett apologized on behalf of the federal government for colonial practices imposed on Inuit from 1950 to 1975, including sled dog killings, forced relocations and family separation.

“Without any consultation, and often without any clear explanation, the Government of Canada promised Qikiqtani Inuit a better life by beginning to administer southern solutions on the northern way of life. However, in reality, we forced the removal of your children, robbed you of independence, and did not treat you with the dignity you have always deserved,” Bennett said.

This mistreatment was documented by the Qikiqtani Truth Commission from 2007 to 2010, through interviews with almost 350 witnesses during 16 public hearings across the region.

The apology comes in response to the commission’s final report, released nearly 10 years ago in 2010.

QIA flew in 40 elders from across Nunavut’s Qikiqtaaluk region to attend the apology.

“As the Qikiqtani Truth Commission outlined in its final report, the changes to Inuit life from 1950 to 1975 were rapid and dramatic,” Bennett said. 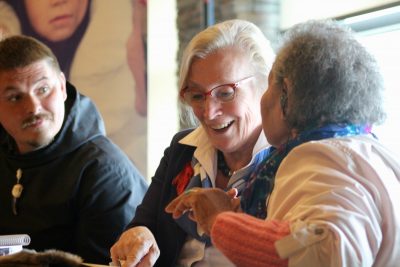 Crown Indigenous Relations minister Carolyn Bennett and QIA president P.J. Akeeagok sign the memorandum of understanding between QIA and the Government of Canada as part of Wednesday’s apology to Qikiqtani Inuit. (Photo by Emma Tranter)

“We failed to provide you with proper housing, adequate medical care, education, economic viability and jobs. We took away your independence by imposing our own priorities and forcing you to survive in a difficult environment and in locations that were not of your choosing, nor your traditional home.”

Bennett also announced a memorandum of understanding between the QIA and the Government of Canada to work in partnership in response to the commission’s findings.

That partnership includes $15 million for QIA’s legacy fund, over $2 million for Inuit history and governance programs, and over $1.2 million for a travel and healing program for Inuit affected by the Dundas Harbour relocation and the closing of Kivitoo, Paallavvik and south camp communities.

Another $2.9 million will be dedicated to a qimmiit revitalization program, with $100,000 being given annually to the Nunavut Quest sled dog race from 2020 to 2027.

“We recognize and pay tribute to Inuit resilience. It is my hope that we will rebuild trust and embark upon sincere efforts towards achieving Saimaqatigiingniq,” Bennett said.

Saimaqatigiingniq refers to when past opponents get back together, meet in the middle, and are at peace. 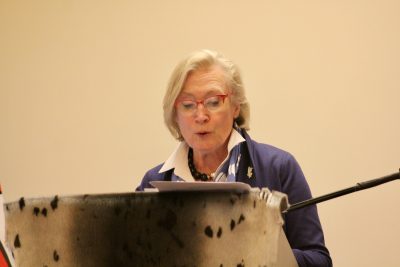 Listening to Bennett and others speak that afternoon, Pangnirtung elder Joanasie Qappik, 83, said when an apology such as this one is made, it influences everyone.

“When there is forgiveness, then everyone comes into peace,” he said in Inuktitut.

“When there’s been a conflict, whether it be about the dogs, relocation, or any type of issue that is surrounding the problem … until there’s apology, everyone around them will be feeling it, the animosity.”

Qappik said although the apology took many years to happen, he feels forgiveness was needed.

“The way it was done, through the Inuit way, they’ve always dealt with issues like that, to get to the point and that’s what we felt today…. Apologizing the Inuit way in order to reconcile.”

“Now that there’s been an apology, we can now say that [we] are no longer worried.”

“Instead of becoming angry about it, instead of fighting back, what we chose to do was peacefully to work it out such as how we dealt with it today. What you witnessed today,” he said in Inuktitut.

“Everyone who was here witnessing the apology was at peace, they seemed peaceful and content.” 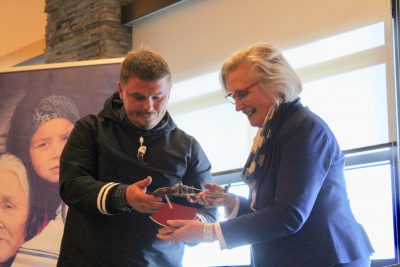 Madeleine Redfern, Iqaluit’s mayor and the former executive director of the Qikiqtani Truth Commission, said the commission heard that the history of mistreatment of Qikiqtani Inuit is complex.

“There is no single experience,” she said.

“There were so many times where people had experienced such a tremendous amount of harm, whether it was being removed and separated from their family to be sent down south for tuberculosis treatment, not knowing where your loved ones were.”

In March, Prime Minister Justin Trudeau apologized in Iqaluit for the mistreatment of Inuit tuberculosis patients the decades following the 1940s.

“It took this long for the recognition and the realization that an apology is needed and necessary. At the same time, I remember a Cape Dorset elder saying that you can’t demand an apology…. That an apology needs to be sincere, and it comes from the person or the entity that has done wrong,” she said.

“So in many ways I do believe, despite the fact that it has taken 12 years, it’s much more meaningful if it really is sincere.”

Redfern also said she felt a sense of hope in the room during the ceremony.

“For many, many Inuit, this is a step in a process. A necessary one. A difficult one. There’s a lot of hope that this will be the beginning of true change.”

Although the truth commission was only required to produce one report from its findings, it produced several sub-reports in addition to histories of the 13 Qikiqtani communities.

That information, Redfern said, is critical in order to move forward.

“The legacy of this commission is that body of work. And it came from Inuit sharing their most traumatic and painful experiences to an Inuit commission. I think that was significant.”