Voters across the country will go to the polls Oct. 21 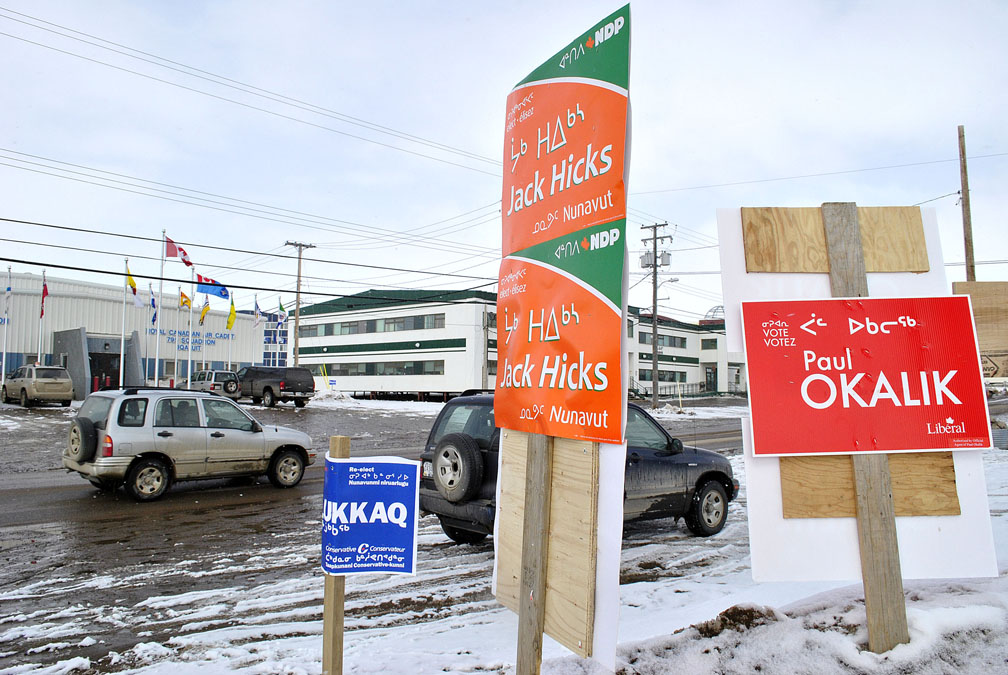 Campaign signs are displayed in Iqaluit during the 2011 federal election. (File photo)

The ruling Liberals hope that their candidate for Nunavut, Megan Pizzo-Lyall, will become the territory’s next MP.

The Rankin Inlet resident, whose nomination received the prime minister’s blessing when he visited the territory last month, currently works as manager of operations for the Inuit investment bank, Atuqtuarvik Corp.

She will face tough competition from the Conservatives’ Leona Aglukkaq, who served as the territory’s MP for two terms.

Nunavut’s current MP, Hunter Tootoo, who ran as a Liberal and currently sits as an Independent, won’t be seeking re-election.

Nunavut’s New Democrats plan to nominate their candidate this Thursday, Sept 12 at a meeting at the Sylvia Grinnell Park Pavilion at 7 p.m.

The Green Party confirmed late this morning that Douglas William Roy is their Nunavut candidate.

And the People’s Party of Canada, led by Maxime Bernier, has Peter Scholz of Arviat listed on the Elections Canada nomination contest database as having won the PPC nomination by acclamation.

However, Scholz told us today that he is not the PPC candidate for Nunavut and that the information published by Elections Canada is false.

The PPC has yet to announce another candidate for Nunavut.

(An earlier version of this story contained different information about the Green and PPC candidates for Nunavut.)