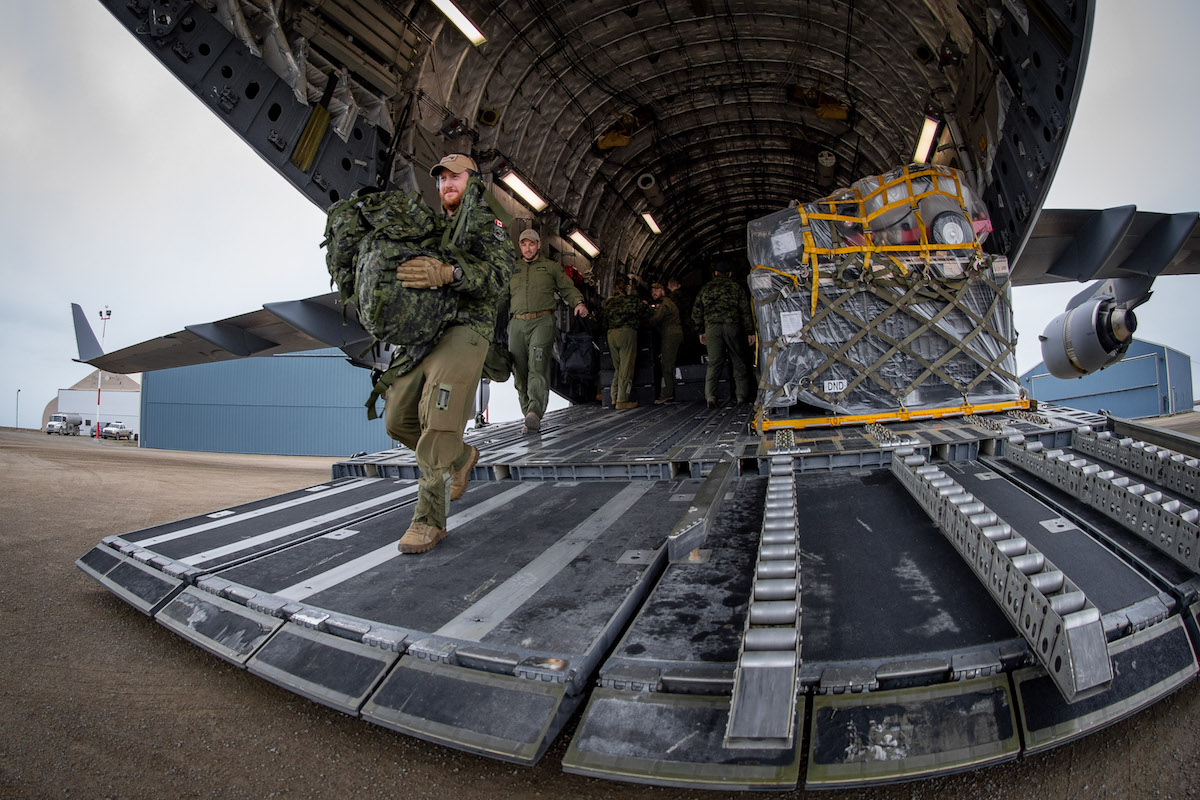 From now until the end of August, members of the Canadian Armed Forces plan to keep a close eye on marine traffic in the Northwest Passage.

That’s the main focus of the Nanook-Nunakput military operation underway in and around Cambridge Bay, and all the way to Pond Inlet.

“We’re going to be sending people along the Northwest Passage in a surveillance operation because the Northwest passage has opened up for more navigation,” said Major Gabriel Martin-Benoit, the task force commander for Operation Nanook 19, from Cambridge Bay.

That surveillance effort involves 126 Canadian Forces members from the 2nd Battalion, the Royal 22nd Regiment, the 1st Canadian Patrol Group, the 440, 408 and 442 Squadrons and Joint Task Force North, who are backed up by aircraft including Griffon helicopters, Twin Otters, a Buffalo, a Globemaster and a Hercules.

The big operation is part of the Canadian Forces mandate to maintain sovereignty, said Martin-Benoit.

“We want to make sure we know what’s going on in the North,” he said.

That’s an important item because Canada says the Northwest Passage constitutes internal waters, although the United States claims the passage is an international strait that the vessels of any country have the right to traverse.

During the exercise, which started on Aug. 11 and ends on Aug. 30, the base of operations will remain in Cambridge Bay, at a camp set up near the North Warning System site by the airport.

Others involved will fan out from Kugluktuk to Pond Inlet, with one group stationed on Jenny Island near the Franklin wrecks.

Along the passage, they will be keeping a look-out for boats that haven’t reported their presence to authorities, but Martin-Benoit said their task is only to observe and report.

This August will see eight cruise ships heading though the passage, as well as other vessels of various sizes.

Security and safety issues such as threats from ship-borne terrorists, drug dealers, poachers, artifact hunters and illegal refugees have long been a concern in Cambridge Bay, which has already seen its share of problems due mainly to visitors arriving by yachts and other watercraft.

These include jet-skiers who wanted to go through the Northwest Passage for a reality television show and ended up being rescued, misbehaving private yacht crews like those on board the Fortrus, who partied on illegal alcohol and set off fireworks, and the Berserk II’s wild Vikings who were in Canada illegally.

Since last year’s grounding of the Arctic cruise ship the Akademik Ioffe near Kugaaruk, which required a major evacuation and remediation effort, safety issues have also again been raised with respect to people and the environment.

Operation Nanook will also involve a mock rescue of a badly injured person from some point along the Northwest Passage.

A community day is also scheduled to take place on Wednesday, Aug. 28, in Cambridge Bay.

The entire exercise is part of a revamped operations schedule in the North. Last year, Operation Nanook combined with Operation Nunalivut and Operation Nunakput to become an umbrella operation covering exercises that will take place at various times throughout the year.