Canadian North plans to reduce the number of flights across, and to and from the North, starting on Wednesday, March 18. (File photo)

Canadian North is reducing service on its routes to Arctic communities due to the COVID-19 pandemic.

“To serve our customers while supporting the ongoing efforts of public health agencies to contain this outbreak, we will implement temporary schedule changes,” said Chris Avery, Canadian North’s president and CEO, in a release today.

This schedule change goes into effect on Wednesday, March 18.

Makivik Corp., which owns Canadian North and Air Inuit, said in a release that medical and cargo services to the region would not be affected.

For smaller community routes, passenger service will be reduced from daily to every other day, except where demand is sufficient to warrant additional capacity, Canadian North’s release said.

“This schedule change will be in effect for the next seven days, however, we expect to extend this timeline in the near future,” Avery said in the release.

The airline’s team will talk with all levels of government, Inuit stakeholders and customers “to ensure that we understand their needs and priorities,” he said, calling it “an evolving situation.”

“We will continue to monitor our passenger and cargo loads and will make further adjustments as required, just as we normally do, albeit with heightened urgency,” Avery said. 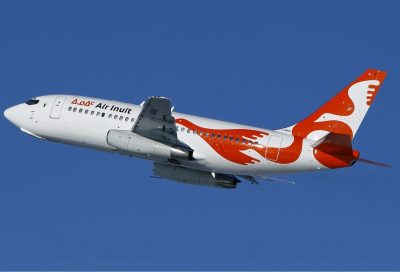 Air Inuit plans to take similar measures to reduce its passenger service in the Ungava and Hudson regions of Nunavik, Makivik said.

Air Inuit has already announced preventive measures against COVID-19, as has Canadian North.

Nunavik leaders have called for travel restrictions to the region in response to COVID-19.

“We know the painful history of epidemics that have ravaged across the small Arctic communities over the years. Our elders remember the scourge of tuberculosis, as well as the rapid spread of German measles that killed many Inuit in the 1950s. Taking immediate action to essentially close the Arctic is important to protect our population from this new virus,” said Makivik president Charlie Watt in a news release.

Calm Air, which serves Nunavut’s Kivalliq communities, also said in an announcement posted on social media late Tuesday that it was also reducing its schedule.

“In light of COVID-19 and the changes in demand Calm Air is continuing to take precautionary measures to best protect our passengers and staff. That being said we are temporarily reducing our schedule.”