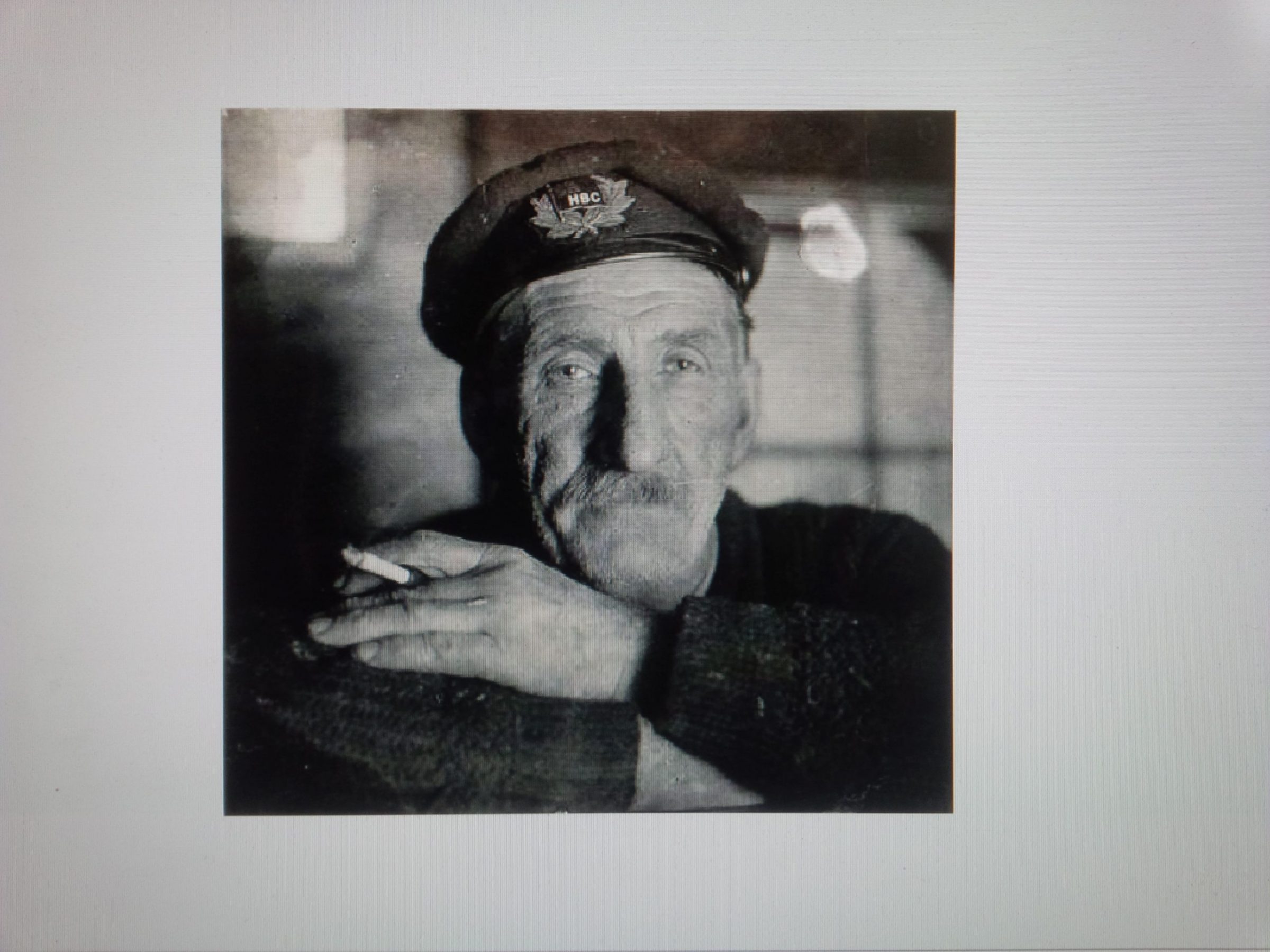 George Cleveland came north as an American whaler and ended up working for the Hudson’s Bay Company in the early 1920s. He has numerous Inuit descendants throughout Nunavut. (Photo by Therkel Mathiassen, courtesy of the National Museum of Denmark)

This story is an old favourite. Of all the Christmas stories I have published in Taissumani, Captain Cleveland’s Christmas has been the most popular. Perhaps that is because the legendary Cleveland is the ancestor of numerous Inuit in Nunavut. He never married but he fathered children with a number of Inuit women in the Kivalliq. Most of them are proud to be included among the descendants of the old rascal. So I’ve chosen to “re-gift” that story this year.

Cleveland never tired of telling people that his name was George Washington Cleveland, the implication being that he bore the name of America’s first president. In fact, that wasn’t his name at all. He was born in 1871 as George Gibbs Cleveland. Inuit called him Sakkuartirungniq — the harpooner.

Here is the story of the day he offered to cook Christmas dinner:

George Washington Cleveland came north as a whaler and remained as a trader in the northern part of the Kivalliq region. He was eccentric and independent, and left behind many descendants in the North. Some of those reading this column will be his grandchildren and great-grandchildren.

Cleveland met Peter Freuchen, the great Danish explorer and raconteur, in the 1920s at Repulse Bay and they passed Christmas together. Some of Freuchen’s descendants may also be reading this story. These two men provided the ingredients for a good Christmas yarn from the prolific pen of Freuchen.

“Captain Cleveland was quite a person and not without merit. He lived there, the only white man, and his word was law over a district larger than many states in the United States.

“Cleveland was a great character. When we asked him, during our first meal together, whether he would object to our bringing out a bottle of our famous Danish schnapps, he assured us that we could make ourselves at home in his house as long as we desired. ‘In fact,’ he assured us, ‘liquor is my favourite drink — any kind and any brand.’

“He was limited to six bottles a year ‘for medicinal purposes.’ But, as he was usually ill the very day after the ship arrived with the year’s supply, he almost never had any left over for subsequent illnesses.

“Captain Cleveland boasted of his cooking and said that he would prepare a Christmas dinner of eight courses, no more and no less. At two o’clock he would start to work, but to gather physical strength and morale for the ordeal he would first have a drink or two. He gulped them down, and we listened to some of his stories. When it was lunchtime he asked me to prepare it, as he would need all his strength and enthusiasm for the dinner. He was going to cook us a dinner of five courses, no more, no less, just to show us that one of the best cooks in the world lived at Repulse Bay.

“But he needed a little drink to fortify himself. And after some moments he said that he was about to prepare us a dinner, a real Christmas dinner, of four courses, no more, no less. But surely a man deserved a drink before he commenced work.

“He was almost stiff after that, but the three-course dinner he was about to prepare would be better than anything we had ever tasted — especially as he was to serve us caribou roast. First, of course, it would have to thaw out, and while it thawed he would occupy his time with a little drink. Unfortunately he took the drink first, and the caribou meat remained outside in a temperature of forty below.

“By this time the rest of us were ravenous. Captain Berthie [of the Revillon Freres trading company], who had come up for Christmas, volunteered to cook the dinner himself, but Cleveland vetoed the idea. No, sir, he would cook us a real Northern Christmas dinner. He knew that we did not believe in many courses, nor did he. There would be just one course, but it would be caribou roast like nothing we had ever tasted.

“It was rather difficult for him to stand now, but he asked me to help him, and I got him into the kitchen where we discovered, much to our amazement, that the meat had not come in by itself. It was still outside frozen hard as a rock, but Cleveland said, ‘To hell with it; we’ll put it in the oven and let it thaw out while it roasts.’

“Cleveland proceeded with his incredible yarns, but was interrupted by the odour of something burning. We rushed out and found the kitchen full of smoke. It was, however, only the meat roasting as it thawed.

“He and I now proceeded with the meal. Cleveland was actually a fine cook. Quickly he took the meat from the oven and carved away the burnt portions. By now the interior was thawed out and ready to roast.

“Finally it was ready, a tender, delicious roast. And now came the time for the great Cleveland specialty — gravy. He poured the juice from the meat into a pot and stirred up a delicious fluid. I know, because I tasted it.”

This column was previously published on December 21, 2007.

Taissumani is an occasional column that recalls events of historical interest. Kenn Harper is a historian and writer who lived in the Arctic for over 50 years. He is the author of “Minik: the New York Eskimo” and “Thou Shalt Do No Murder,” among other books.
Feedback? Send your comments and questions to kennharper@hotmail.com.