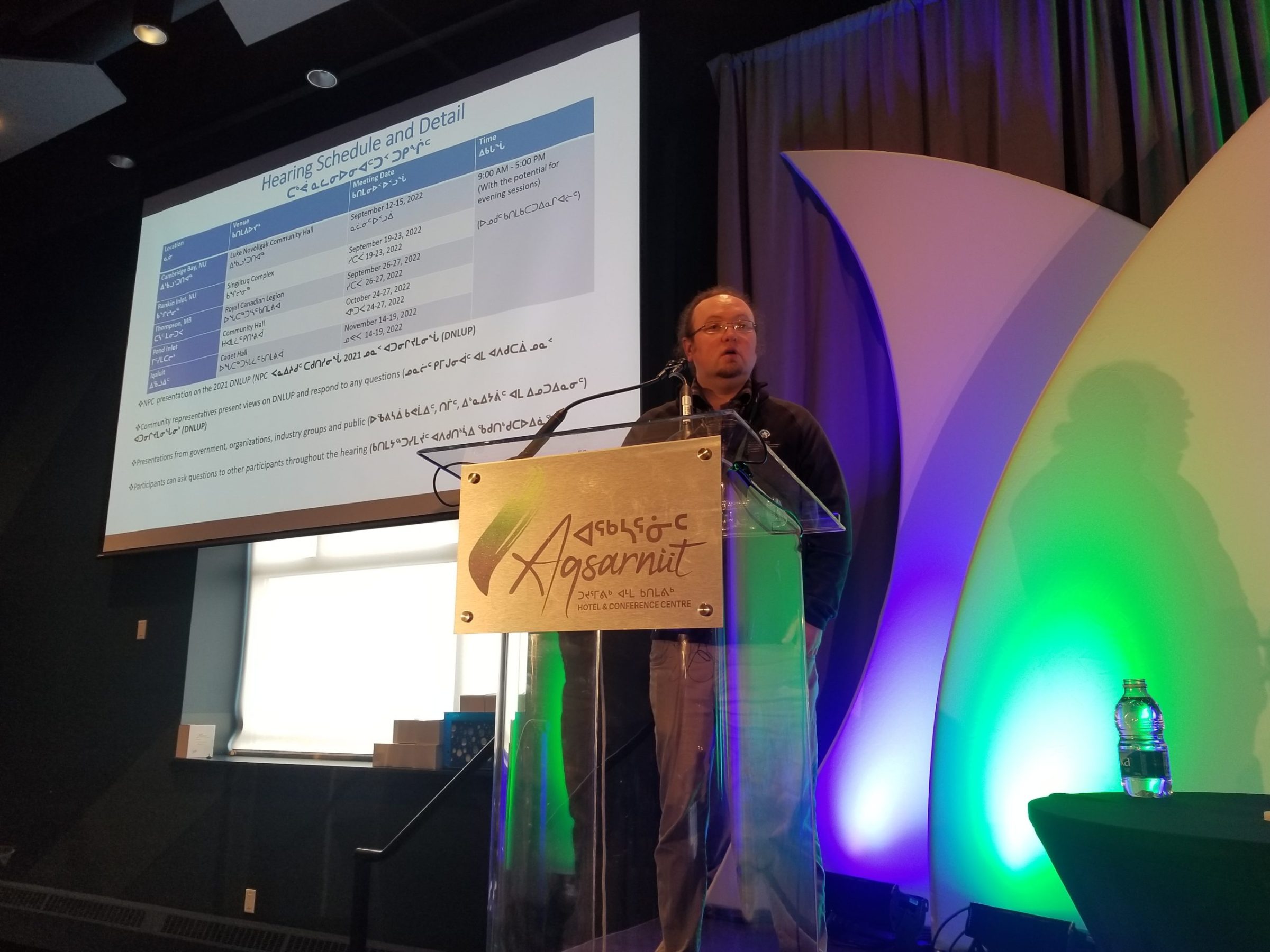 The Nunavut Planning Commission says caribou protection is the top concern it hears about when it comes to its draft land-use plan.

An overview of the plan was presented by director of policy and planning Jonathan Savoy and executive director Sharon Ehaloak at the Nunavut Mining Symposium in Iqaluit Wednesday morning.

The commission gathered data on caribou habitat, such as what they are sensitive to, from the Government of Nunavut’s collar tracking program and Inuit Qaujimajatuqangit, or traditional knowledge, Savoy said.

“The commission has received extensive information on … a variety of perspectives on how [caribou] should be managed within these areas,” he said.

It considered information on calving areas, post-calving areas and fresh water crossings for caribou, to determine which sites should be protected or be permitted for commercial use.

It differs from the 2016 draft by having more protected areas — 22 per cent of land that commercial activity will not be allowed on — while protecting mining companies’ existing rights by making it easier to amend the plan for future development, among many other changes.

Ehaloak said the process has been difficult.

“Is it perfect? No, it’s a draft,” she said Wednesday at the symposium at the Aqsarniit Hotel in Iqaluit. “The commission’s task is daunting, but we’re up for that challenge.”

Savoy referred to other animals’ needs as well as development plans that shaped the draft, such as polar bears and their denning areas, walruses and their sensitivity while resting during the summer, and potential sites of travel development.

For example, land that could potentially be used for Kivalliq-Manitoba transportation routes has been designated as a limited use area so it can be used for future development, Savoy said.

But other infrastructure projects, such as Kitikmeot’s Grays Bay and Bathurst Inlet port and road projects have not been protected in the plan, he said.

Savoy said the commission collected information on about 10,000 locations by interviewing Inuit about what parts of the land they use for activities such as camping, fishing or harvesting.

This information could be used by companies when they research an area for business, he said.

“As a proponent going into an area, you can have, perhaps, an extensive list of why communities have identified your project footprint as being important. That can be a big help,” Savoy said.

The commission has scheduled public hearings in Cambridge Bay, Rankin Inlet, Pond Inlet, Iqaluit and Thompson, Man., between September and November this year.

It plans to close the public record on the hearing on Jan. 10.

“This is not the Nunavut Planning Commission’s plan. This is Nunavut’s plan,” Ehaloak said.

“It’s critical that Inuit have a voice in this plan and that it’s heard, as well as industry, government and anyone who is interested in this territory.”

The four-day symposium wraps up Thursday.