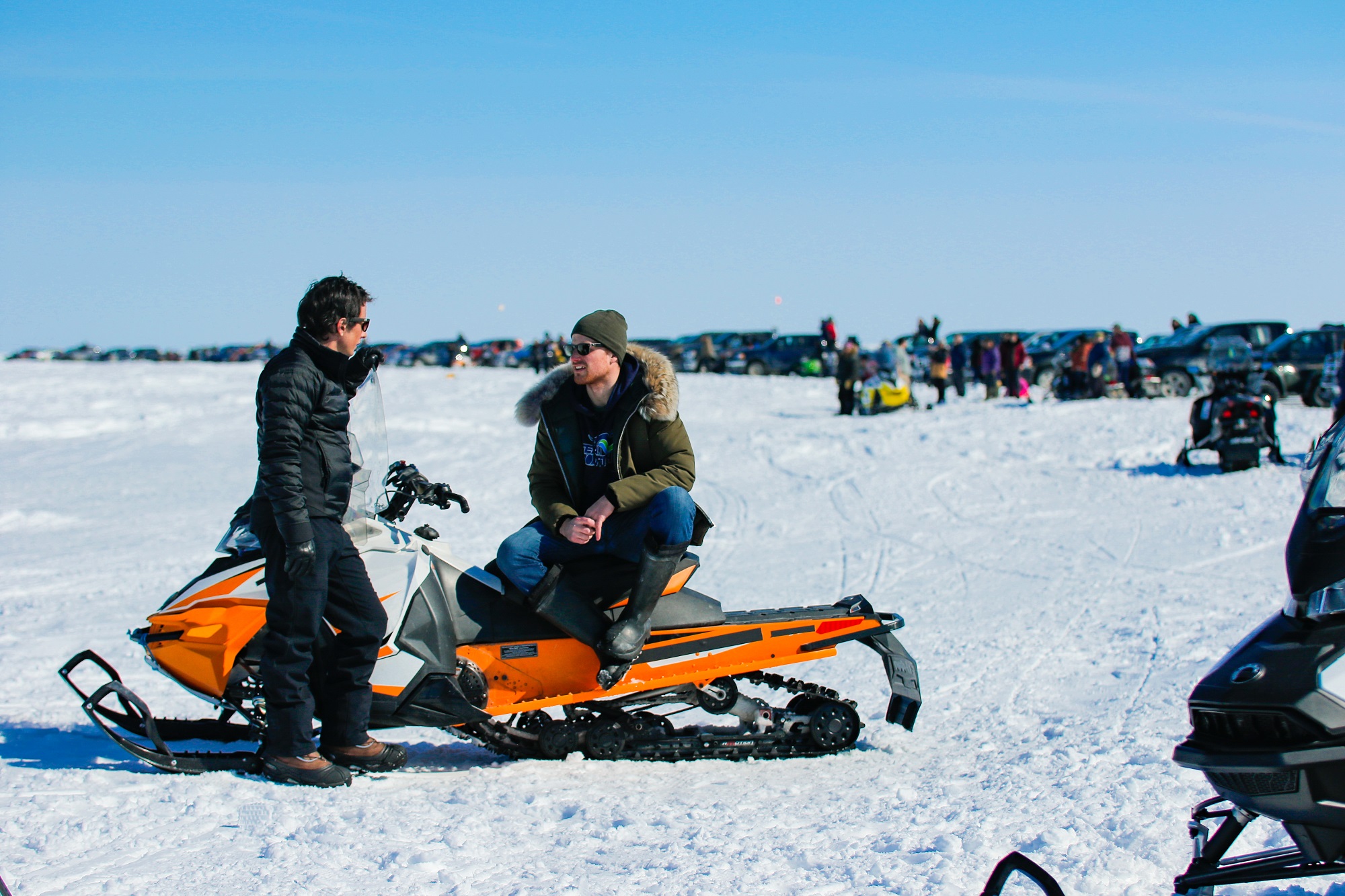 Jonny Harris chats with Dave Clark on the sea ice during Rankin Inlet’s 2019 Pakallak Tyme. The episode of Still Standing airs on CBC on Tuesday, Dec. 8. (Photo courtesy of CBC)

CBC will air an episode of its comedy series Still Standing next week featuring a visit to Nunavut.

CBC filmed an episode in Rankin Inlet in May 2019 that airs next Tuesday, Dec. 8, as the Still Standing’s season six finale.

It’s the first time the show has ventured to Nunavut.

The episode features Harris doing standup comedy on stage in front of a live Rankin Inlet audience, while the episode is peppered with clips of him meeting different community members and learning about the region’s history.

Harris, himself from a small coastal village called Pouch Cove, delivers some gentle barbs about life in a remote community.

“The cost of airfare is very expensive,” he says. “It’s not the kind of town you can just barge into.

“I mean, you can barge in, but the barge comes from Montreal,” he quips, “and it takes about a month to get here.”

Harris spends his time in Rankin Inlet getting to know some of the residents and local activities. It’s May and peak springtime in the Arctic. He’s invited to Pakallak Tyme — Rankin Inlet’s annual spring festival — to take in the fishing derby and snowmobile races.

If anything, it’s a nice reminder of what life was like pre-COVID-19.

Harris learns about the community’s mining history and its strong hockey culture, and gets a lesson in throat singing.

He also snags an invite to Lynn Rudd’s place for a country food meal — caribou and beluga served up on cardboard on the living room floor.

“I got the recipe,” he says later during his standup routine, “and fortunately, it’s not difficult.”

You can tune into Still Standing on Dec. 8 at 8:30 p.m. local time on CBC television or online on CBC Gem.