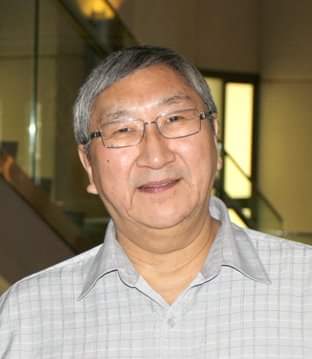 Charlie Evalik was appointed to the Order of Canada for his contributions to the social and economic development of Nunavut. He has served as the president of the Kitikmeot Inuit Association and as a negotiator on Inuit land claims. On Wednesday, Gov. Gen. Mary Simon announced a year-end list of 135 people who will receive the country’s highest civilian honour. (Photo courtesy of Charlie Evalik)

Charlie Evalik said he was surprised to get a call in late November telling him he had been nominated for the Order of Canada.

But now the Inuit leader is one of 135 Canadians to receive Canada’s highest public honour. Gov. Gen. Mary Simon announced a year-end list of appointments on Wednesday morning.

Other appointees with a connection to the north include Kugluktuk’s Asger Rye Pedersen, for his contributions to the growth and development of public government in the North, and Toronto’s Patricia Feheley, for her promotion of Inuit art and culture, according to a news release Simon’s office issued Wednesday morning.

Evalik, who lives in Cambridge Bay, received the Order for his role in the social and economic development of Nunavut.

He is known for his time as the president of the Kitikmeot Inuit Association and as one of the negotiators of Inuit land claims with the Tunngavik Federation of Nunavut. He was president of the KIA from 1996 to 2005 and again from 2008 to 2014.

While president of the KIA, he co-founded Nunavut Resources Corporation, an organization dedicated to ensuring Inuit are involved in the investment of resource development in the North.

Evalik was also involved in trying to develop the Grays Bay Port and Road project and negotiating the Inuit impact benefit agreement for the Hope Bay mining project.

He said resource development was going to happen in Nunavut regardless, so he focused on ensuring that Inuit would be directly involved. Specifically, he wanted Inuit to have control of that resource development and ensure it would not negatively impact the environment.

But taking on roles such as president of an organization or negotiator on land claims are large tasks, and Evalik said he is thankful that his family understood the roles he had to play during that time.

Evalik said he partly attributes his success to working in the Hamlet of Cambridge Bay after graduating from high school in Yellowknife in 1971. During his early career in Cambridge Bay, he was able to learn the administrative skills that would help him in later roles.

For the future of Nunavut, Evalik said he believes young people understand that getting an education is key for being involved in the territory’s development.

While humbled to receive the award, Evalik said he hopes the award shows Nunavut’s young how effective working to improve the territory can be so that they can be the ones to move the work forward.