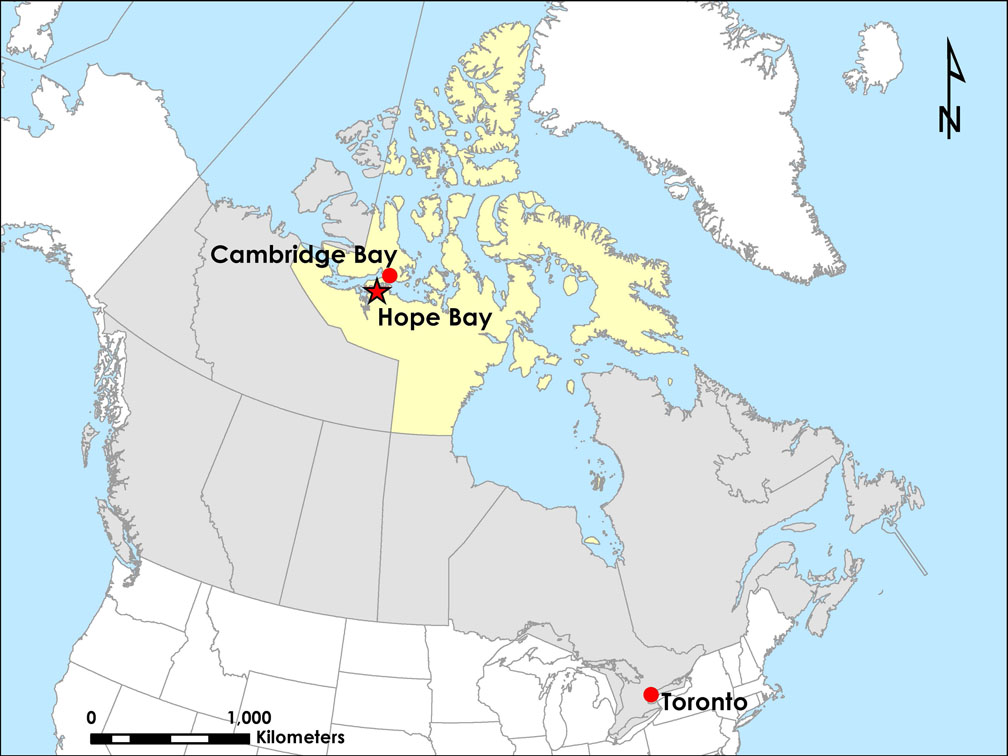 TMAC Resources Inc., which owns the Hope Bay gold mine complex in western Nunavut, is poised to be bought up by a Chinese gold-mining giant.

The Shandong Gold Mining Co. Ltd., better known as SD Gold, is willing to pay $207.4 million for the western Nunavut mine. That’s $1.75 per share in cash, a price that is 4.2 per cent above Thursday’s closing price on the Toronto Stock Exchange.

“We look forward to completion of the transaction and the opportunity to invest in the project for years to come as the generational potential of the camp is unlocked,” said Yumin Chen, chair of SD Gold.

“We look forward to working closely with all stakeholders and local communities in Nunavut to deliver a world-class operation that will benefit the regional economy for generations to come.”

Even before the deal is finalized, SD Gold is also making an equity investment of about US$15 million to support the cost of TMAC’s sealift this year, by buying 12 million common shares.

If the deal goes through, SD Gold commits to much the same path as TMAC.

In the release, SD Gold said it would, among other commitments, maintain contracting benefits to those serving Hope Bay, “including the continuity of existing significant contract business to local, Inuit-owned firms”; keep up the flow of royalties, fees and taxes to Inuit and territorial governments; and continue to grow Inuit employment at Hope Bay.

TMAC’s president and CEO, Jason Neal, described SD Gold as “one of the world’s largest gold producers,” which he said has the “financial strength, technical capability and long-term vision to maximize the value of the Hope Bay camp.”

But the Kitikmeot Inuit Association, which also holds more than one million shares in TMAC, wants to take some time to look at the deal.

TMAC had already signed an impact and benefits agreement with the KIA. Hope Bay sits mostly on Inuit-owned land controlled by the KIA and Nunavut Tunngavik Inc., which over the mine’s lifetime could expect to receive about $400 million in royalties, mineral taxes and other payments.

“KIA supports the Hope Bay Project and all of the benefits it has brought and will bring to Kitikmeot Inuit, and subject to KIA conducting its own due diligence would be supportive of a sale of TMAC to SD Gold, if KIA determines the proposed sale satisfies KIA’s mandate,” said Stanley Anablak, president of the KIA, in the release.

“KIA’s mandate is to manage Inuit-owned lands and resources to protect and promote the social, cultural, political, environmental, and economic well-being of Kitikmeot Inuit.”

Under its benefits agreement, the KIA receives one per cent of the value of all gold produced at Hope Bay.

The KIA also receives $1 million a year to offset land management costs, monitoring and research for environmental permits, and costs related to the implementation of the benefits agreement.

The sale will require the approval of at least 66 and two-thirds per cent of the votes cast by TMAC shareholders at a special meeting expected to be held in June.

In addition to shareholder and court approvals, the transaction is also subject to regulatory approval in Canada and China.

During that time, more than $1.5 billion has been spent in exploration and evaluation, surface infrastructure, and mine and process plant development.

TMAC began producing gold in early 2017 from Doris, its first mine at Hope Bay.

Recently, TMAC has had to deal with disappointing production results and some challenges due to the COVID-19 pandemic.