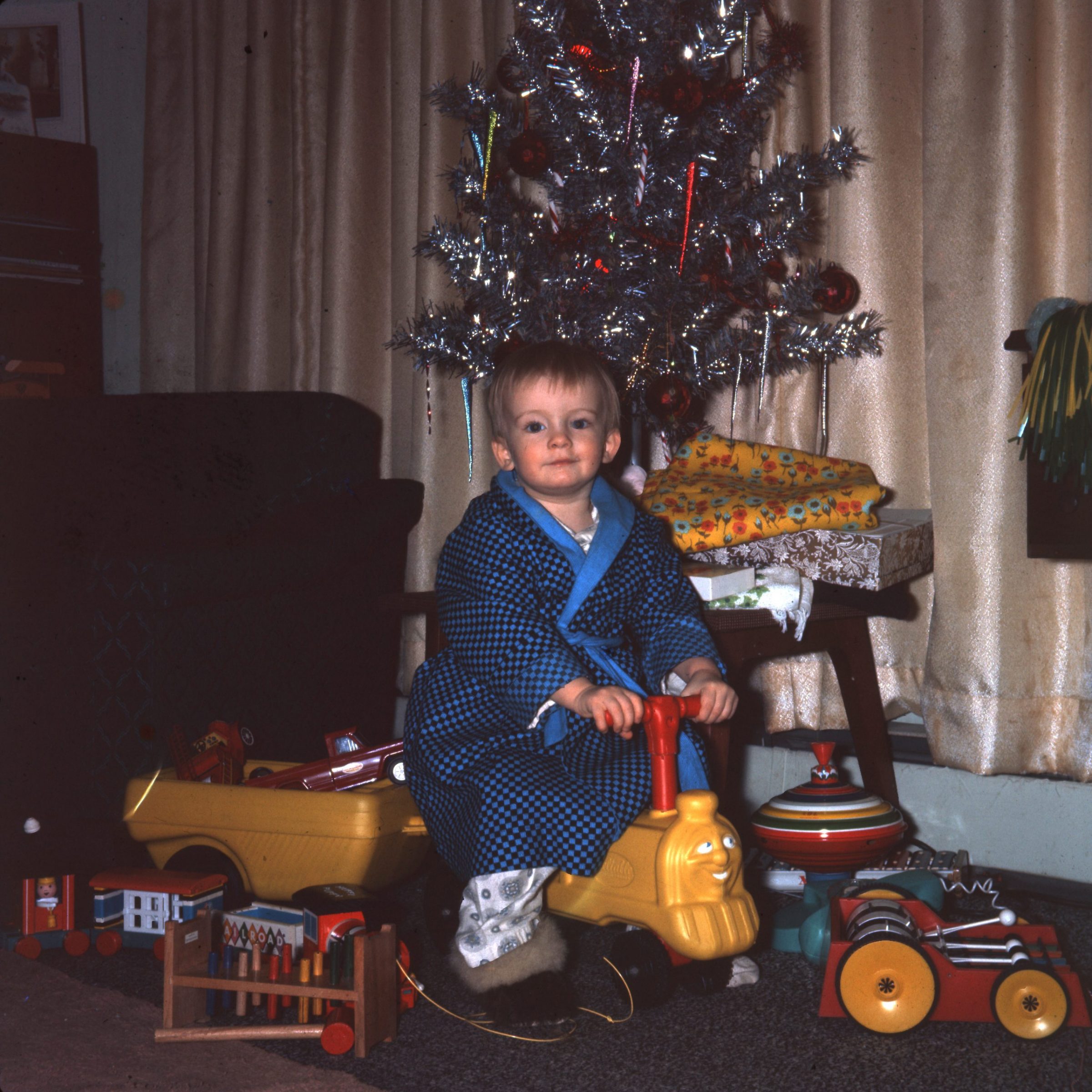 I spent Christmas 1967 in Padloping Island, an isolated community about 95 kilometres south of Qikiqtarjuaq (then Broughton Island).

The total population there comprised 34 Inuit and my small family of three Qallunaat. That year we experienced the last event in a longstanding Arctic tradition — the last Christmas air drop at Padloping Island.

Communities were isolated in those days. Air traffic was sporadic. In an effort to ensure that the settlements got their Christmas mail, the Royal Canadian Air Force operated the Christmas air drop. Here’s how it worked.

After a certain date in the fall, all mail to isolated communities would be diverted to an address in the south. For the eastern Arctic, that address was Montreal AMF, which stood for Air Mail Forwarding.

Friends and relatives in the south could send their letters and Christmas packages directly to that address. Mail would accumulate in Montreal until the time for the drop. Then it would be packed into large wicker baskets destined for each community and loaded aboard a military cargo plane. That plane would then head north on a date which coincided roughly with the last full moon before Christmas. The moonlight was important. Christmas comes just four days after the darkest day of the year.

Communities awaited the Christmas drop with eagerness. In most places, flare pots were placed on the ice to mark a target area for the drop. The transport plane would roar low over the community, its cargo door open, and the baskets would be shoved from the plane, each basket attached to a white parachute and bearing a small battery-operated beacon light so that those on the ground could find it.

A Christmas tree was also dropped, generally without a parachute, but carrying its own beacon. For larger communities, the plane often had to make more than one pass to avoid scattering its cargo of baskets over too wide an area.

By the mid-1960s, the Christmas air drop had been phased out for all but the most isolated communities. Padloping was one of those. We had no airstrip. Without the air drop our Christmas mail might have arrived by dog team from Broughton Island weeks late.

The larger settlements, in those days, were home to white administrators, mechanics, school teachers, nurses, missionaries and Hudson’s Bay Company traders. The few Inuit actually living in the settlements worked for the Bay, the government and the churches. So most of the mail was for the white people in these scattered outposts.

Inuit generally came in from their camps to trade just before Christmas and often stayed to celebrate. There were few community halls so often a Bay warehouse was outfitted as a temporary feast and dance hall. But Padloping had neither outpost camps nor a trading post, so its festivities were confined to the few people who lived in the eight houses “in town.”

There was usually some mail for the Inuit too — family allowance cheques and letters from friends and relatives in far-off southern hospitals. For those relocated to Resolute and Grise Fiord in the 1950s, there were letters from relatives in Pond Inlet or the distant communities of the Hudson Bay coast.

The Inuit got something else from these annual mail drops. The parachutes — made from silk or nylon — made excellent tents for summer camping. In Padloping, with its tiny population, there was only one basket dropped from the plane, and so only one parachute. That year, I remember, Simo Alookie got it.

Inuit also coveted the large wicker baskets. By a lucky stroke of design, these fit well on the back of a qamutiik and were used to carry supplies and small children.

Sometimes there were mishaps. There were cases where baskets landed in open water rather than the sea ice. These were lost forever. In Broughton Island in the early 1960s, a tree plummeted to earth like a spear, hit the ice standing, and lost all its needles on impact.

In Taloyoak, one wicker basket landed so far from the community that it was not found for 30 years. Photographic slides addressed to Ernie Lyall were still in good condition when they were opened after all that time. When Eric Mitchell was HBC manager there, he and his wife Jane’s wedding presents were in a basket that went astray and was never found.

Here’s a story I heard about a near-miss in Spence Bay. Perhaps the story is apocryphal but it now forms a part of northern legend. The plane had roared over the community and dropped its precious cargo. But the crew had forgotten to include the frozen turkey in the hamper.

They decided to make another pass over the settlement and throw the turkey out without benefit of parachute. Just at that time, Rev. and Mrs. Donald Whitbread were walking to the Hudson’s Bay manager’s house for a visit. The manager saw them coming, opened the door and stood in the porch to welcome them.  Suddenly the Whitbreads screamed for him to get back. As he heard the roar of the plane overhead, the manager leapt back into his house as the frozen turkey smashed through the roof of his porch.

We had no such excitement in Padloping, the smallest Arctic settlement. In 1967, it was just a routine Christmas air drop, the last one ever to the island.

The Christmas air drop had been a tradition since 1953, but 1968 would mark its end everywhere — that year it included an aborted attempt to drop a basket and a tree at Padloping, averted when DEW line radio operators at Broughton Island informed the air crew that the community had been abandoned.