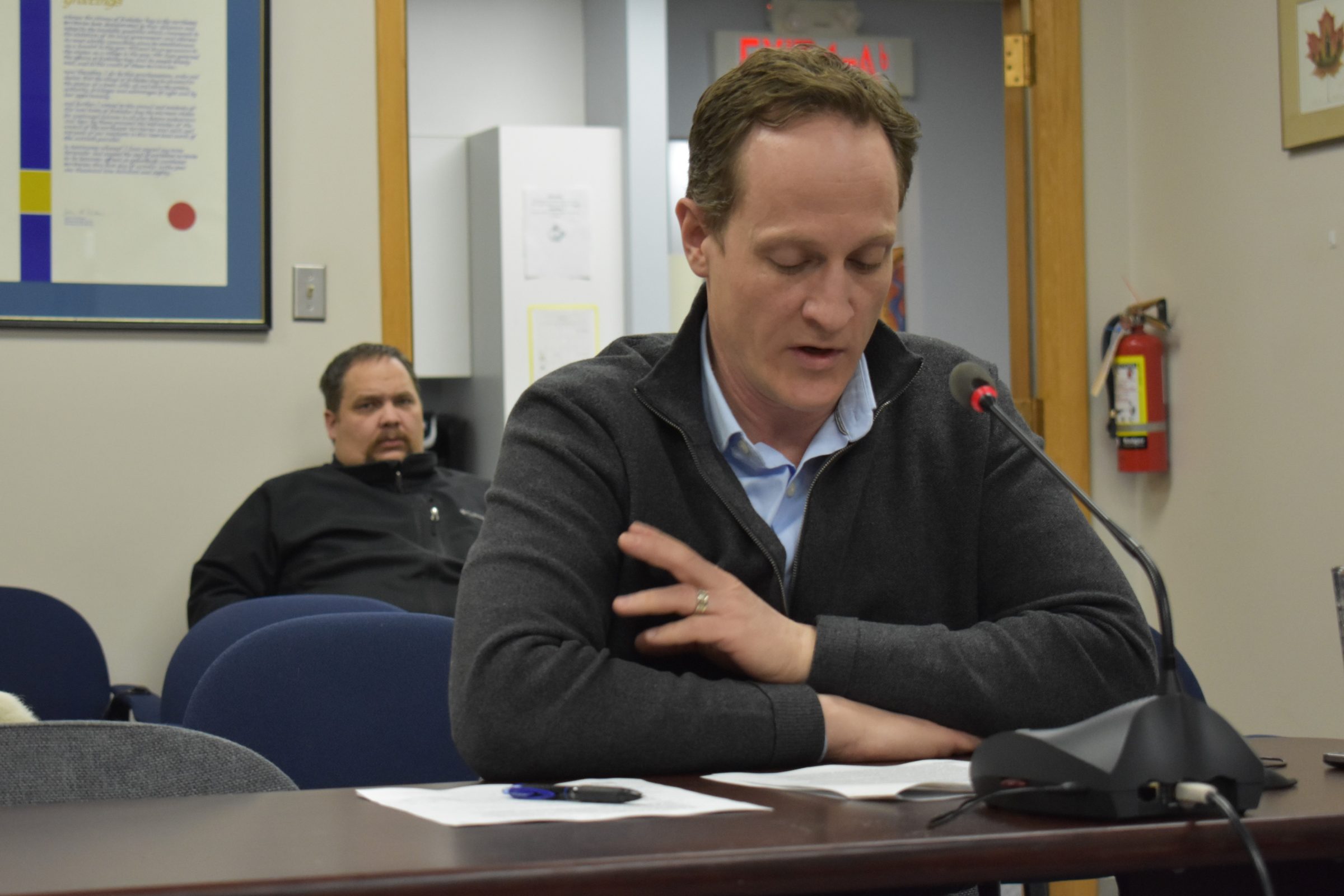 The City of Iqaluit has spent more than $330,000 over the past two and a half weeks on thawing frozen residential water pipes.

Much of that expense could have been avoided if residents had promptly called the city when they experienced water problems, say city officials.

Waiting for several days before notifying the city can mean the difference between a repair bill of $800 or $30,000.

As well, posting on social media about your water not working at home is not going to get a city worker to come to your home and fix it.

Educational materials in the works

After nearly three weeks of “localized freeze-ups” in Happy Valley and Lower Iqaluit, Hamp said the city needs to get communications out to the public with step-by-step guides on what to do when the water stops working.

Last week, prompted by those freeze-ups, acting chief administrative officer Amy Elgersma posted on social media a public service announcement about how important it is to turn on heat traces to prevent freezing to service lines.

At Wednesday’s meeting, Coun. Kyle Sheppard said breaking down the little details is going to be necessary.

Over 30 homes had frozen pipes in last few weeks

Between Feb. 24 and March 13, the City of Iqaluit was notified of 29 locations where service lines were frozen. These are now solved, Hamp said.

Of those, 22 lines were thawed by contractors hired by the city.

These numbers do not include the numerous Iqaluit Housing Authority properties that also had frozen service lines during that time period.

The city doesn’t handle that work for IHA properties.

A lot of those 29 people waited days to notify the city—in some cases five to 10 days after realizing they were without water.

“People literally went day in and day out with no water, and then would finally get frustrated and call the city,” Hamp said.

“The only way we can know is if people call us…. In most cases it is simple—you call a plumber and they thaw the line. But if it sits for three, four, five, 10 days, it freezes right back to the main and we’re into a situation where we have to dig up the main, at a significant cost.”

Hamp estimates that all this water infrastructure work in the last two and a half weeks had a contracted cost of $313,000 for the city.

As for internal costs to the city, just the staff overtime pay alone came to $22,000.

“These sorts of things tend to snowball,” Hamp said.

Over the last year, the city has spent a lot of money to fix various water infrastructure issues after problems arose and escalated.

While going over budget in the last month by $213,000 on the Happy Valley and Lower Iqaluit freeze-ups, the city was able to draw on a capital account for one of the service-line replacements for $50,000.

In mid-February the city said it had committed at least $150,000 to solve water pressure issues due to compromised pipes at the Astro Hill complex.

As well, acquiring a reverse osmosis machine that still needs repairs to function cost the city over $800,000 last fall.

On Wednesday, Hamp confirmed that the supplementary pumping from the Apex River to Lake Geraldine to replenish the water supply cost somewhere between $1.5 million and $2 million.

And that pumping is likely to be needed again this summer, Hamp said, though water use is somewhat lower this year than it was last year, so far.

Between Jan. 1 this year and Feb. 25, total water withdrawn from Lake Geraldine was 162,700 cubic metres, according to a table prepared by Hamp.

Last year in that time period, 196,700 cubic metres of water were withdrawn.

Last fall, Hamp said the city is trying to determine how much water was wasted to leaking pipes before an investigation led to their repairs. At first the city thought it was 40 per cent of total withdrawn water, but then said it might be somewhat lower since the city tracked water after treatment—which uses water—when it should have tracked it before.

When Coun. Joanasie Akumalik, who chaired the engineering and public works committee of the whole, asked on Wednesday what would have caused the lower amount of water withdrawn this year, Hamp said the major pipe repairs last fall are the main reason.

“We’ve addressed a lot of leakage we’ve had in the distribution piping,” Hamp said.

“We put in a lot of money and effort into fixing leaks all over town…. We had that big investigation to see where our losses were and we addressed a lot of those, so it essentially means more of the water we’re pulling out of the lake is getting to an end user, whereas in the past a lot of that might have been lost along the way through leaks into the ground.”