City of Iqaluit tells residents to have enough water for storm

Residents told to have enough water for 72 hours 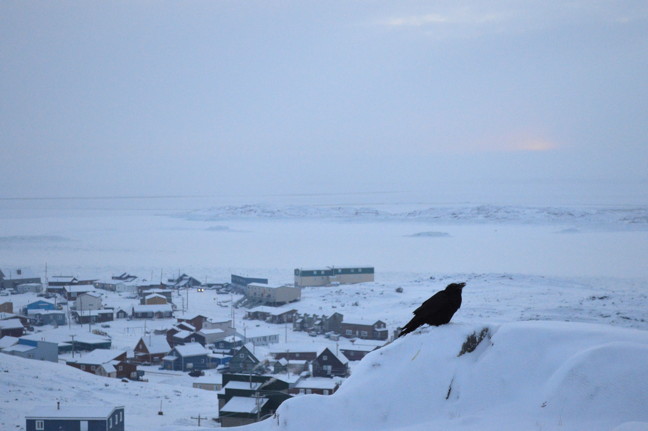 A storm is supposed to bring Iqaluit 10 to 15 centimetres of snow and strong winds between Monday night and Tuesday. (File photo by Steve Ducharme)

The City of Iqaluit urged its residents to have enough water on hand to last for 72 hours because of strong winds and heavy snowfall expected to start Monday night and end on Tuesday.

“The City is recommending that residents refill water, in the event that the potential incoming storm limits their ability to leave their homes and get to water refilling depots,” Aleksey Cameron, communications manager with the city, said to Nunatsiaq News in an email.

Tuesday marks the start of the seventh week that Nunavut’s largest community has been under an order not to consume city tap water, after diesel fuel was detected in the water in October.

Many residents have been getting their water from city-run filling stations that provide water purified by the Canadian Armed Forces, who draw water from the Sylvia Grinnell River and run it through their temporary purification system.

With a major storm in the forecast, the city encouraged people to have enough water on hand in case bad weather prevents them from getting to a filling station.

Environment Canada issued a weather warning early on Monday that Iqaluit is expected to receive 10 to 15 centimetres of snow and high winds from Monday night into Tuesday.

Cameron said the 72-hour warning is a precautionary measure and that there are no plans to change the water availability schedule this week.

She added that 72 hours is considered a general recommendation and the federal standard for emergency preparedness.