City of Iqaluit to relocate offices this month 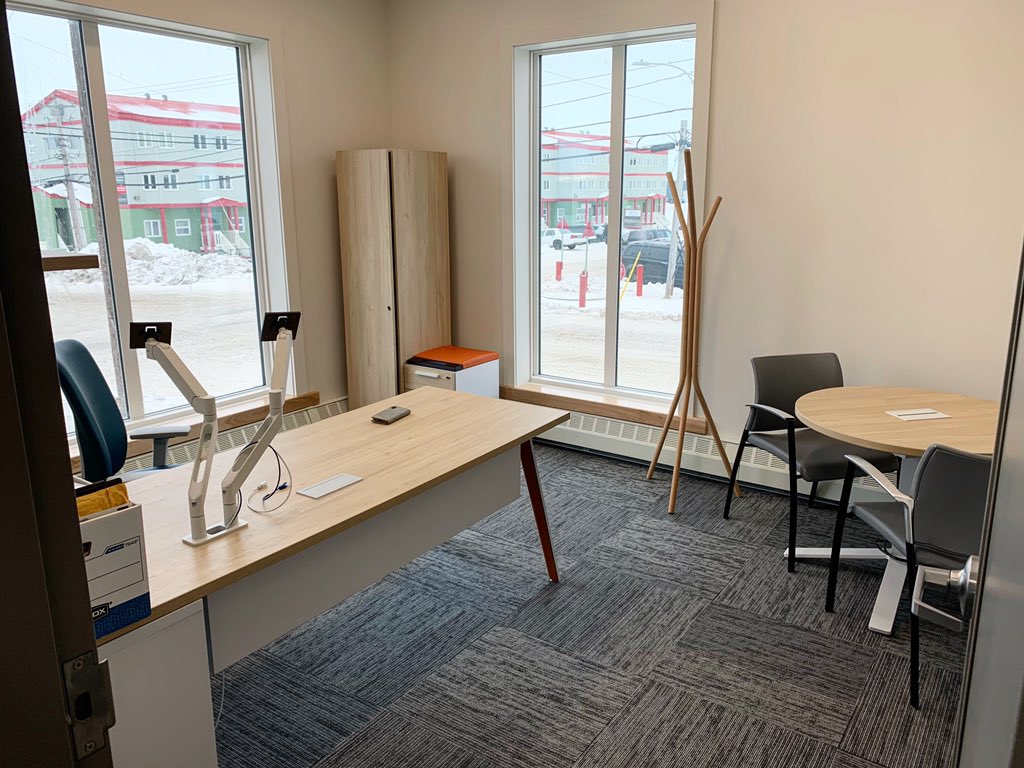 Iqaluit’s municipal offices and council chambers are on the move.

City hall offices currently located at 901 Nunavut Drive will relocate to a new location at 1085 Mivvik Street later this month, the city said in a news release.

The newly constructed building was designed to offer city staff and visitors a more open, accessible space, as well as audio-visual upgrades for public meetings, according to the release, dated Tuesday, Feb. 9.

Iqaluit Mayor Kenny Bell called the opening of the new facility “a highly anticipated milestone” for the city.

“The new office space will invest in our current and future staff by ensuring staff have positive and healthy work spaces, as well as the tools they need to succeed in providing high quality services to residents,” Bell said in the release.

The move from the Nunavut Drive office to the new Mivvik Street facility may require temporary city hall closures, which the city says it will announce in advance.

The city plans to host an open house event once staff are set up in the new facility.