As officials worked to find the source of a reported fuel odour, why wasn’t there a warning the water might be contaminated? 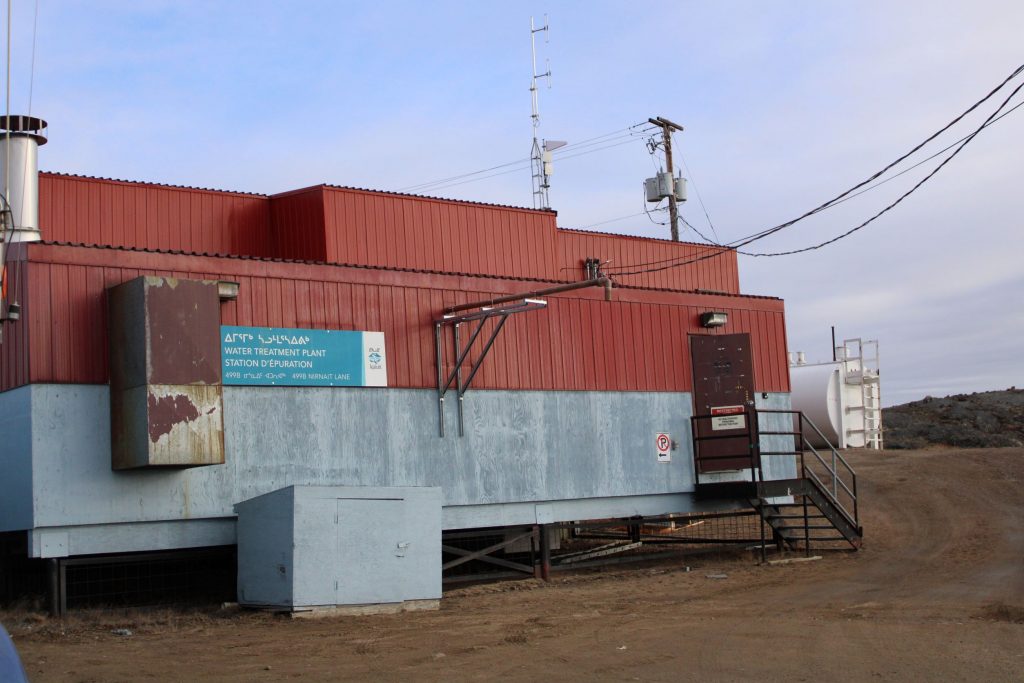 After government officials in Iqaluit have confirmed fuel in the city’s water supply, the million-dollar question is why did it take so long to warn the public? (Photo by David Lochead)

Well, at least it isn’t benzene.

That was a bit of a silver lining to come out of the City of Iqaluit and Nunavut government’s joint news conference Oct. 15 confirming Iqaluit’s water supply is contaminated with fuel.

Benzene is a hydrocarbon with well-documented links to a variety of cancers in humans, so people drinking tap water in Iqaluit earlier this month are fortunate to not have to worry about that.

But what were people drinking in their tap water?

It’s not ideal, of course. It caused those headaches and stomach issues people around Iqaluit have been reporting for the past few weeks but, says Patterson, ingesting these chemicals is not known to cause long-term health effects in humans.

The other million-dollar question is, why did government officials wait so long after first hearing complaints to warn people about the possible contamination?

The first reports started coming in on Oct. 2, but there was no advisory about Iqaluit’s treated water until Oct. 12.

Mayor Kenny Bell offered an explanation to Nunatsiaq News last week that certain chemical reactions can cause a fuel-like odour in water.

He also insisted the city was testing the water every day and the results were coming back satisfactory.

But we now know the city hadn’t yet tested for hydrocarbons when it released a public notice Oct. 4 assuring the public that everything was fine.

She has said the public complaints weren’t consistent enough to suspect hydrocarbon contamination.

That’s curious, because those same complaints spurred the city to send emergency samples south to test specifically for hydrocarbons.

It’s understandable that government officials might not have wanted to create a panic over Iqaluit’s water supply before knowing for sure there was a reason to raise the alarm.

But the smell of fuel is distinctive, and if people were opening their taps and getting these types of fumes, maybe it wouldn’t have been such a terrible idea to err on the side of caution.

There is also no doubt Bell, Elgersma, and other people behind the scenes are working incredibly hard right now.

Elgersma isn’t just Iqaluit’s chief administrative officer, she’s helping to run the city’s department of public works because that department has been without a director for 15 months. In that stead, she was also tapped to lead the city’s investigation into the water complaints.

Now Bell, Elgersma and an untold number of other public servants are simultaneously working to make sure people have access to drinkable water while identifying and fixing the underlying problem.

But there’s no getting around the fact these same officials suspected something was wrong with the water and, without knowing how bad the problem was, chose to take a gamble over the health of almost 8,000 people living in Iqaluit.

So when a worker finally did lift that sealed lid on Oct. 12 and smelled the fumes that would finally lead to a do-not-consume order, we at Nunatsiaq News have to say — those calling the shots are darn lucky it wasn’t benzene.