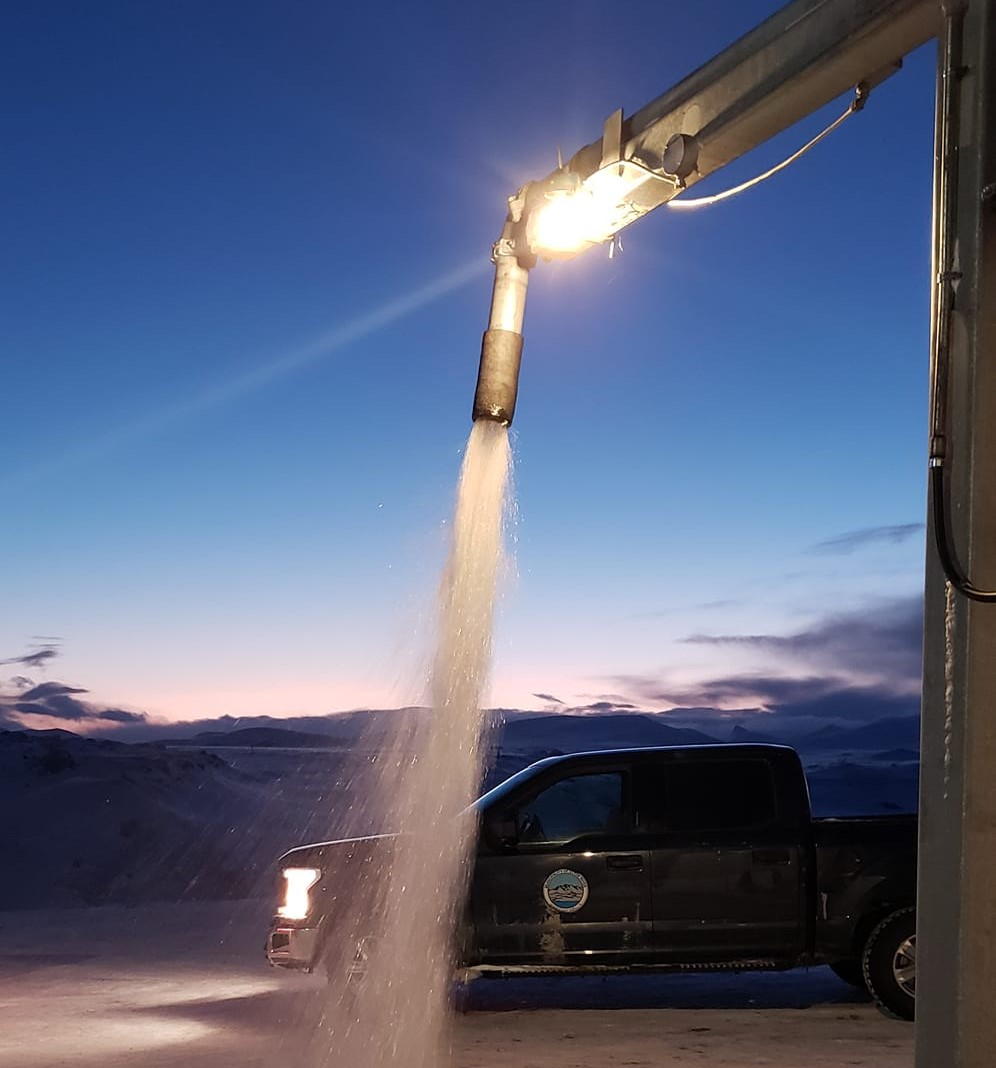 A water pump at Ayr Lake near Clyde River spews water for the first time since early November. (Photo courtesy of Allan Cormack)

“It was really good,” Natanine said of the treatment facility working again. “We were all happy and yelling. We were just jubilant.”

Clyde River had been without potable water since the beginning of November because the hamlet’s water treatment plant and water pump broke down, Natanine said.

After a power outage in the water treatment facility in early November, the mechanism that helps power the building partially broke, he said. Natanine added that while the facility regained enough power to stay heated and have lighting, it was not functioning well enough to treat water.

On top of the facility partially breaking down, the mechanism that powers the water pump broke after the power outage as well, he said.

When investigating these breakdowns, the hamlet also discovered the water pump itself, which extracts water from Ayr Lake to the treatment facility, was also broken, Natanine added.

Parts for all three pieces of equipment were flown into Clyde River, he said, adding that an electrician from KRT Electrical arrived on Monday to help address the power problems in the treatment facility.

Throughout most of November, residents of Clyde River have relied on two water trucks drawing water directly from the lake and delivering it to homes. That water needed to be boiled to eliminate impurities before people could drink it.

A boil-water advisory was implemented Nov. 16.

Residents usually had water delivered every second day, but with the water crisis, people had to wait four days, Natanine said. Then-acting Clyde River SAO Billy Palluq said in a previous interview to Nunatsiaq News that he had to wait a week for water.

Some residents were melting snow and using it for water, Natanine said.

The school and health centre in the hamlet have been closed intermittently because of a lack of water, he added.

“This crisis has been very hard on our community,” Natanine said.

Part of the challenge is that two water trucks are not enough for Clyde River, Natanine said.

“Our population has grown to around 1,200 people now. We’ve had the two-water-truck system since there were about 600 people in Clyde River,” he said.

“They’ve been really exhausted, working till or past midnight,” he said.

To deal with any future water problems, the hamlet is buying a portable water pump, as the water pumps attached to the trucks were breaking down, Natanine said.

He added that he advises other smaller Nunavut communities to do the same.

Natanine said that he is looking forward to the water delivery schedules getting back to normal.