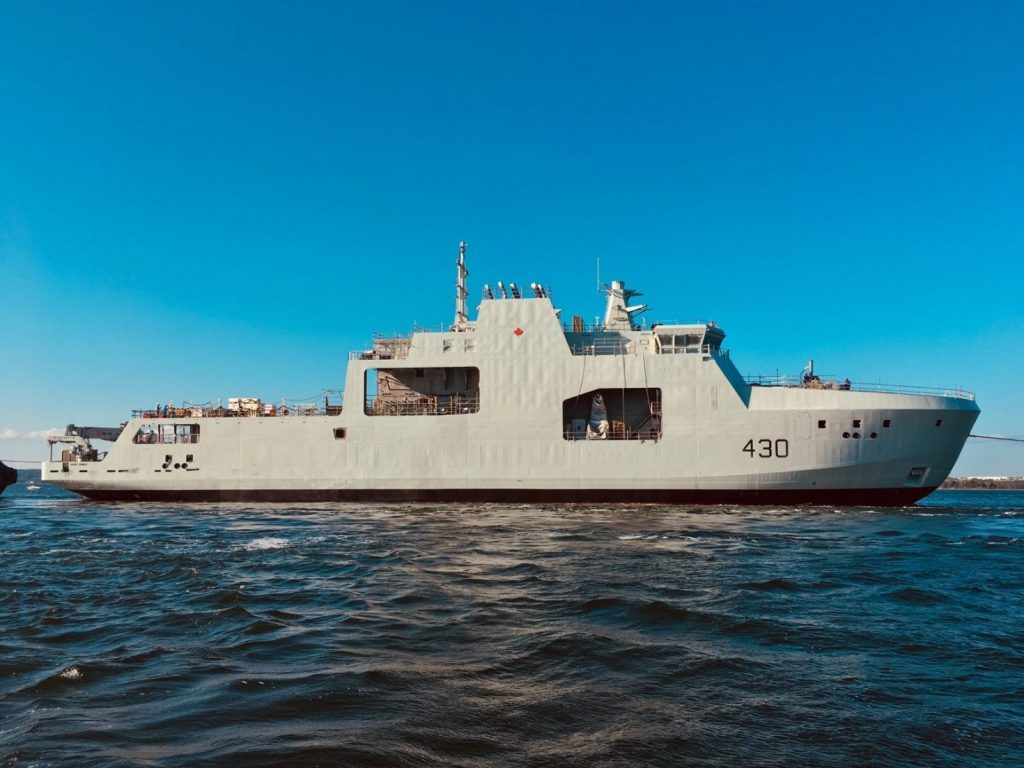 The HMCS Harry DeWolf, which launched in September, is the first of six Arctic and offshore patrol ships being built for the Royal Canadian Navy. Prime Minister Justin Trudeau announced today that two similar vessels will be built for the Coast Guard. (File photo)

These ships will be built by Irving Shipbuilding in Halifax.

Six similar ships are currently being built for the Royal Canadian Navy.

These 130-metre vessels are meant to work in the North during the navigable season, roughly from July to October, and can travel in medium first-year ice up to a metre thick.

The first of these vessels to be completed is the HMCS Harry DeWolf, which launched in September.

This coming Monday, May 27, a news conference is planned in Iqaluit “to mark the formalization of a relationship between the Royal Canadian Navy and Inuit through the first affiliation between the future HMCS Harry DeWolf and the Qikiqtani region of Nunavut,” according to a news release.

Nunavut’s premier, the president of the Qikiqtani Inuit Association and representatives of the Royal Canadian Navy are all set to attend the event at Nunatta Sunakkutaangit Museum.

The new Arctic patrol vessels form part of a broader plan to renew Canada’s Coast Guard. In all, 18 large ships will be built at a cost of $15.7 billion, Trudeau said, during his announcement in Vancouver.

An accompanying news release acknowledged that many of Canada’s Coast Guard vessels are in need of replacement.

“The Canadian Coast Guard saves lives, protects the environment, and helps our economy grow, while keeping our waters safe, secure, and open,” the release states. “But the Coast Guard fleet is aging, with most ships beyond their normal life expectancy. There is an urgent need to renew the fleet to ensure the Coast Guard can continue its essential and, often, life-saving work.”

Another $2 billion will be spent on repairing Canada’s existing Coast Guard fleet.