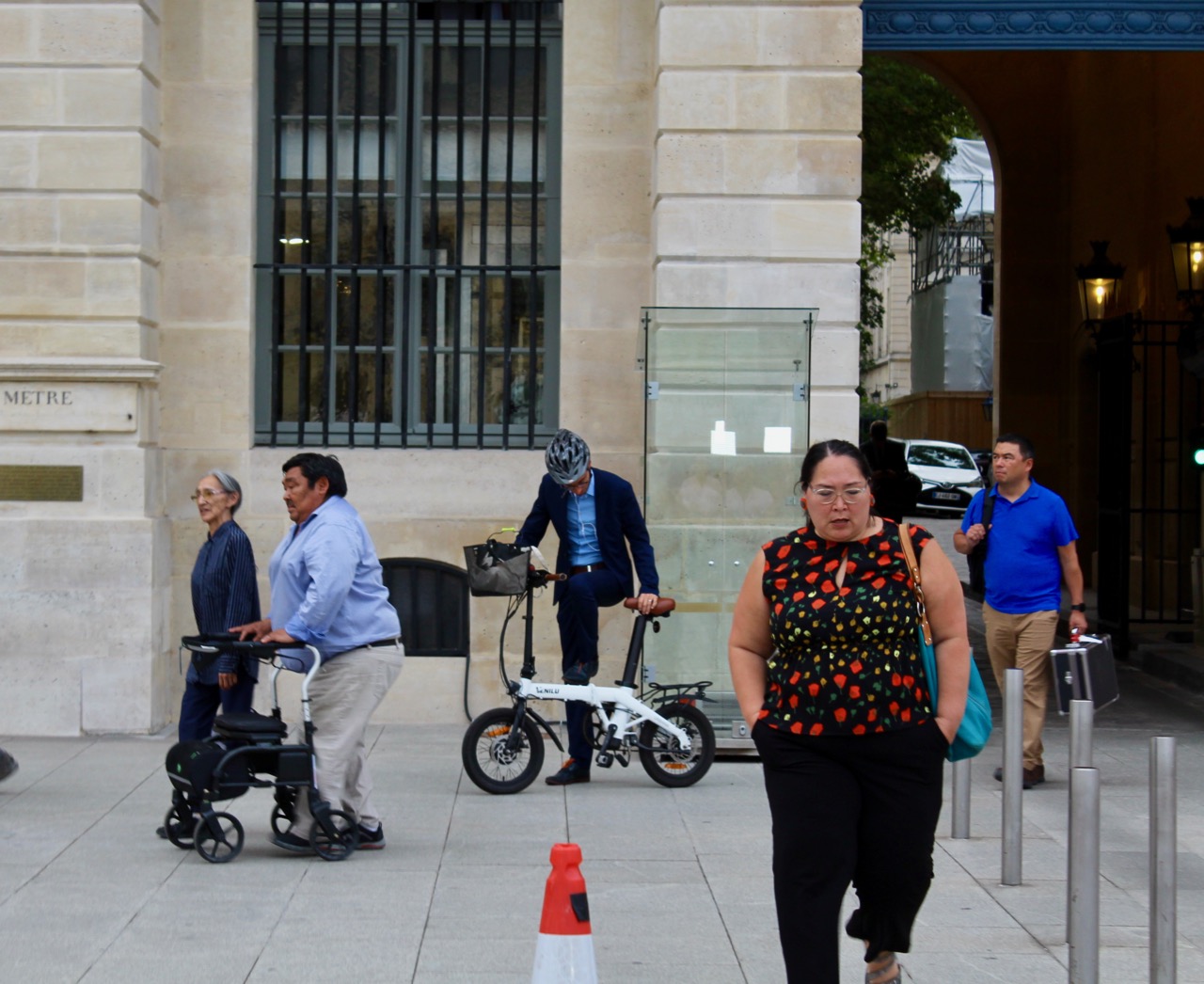 Those were the feelings seen on the faces of an Inuit delegation in Paris as they emerged from a meeting with Ministry of Justice officials Tuesday evening.

The group met with Isabelle Jégouzou, an adviser to the French justice minister, and officials from the Ministry of Justice.

Speaking to reporters outside the Ministry of Justice building, Nunavut Tunngavik Inc. president Aluki Kotierk said it was a “frustrating meeting.”

“We were interrupted and talked over and the common message was that French nationals cannot be extradited,” she said.

Kotierk and a delegation of Inuit are in Paris and Lyon this week to push the French government to extradite Rev. Johannes Rivoire, 91, a Roman Catholic priest who worked in Nunavut for more than 30 years and was charged in 1998 with sexually abusing children during that time. 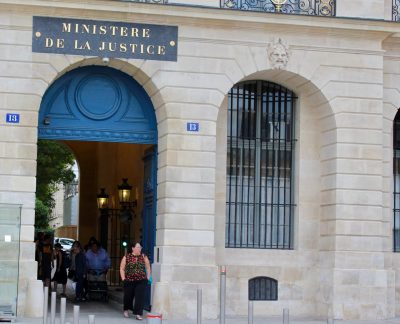 Aluki Kotierk and the rest of the Inuit delegation leave a meeting with Ministry of Justice officials in Paris on Tuesday. (Photo by Emma Tranter)

Rivoire left Canada for France in 1993, and has remained there since.

Those original charges were stayed in 2017, but in 2022 RCMP laid another charge against Rivoire for allegedly sexually abusing a girl in Arviat and Whale Cove between 1974 and 1979.

Canada has asked France to extradite the priest and a Canada-wide warrant was issued for his arrest.

The group emerged after spending more than an hour and a half inside the Ministry of Justice building in central Paris, their third meeting of the day.

“There were words that expressed how much they understood our plight, but ultimately it was clear that there is no political will to extradite French nationals,” Kotierk said.

Nunatsiaq News sent an interview request to France’s Minister of Justice but had not received a response by Tuesday afternoon.

Lieve Halsberghe, a Belgian lawyer and human rights advocate working with NTI while in France, said the meeting was difficult.

“We tried to plead with them for a very long time,” she said.

“I found it an extremely hard meeting to be faced with this reality, this cold reality of the law.”

While France has an extradition treaty with Canada, France does not typically extradite its citizens. 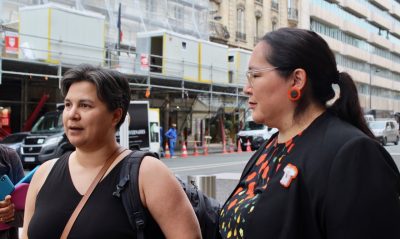 The delegation started its day with a one-hour meeting with Stéphane Dion, Canada’s Ambassador to France.

The delegation was tight-lipped following that meeting with Dion, refusing to take questions from the media and offering only a statement when they emerged.

Kotierk said Dion had helped to arrange the meeting with the officials from the Ministry of Justice.

“We’re really grateful for the opportunity to meet with the Canadian ambassador and we appreciate his support,” she said.

Asked if she could share more of what Dion said in the meeting, Kotierk replied, “I’ll leave it at that.”

Tanya Tungilik also said she was grateful that Dion met with them, but didn’t elaborate.

“We …  asked him to convey to France that France cannot be the country that is harbouring wanted fugitive criminals from the Church who escaped from justice in Canada,” Halsberghe added.

On Wednesday, the delegation will travel to Lyon where it plans to meet with officials from the Oblates, a Roman Catholic order whose members have traditionally been involved in education, including Father Vincent Gruber, who leads France’s Oblates.