‘Our cultures and traditions are not for sale,’ says Pond Inlet’s Enookie Inuarak 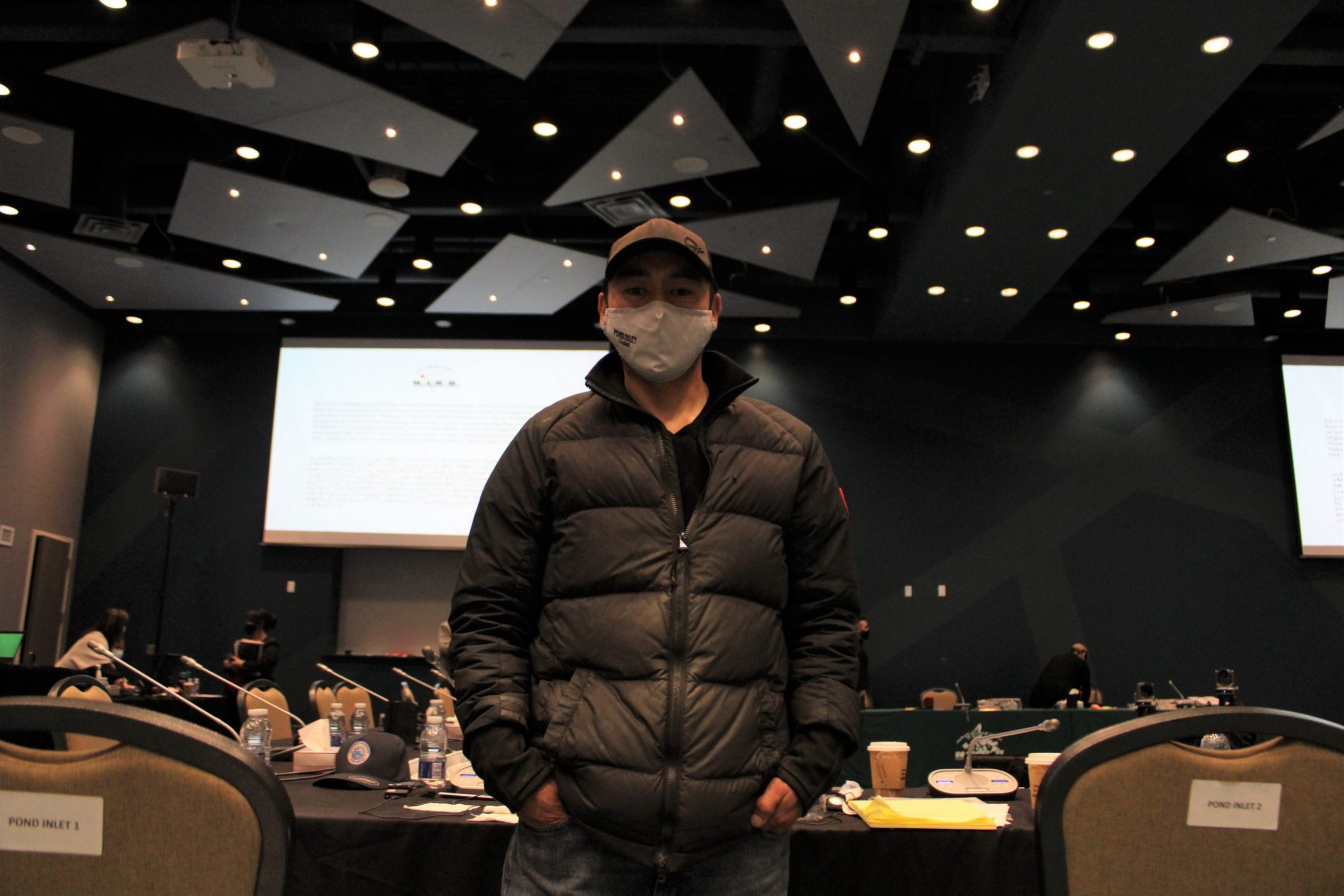 “Our cultures and traditions are not for sale,” Enookie Inuarak, chairperson of Pond Inlet’s Mittimatalik Hunters and Trappers Organization, said during the final day of a Nunavut Impact Review Board hearing on Saturday on Baffinland’s mine expansion plans. (Photo by David Venn)

Representatives from six of the seven communities affected by the proposed Mary River mine expansion expressed solidarity with Pond Inlet, a community that opposes the project, during the final day of a hearing into the matter.

“Our cultures and traditions are not for sale,” Enookie Inuarak, chairperson of Pond Inlet’s Mittimatalik Hunters and Trappers Organization, said on Saturday afternoon at the Nunavut Impact Review Board hearing into Baffinland Iron Mines Corp.’s expansion plan.

Pond Inlet is the community closest to the mine. Its representatives have raised concerns that shipping from the existing mine site has already scared away narwhal and other marine mammals, disrupting Inuit hunting traditions.

One resident for each of the seven nearest hamlets spoke during closing remarks on the final day of the hearing, which began in January and was adjourned twice during the year.

Baffinland wants to build a 110-kilometre railway from its mine to Milne Inlet, double its iron ore shipments to 12 million tonnes per year, and increase shipping through the Tallurutiup Imanga national marine conservation area.

Inuarak said the proposal has caused division among families whose members took different sides, and that Baffinland uses a “threatening manner” when saying that it will go into care and maintenance if the expansion is not approved.

Hunters and Pond Inlet residents are “exhausted by constantly having to give evidence of impacts” on the environment, he said.

“Baffinland doesn’t understand the impacts their current project is having on Inuit hunting rights and culture,” Inuarak said. “Why should we [give] approval of Phase 2 before Baffinland starts addressing impacts?”

Because Saturday was the end of the hearing and the community roundtable, Baffinland did not get the opportunity to address comments made during the closing remarks.

Baffinland spokespereson Stuart Weinberg said the Ontario-based mining company is grateful to everyone who shared their perspectives during the hearing and respects the closing comments made by community representatives.

“We believe it is possible to create economic prosperity while protecting the environment and building stronger communities,” he said in an email.

Executives from the company say the Mary River mine operation needs to expand to be financially sustainable, and if the expansion doesn’t go through, it may have to temporarily shut down the mine, and workers will be laid off.

Clyde River Mayor Alan Cormack said the community is still concerned that the mine will have negative impacts on the environment.

“We are losing our culture because of Baffinland,” he said.

The Hamlet of Igloolik doesn’t support the expansion, mainly because it was unclear what the benefits to the community were, said Greg Morash, Igloolik’s chief administrative officer. But he said the community is willing to revisit this position if the company addresses the hamlet’s concerns.

“I think with a little bit more work, things can happen,” he said.

Sanirajak elder Enoki Irqittuq had similar comments. He said he doesn’t want Phase 2 to start right away, but if it is approved, then he wants a good working relationship with the company.

Irqittuq, also a former MLA, represented his community’s elders. The Hamlet of Sanirajak, meanwhile, supported the expansion earlier this week, along with Grise Fiord, and Arctic Bay the week prior. 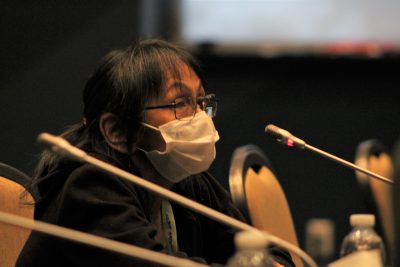 Affected communities from north Baffin Island gave their final remarks during the Nunavut Impact Review Board’s hearing into Baffinland’s proposed Mary River mine expansion. Lucy Nungaq, a Grise Fiord hamlet councillor, said the hamlet supports Pond Inlet, even though it gave its support to the company earlier in the week. (Photo by David Venn)

But on Saturday, representatives for those communities said they did not support the expansion.

Lucy Nungaq, a Grise Fiord hamlet councillor, said the hamlet supports Pond Inlet, and that she believes the mining operation is affecting her community’s access to country food.

“We have to travel very far to hunt animals,” she said, noting that they have been seeing fewer seals each year. “I think it’s because of the ships that are going back and forth.”

Moses Koonoo, vice-chairperson of Arctic Bay’s Ikajutit Hunters and Trappers Organization, said the company should not rush into the expansion, and he has reservations about decreases in narwhal.

“Baffinland [is] not really prepared to take on Phase 2,” he said.

In an interview prior to closing statements, Baffinland vice-president Udloriak Hanson said that the company was thankful that so many people from different communities shared their comments and experiences.

“We’re quite happy. We’re quite pleased with the way it went this week,” Hanson said.

“We welcome all views but we were really appreciative of those talking about support for the project,” said Baffinland vice-president Megan Lord-Hoyle during that same interview.

When it comes to the impacts of shipping on narwhal in Eclipse Sound, Lord-Hoyle said she does think that the mining operation does have an effect on narwhal, but research conducted by a firm hired by the company shows that there are other reasons why there is decreasing narwhal in Pond Inlet over the last two years, such as the presence of killer whales and construction of a small craft harbour.

Baffinland has committed to not use icebreakers because that was something in its control to lessen impacts on narwhal, and there are other areas that the company can scale back operations if there are unexpected impacts, such as decreasing transits by using larger ships, she said.

“We want to keep working with those who still have concerns,” Lord-Hoyle said.

The Baffinland hearing was the largest of its kind held by the Nunavut Impact Review Board, with the most participants, said board chairperson Marjorie Kaviq Kaluraq.

Governments and organizations involved in the review process originally had until Nov. 22 to provide closing statements, and Baffinland had until Dec. 6. Those deadlines have been pushed back by at least a few weeks, Kaluraq said.

After that, if the board believes it has all the necessary information to make its decision, it will begin to do so. There is no timeline for when its recommendation will be delivered.

The final recommendation will be provided to Northern Affairs Minister Daniel Vandal, who will either approve or reject the project.

This story has been updated to reflect the new timeline for the remaining review process.