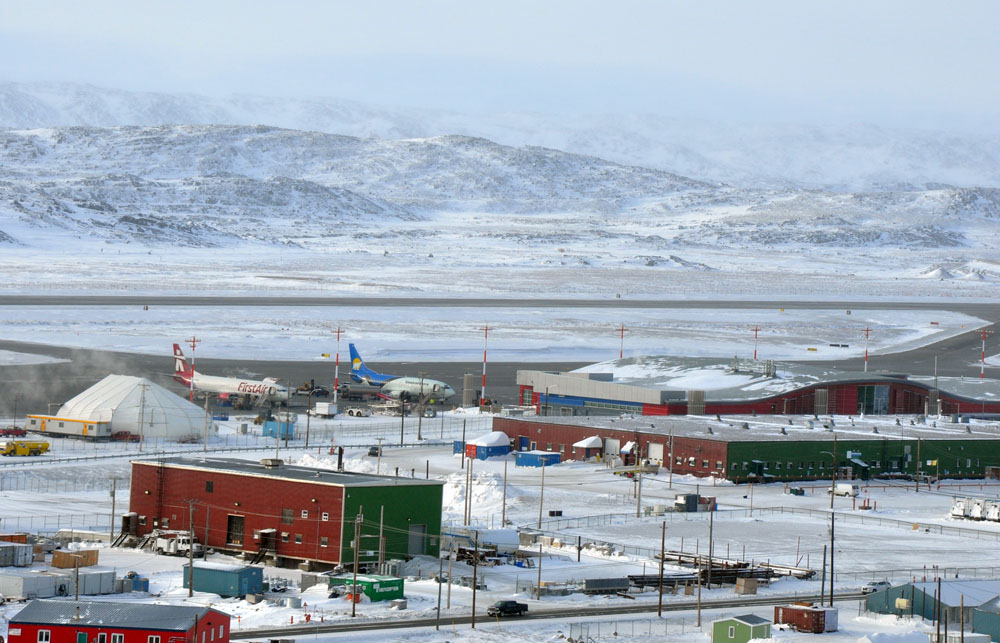 First Air and Canadian North jets are pictured parked at Iqaluit’s airport. The Competition Bureau said this week that the proposed merger between the two airlines is likely to create the “substantial lessening of competition” on many northern routes. (Photo by Sarah Rogers)

The Competition Bureau says the proposed merger between First Air and Canadian North raises significant concern over its potential to raise prices and reduce flight schedules in the North.

In a report prepared for and submitted to Transport Canada this week, the bureau said the merger is likely to create a “substantial lessening of competition” on many northern routes, including the Ottawa-Iqaluit and Trans-Arctic routes, as well as most routes within Nunavut’s Baffin and Kitikmeot regions.

In those areas, “the proposed transaction represents a merger-to-monopoly,” the bureau said, which could translate into less capacity for both passengers and cargo, fewer flights and an increase in air fares, the report said.

Even the expansion or entry by competitors into Nunavut’s highest-volume route, Ottawa-Iqaluit, is unlikely, the bureau found in its analysis, pointing to both Air Canada’s and GoSarvaq’s failed attempts.

Only the Edmonton-Yellowknife route would be spared from a lessening of competition, the bureau said.

The owners of First Air and Canadian North said in a joint statement that they were surprised and dismayed by the bureau’s findings.

“By neglecting to consider the overwhelming financial and non-financial benefits to northerners that will be generated, the Bureau’s assessment fails to recognize that a merger is necessary to sustain air travel to the North and relieve the substantial financial burden currently shouldered by Inuit Land Claim Organization owners,” the airlines’ owners, Makivik Corp. and Inuvialuit Regional Corp., said in a news release on Feb.26.

“This process is representative of southern-led institutions’ continued ignorance of northern businesses and we disagree with the Bureau’s decision to ignore the overwhelming and substantial positive impacts this transaction would have for northerners.”

The airlines called on the Ministry of Transport to look at the merger “holistically,” and to consider its role as a major economic driver as one of the North’s largest private-sector employers.

The Competition Bureau review was triggered in November, when the federal Ministry of Transport started its own review into the proposed merger.

To reach its conclusions, the bureau met with the two airlines to analyze their own ticketing and flight data, as well as other northern airline representatives, passengers, government officials and Inuit leadership.

It’s not the Competition Bureau’s first review of First Air and Canadian North; in 2017 the agency looked into the codeshare agreement the two airlines were involved in at the time, as well as allegations of predatory pricing along the Iqaluit-Ottawa route.

Though the bureau found there was evidence of predatory pricing, it found insufficient evidence to lay charges under Canada’s Competition Act.

The latest review is the first time that the bureau has provided a report to the Minister of Transport as part of a public interest review as it relates to national transportation.

Transport Canada continues to do its own review of the merger, the results of which will be passed along to the federal cabinet, which has the final say in the proposal.

You can read the Competition Bureau’s full report in English here and in Inuktitut here.