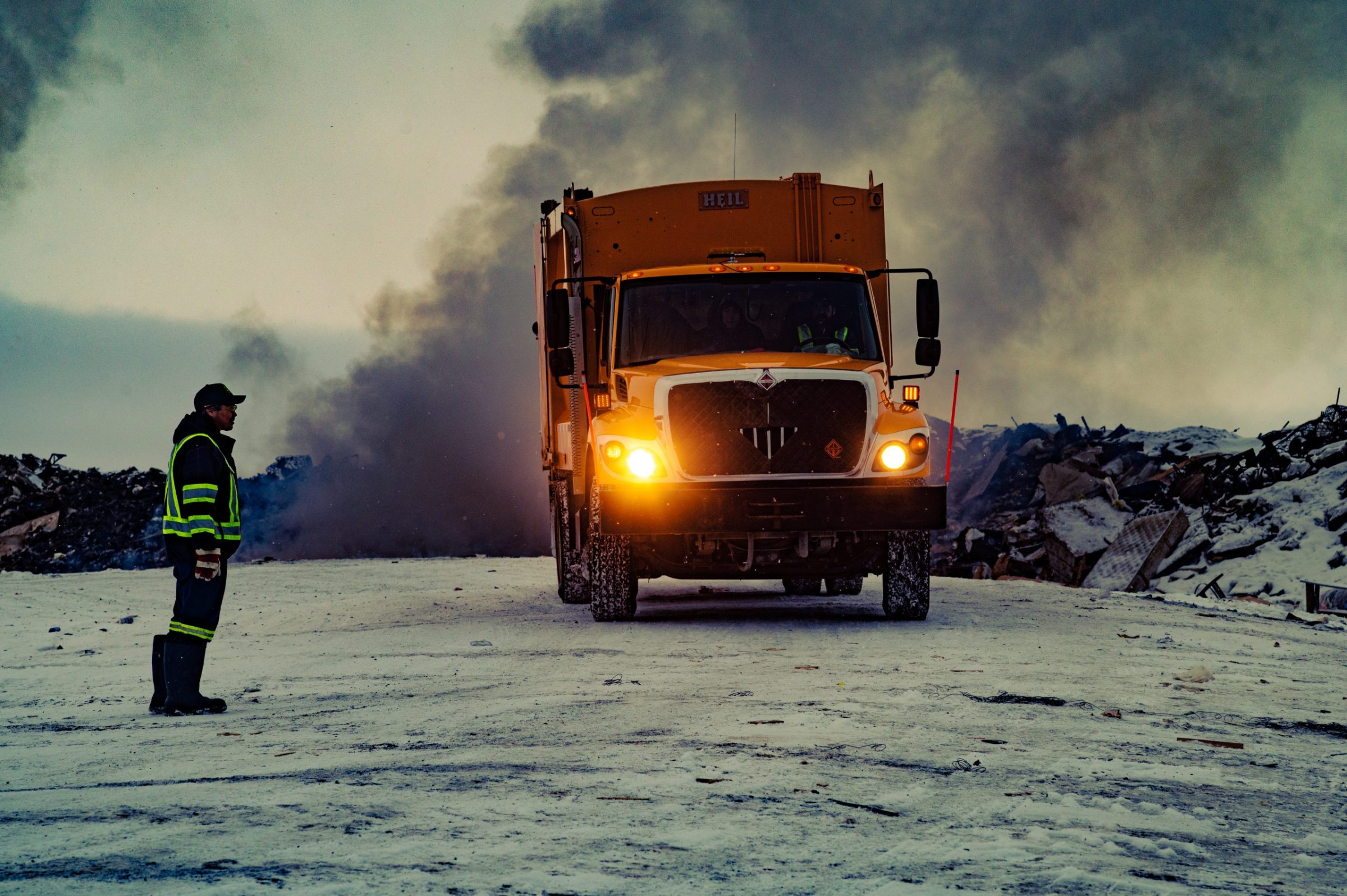 KRG is looking at composting and scrap metal recycling as solutions to manage waste in Nunavik’s near-full landfills, such as Kuujjuaq’s landfill, shown here. (Photo courtesy of Kativik Regional Government)

Composting and scrap metal recycling projects are set to expand in Nunavik as community landfills continue to fill up.

The Kativik Regional Government is working to bring people from the 14 villages together to address waste management issues in their communities and find ways to solve them, said Ahmed Kouki, an environmental specialist with the KRG.

Government representatives held a training workshop from Nov. 15 to 17 to discuss waste management with community representatives, and more training sessions are planned.

A common theme across the region is that community dumps — some of which have been in use for decades — are filling up, and not much work has been done to manage them.

“Most of them are almost full,” Kouki said in an interview.

One of the ways communities in Nunavik deal with some of the excess waste in landfills is by burning it — a process Kouki said is allowed, but not 100 per cent effective. For example, scrap metal does not burn.

So to deal with that type of waste, the KRG is spending $6.7 million to start scrap metal recycling in the region. It launched a project in Kangirsuk earlier this year, and now the government plans to expand it to other communities.

“The objective is to make this project in the 14 villages,” Kouki said.

“We have the finances to do it in at least one other village, which will happen next year.”

The overall timeline for expansion and a decision on which communities are next is still to be determined, he said.

Municipal composting services are also in the works.

Currently, composting in Nunavik exists only on a small scale within community groups, with no larger infrastructure in place.

However, next year Inukjuak will become the first community in the region to test municipal composting services, Kouki said. If it works there, it may expand to other villages.

The composting pilot project in Inukjuak is estimated to cost $1.2 million.

“We want this project to succeed with this pilot project, and if it will succeed we will make it in another village.”

As far as funding, Kouki said he believes the Quebec government understands the specific needs of remote Nunavik communities and will offer support.

“I can say that last year and this year, we worked together very hard — especially with the Ministry of the Environment — to make those projects happen,” he said.

“We need to find a solution now because in, maybe, the last 30 or 40 years not too much was done in waste management.”