“Eating, sewing and talking: these are the best ways you can maintain your language” 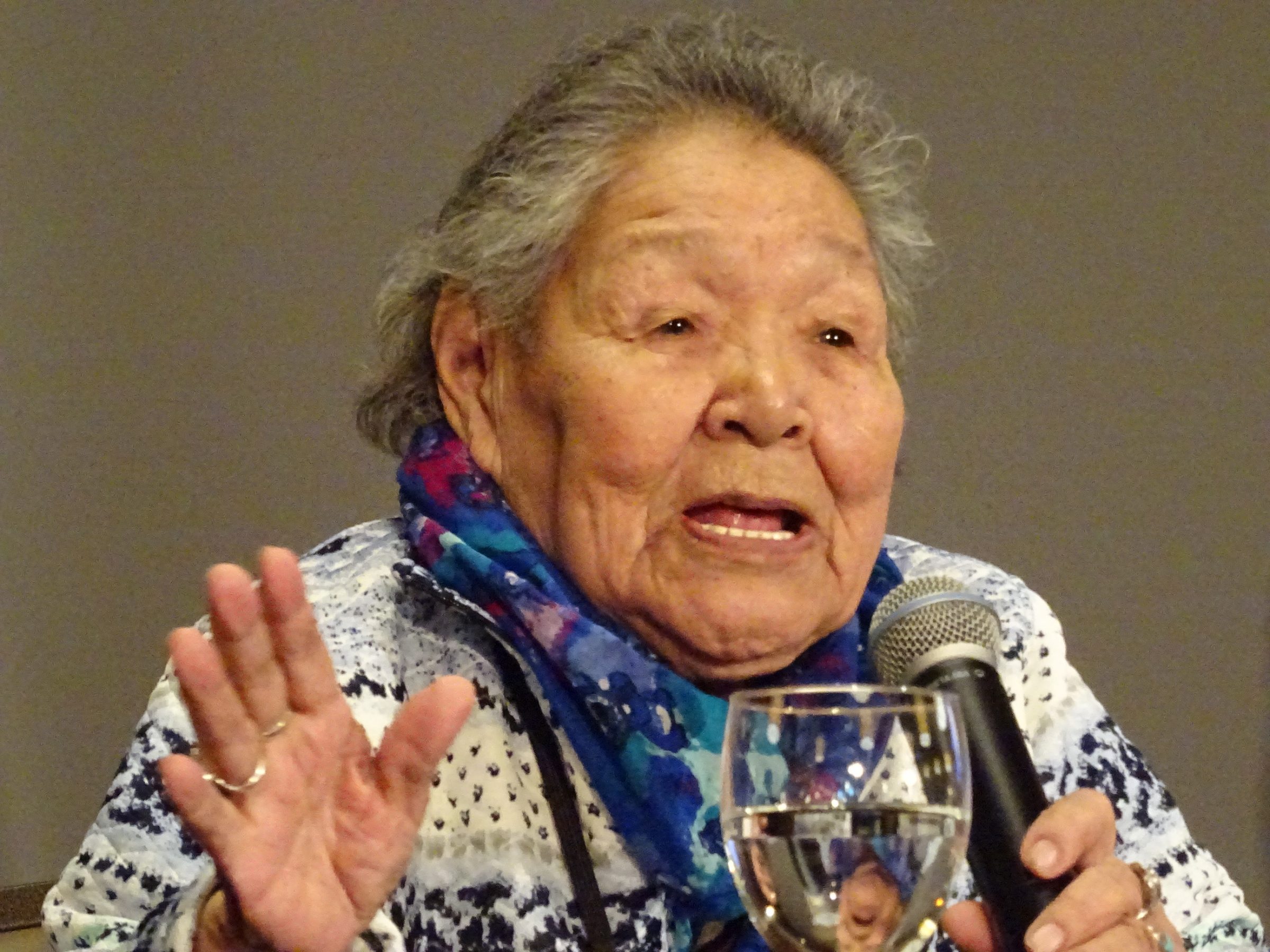 If you want to keep Inuktut alive, it’s important to use it. “Eating, sewing and talking: these are the best ways you can maintain your language,” elder Alacie Joamie told the Inuugatta Inuktuuqta language conference in Iqaluit. The event, which got underway on Tuesday, continues to Thursday evening. (Photo by Jane George)

The Government of Nunavut’s goal is now to see the territory and its public service become Inuktut-speaking by 2040—although that’s 20 years later than the target date set back in 1999 by the Bathurst Mandate.

“If we dare, by working all together, we could aim to have a 100 per cent of all Inuit in Nunavut to be able to speak Inuktut by 2040, with an increased ability for all Nunavummiut to speak it,” David Joanasie, Nunavut’s minister of culture and heritage said.

But to power up a language like Inuktut, which faces some serious challenges, official policies aren’t everything: you have to be passionate, a risk taker and almost “God”-like.

Those are some of the words of Katarina Edmunds, a Maori educator from New Zealand, who participated in a Tuesday session on language leaders at the Inuugatta Inuktuuqta language conference in Iqaluit.

From Nunavut participants at the conference also came practical sharing on how to keep Inuktut vital: Iqaluit elder Alacie Joamie said that “eating, sewing and talking: these are the best ways you can maintain your language.”

“If we continue to practise our language our mother tongue will be strong.” 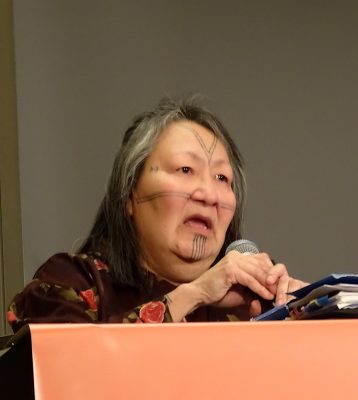 Julia Ogina of Cambridge Bay, who works with the Kitikmeot Inuit Association, relates how her experiences in western Nunavut show that songs, drumming and cultural activities can enhance Inuinnaqtun, Nunavut’s most-endangered dialect of Inuktut. (Photo by Jane George)

Julia Ogina of Cambridge Bay, who works with the Kitikmeot Inuit Association, told how her experiences in western Nunavut show that songs, drumming and cultural activities can enhance language learning and use.

But a Statistics Canada report on language use in Nunavut between 2001 and 2016 shows the large task facing the GN and dedicated language champions like Ogina.

Highlights of the 123-page report were presented on Tuesday at the conference by Statistics Canada’s Jean-Francois Lepage in advance of the report’s public release this summer, in English, French and, for the first time, Inuktitut.

And this non-transmission of Inuktut seems to be the biggest factor that negatively affects the vitality of the language in Nunavut, Lepage said.

But it’s not the same when only one—or neither of the parents—speaks Inuktut: only about three in 10 children of linguistically mixed couples and fewer than two in 10 children of couples where neither parent has Inuktut as a mother tongue.

Overall in Nunavut, the transmission rates of Inuktut as a mother tongue to Inuit children up to 14 years of age have fallen, Lepage said.

In 2016, fewer than seven in 10 Inuit children up to four years old spoke Inuktut as their mother tongue, down from eight in 10 children in 2001.

Knowledge of Inuktut among Inuit up to the age of 34 was much lower in the western Kitikmeot region than elsewhere in Nunavut in 2016.

Overall, 26,270 people in Nunavut still reported speaking Inuktut at home on at least a regular basis in 2016—an increase since 2001.

But while Inuktut is being increasingly used in the home, for many it has shifted from being the main language to the secondary language, Statistics Canada found.

Meanwhile, Nunavummiut with a knowledge of English have grown in both number and proportion: in 2016, 94.1 per cent of Nunavut’s population, or 33,485 people, were able to conduct a conversation in English. That’s up from 86.7 per cent of the Nunavut population, or roughly 23,000 people, in 2001.