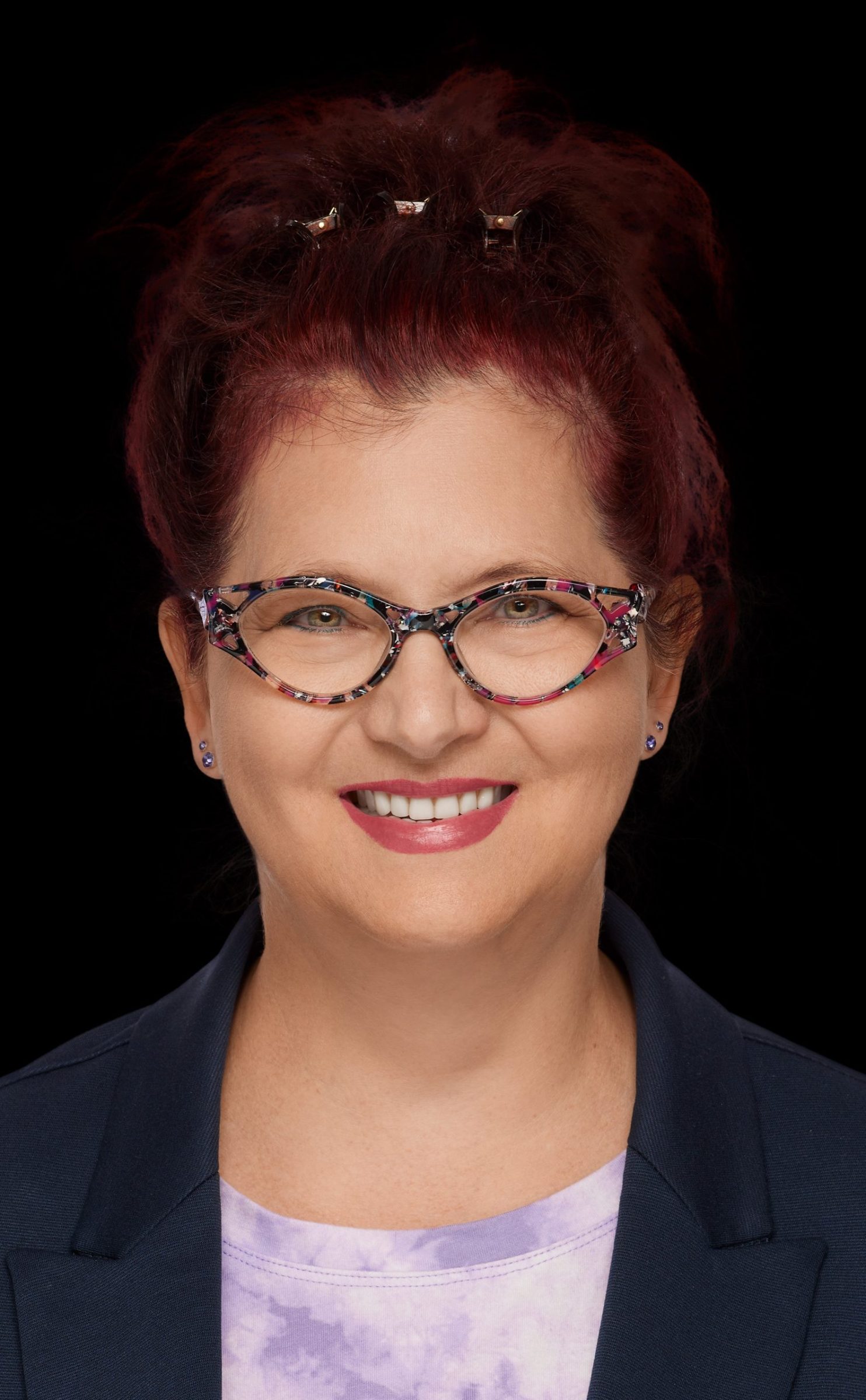 Nancy Lalancette, the Conservative Party of Quebec candidate for Ungava, is promising transparency and collaboration in her bid for a seat in provincial government. (File photo)

Nancy Lalancette, the Conservative Party of Quebec candidate for Ungava, is promising transparency and collaboration in her bid for a seat in provincial government.

Born and raised in Chibougamau, a community in the southern corner of the vast Ungava riding, Lalancette works as a nurse but is studying to become a social aid complementary counsellor.

People in that role work alongside mental health professionals to provide non-traditional therapies such as acupuncture, yoga or aromatherapy.

She has three daughters and four grandchildren.

“What I’m offering is that I will be the most transparent I can be, and for all the issues, I will look after them as I should, I’ll do whatever is in my power to resolve them,” she said in an interview in French.

When arranging the interview, a party spokesperson said Lalancette is not comfortable with answering questions in English.

Quebec’s election is set for Oct. 3.

Lalancette, who has never held political office, said she became involved with the Conservatives after getting to know party members at a social gathering and found her views aligned with theirs.

She said that over the course of the COVID-19 pandemic, she’s grown worried about the future of Quebec.

Lalancette said she is not vaccinated against COVID-19 and claimed she didn’t need to be because she has tested positive for the virus that causes it. Health Canada recommends vaccination to protect against COVID-19, even for people who have recovered after testing positive.

“[My party is] not against public health measures, but we found that they were abusive. It was no longer about health, it was about politics,” she said.

While the others have been active on social media, travelling the region, attending events and making their presence known in Quebec media, Lalancette has not been as public.

Her Facebook page, which was launched Sept. 3, doesn’t have any posts from the campaign trail, other than an updated profile picture, website and cover photo. 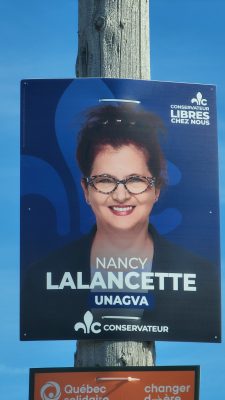 A Nancy Lalancette campaign poster with the riding’s name misspelled was spotted in Chapais on Sept. 4. (Photo courtesy of Twitter user
@sinnoby)

Lalancette’s campaign signs have been going up in communities across the region; however, the first batch that went out had a noticeable typo: Ungava had been misspelled as “Unagva.”

Lalancette acknowledged the error and said the signs have been replaced.

She echoed her party’s plans to re-evaluate housing regulations and modernize the Quebec health-care system to ensure it’s sustainable in the future.

She said she has never been to Nunavik, but if elected she would visit.

Lalancette said that as an MNA, she would be a listener, and promised to collaborate with people from across the province on all issues, including Inuit and other Indigenous people from the riding.

“I’m from here, I know the issues and what happens in the health-care system, and all the other things, and I’ll look after them,” she said.

“I’ll work with everyone and for everyone, because it’s essential to listen to people.”