Cooking for Christmas with Clare Kines 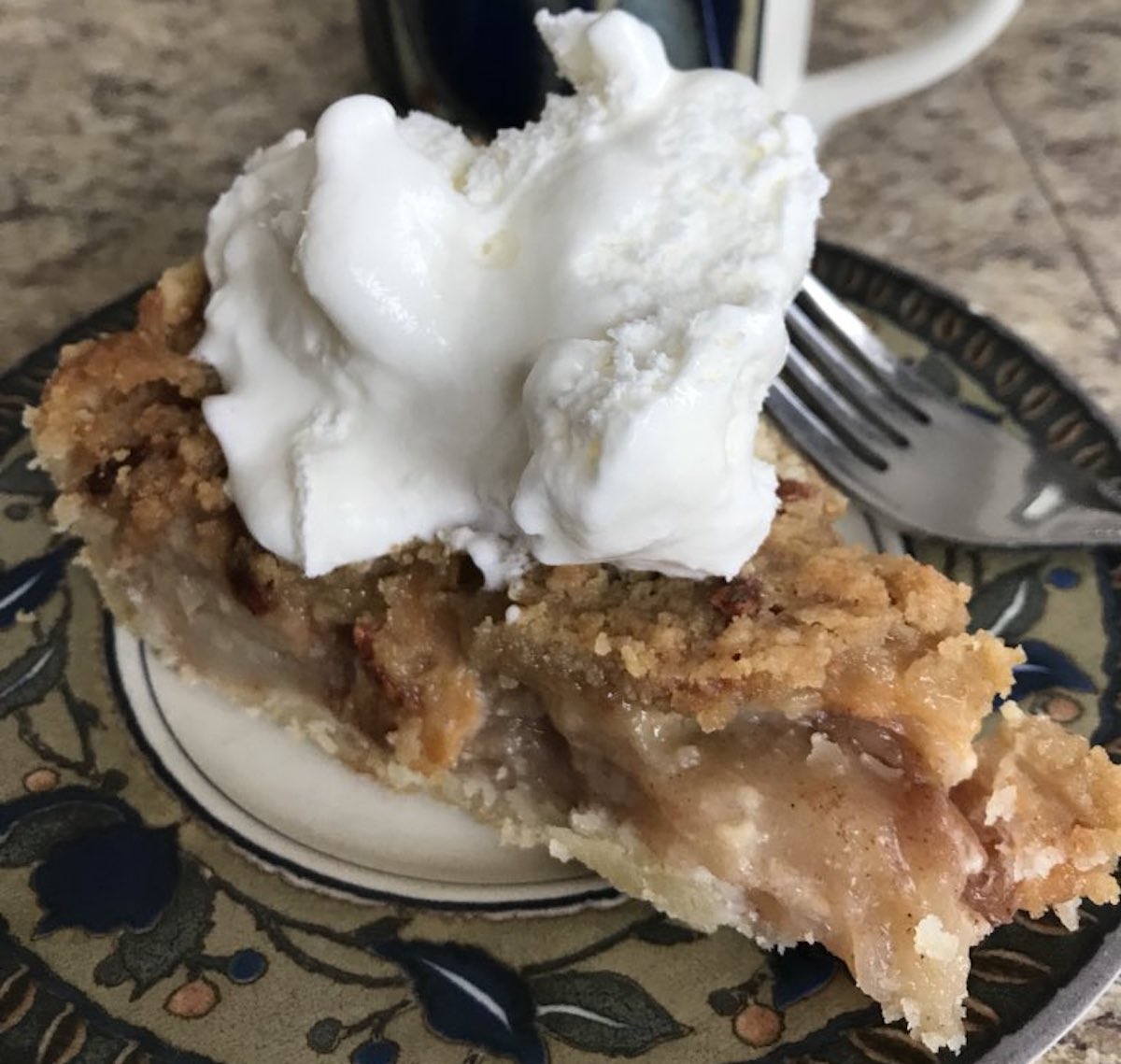 Here’s Clare Kines’ cheddar and pear pie—along with some of his holiday cooking musings. (PHOTO BY CLAR KINES)

Large family holiday meals have long been a part of my life. Growing up meant a house full of cousins, aunts and uncles. A kitchen full of people, an overflowing stove. Laughter and a cacophony of conversation.

My wife, Leah, and I try to continue those traditions, and to me nothing is more meaningful at Christmas than cooking those huge meals, and sharing them with a houseful of family. Often, that means cooking for 30 or so.

Typically that meal means a couple of days in the kitchen, but I find that therapeutic. And the laughter, conversations and connections make it more than worth it. Having recently moved from our home in Arctic Bay to our new home in Iqaluit, having only four around the table at Thanksgiving was mildly traumatic. Christmas will make up for that. 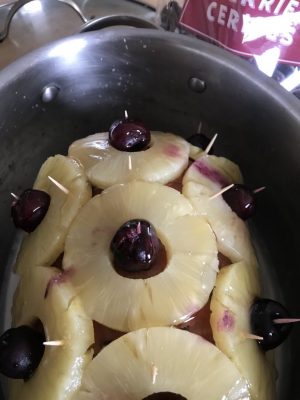 So what, typically, is on the menu? Turkey, of course, two of them; a large ham, marinated with cola and cloves and studded with cloves and pineapple before baking; mashed potatoes and gravy; stuffing, homemade and still not as good as my mother’s; mashed turnips; mixed veggies; glazed carrots; perogies with a cream dill sauce; holopchi (cabbage rolls), ideally sour but sour cabbage is hard to come by in the High Arctic; a shrimp couscous paella; and salads—mixed vegetable, macaroni, and an orange Jell-O one that crosses the line into dessert.

Of course, desserts: few things in life ground and centre me more than baking. Something about the mix of science and art that is baking just feels made for me. Being dusted in flour is a natural fit.

Baking can even inspire the poet in me, or rather the part of me that wishes I was a poet. But back to the desserts; in our house that usually means a cheesecake, perhaps one of Leah’s cakes and several pies. Apple pie, squash pie, peanut butter pie, and a current favourite of mine, a pear/cheddar pie. Cheese and fruit are a natural partnership, and this pie plays to both of their strengths.

So, yes, big meals are integral to our celebrations, but at the end of the day the meal is just a vessel for the most important part, a gathering of those we love. A chance to share food, conversation and warmth. To spend time together, just to be together. And hopefully, to make memories that my children will one day turn into their own large family gatherings. 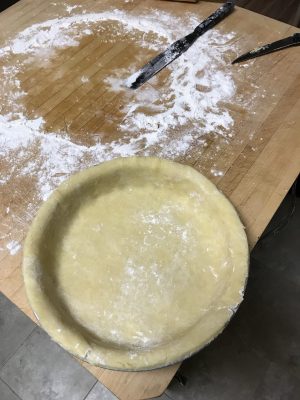 First the crust, then the filling for cheddar and pear pie. (PHOTO BY CLARE KINES)

Try our cheddar and pear pie:

And then, time for a poem.

Cooking is Art, Baking is science

made brighter by spinning blades.

it must be alchemy, if not art. Cutting, rolling, flavours light on my tongue. My pants are dusted white,

You watch as these works grow, what I fashion

I wait for your hand to brush the flour from my cheek.

Clare Kines, formerly of Arctic Bay and now of Iqaluit, is a frequent contributor of photos to Nunatsiaq News. His images have also appeared on Canada Post stamps and aircraft.