Water and sewer service could be trucked in or piped in, for site on Road to Nowhere 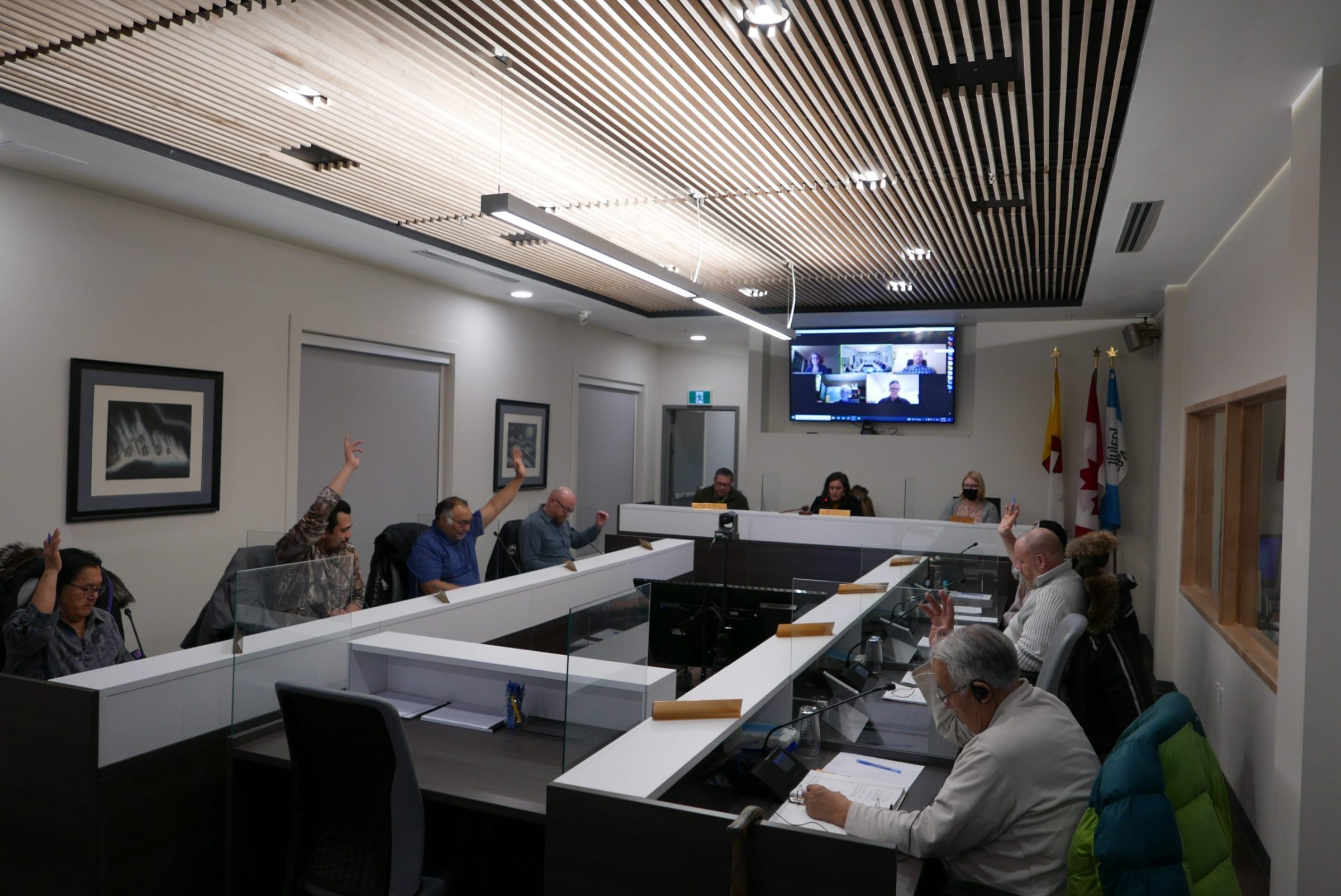 The City of Iqaluit should push the Nunavut government to pay to extend piped water and sewer services to a proposed new subdivision, as the demand for housing continues to grow alongside the increasing cost to build infrastructure, says one city councillor.

Coun. Romeyn Stevenson said the GN has money from the federal government that would allow it to help provide the necessary infrastructure so housing could be built on the site, which is on the Road to Nowhere just east of the lake subdivision.

“Some of that money should be used for putting in place the roads and the water and the sewers that allow for housing to be built,” Stevenson said.

“We need to point out that it’s impossible and that they’re hurting themselves with that plan as it is, and that they need to work on basic infrastructure.” 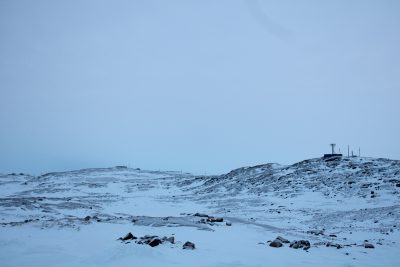 The City of Iqaluit is looking to develop the land on the Road to Nowhere for residential and community use. (Photo by David Venn)

However, he added the NHC is working with the city, having set up regular meetings to discuss where new housing units might go in Iqaluit.

Doiron said there might be enough space in existing subdivisions to build 400 to 600 new residential units in Iqaluit.

“This will reduce the short-term pressures (next three to five years) to find new capital investment for municipal infrastructure,” Doiron wrote in an email to Nunatsiaq News.

The Department of Community and Government Services did not reply to emailed questions from Nunatsiaq News.

City councillors met Tuesday evening for a planning and development committee meeting where Michelle Armstrong, a contract planner for the city, presented an update on the proposed subdivision. 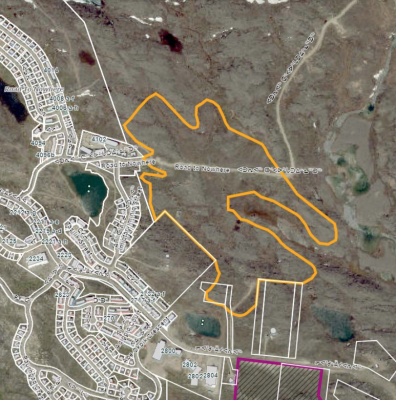 The yellow outlined area is where the city is looking to develop buildings, roads and sewage infrastructure. (Screenshot courtesy of the City of Iqaluit)

There is money set aside in the city’s capital plan next year for an engineering study and more money that would allow construction to start in 2025, she said. However, there are a few barriers that the city must decide how it wants to overcome.

“Because the subdivision is kind of really at the end of the pipe, so to speak, that’s just creating some challenges on the infrastructure side,” Armstrong said.

There are sewers in the area that are already at maximum capacity and need to be replaced. That work is scheduled for next year.

As well, there are several intersections that might require installation of traffic lights or turning lanes; also, the city needs to increase its water supply.

Stevenson’s comments were in response to Coun. Kyle Sheppard, who advocated for city staff to look at the cost of trucked services over piped services.

Sheppard said the last time the city had an estimated cost for the subdivision, in 2014, each lot would have cost $60,000. He said that may have doubled by now, and nearly all of that is related to introducing piped services.

“I’ve never seen any data to convince me that the expansion of trucked services is a terrible idea. We can directly impact the cost of new housing in our community, we can create jobs,” he said.

Sheppard said there’s added pressure because of Nunavut 3000, the GN’s plan to build 3,000 housing units in Nunavut by 2030.

“I feel we’re significantly underestimating the demand and the ability that our community and business have to develop housing very quickly,” he said.

Mayor Solomon Awa also responded, saying he was concerned that a snowmobile path between Toonik Pond and Crazy Lake was not depicted on the map, but that it runs through where the city is planning to build a playground.