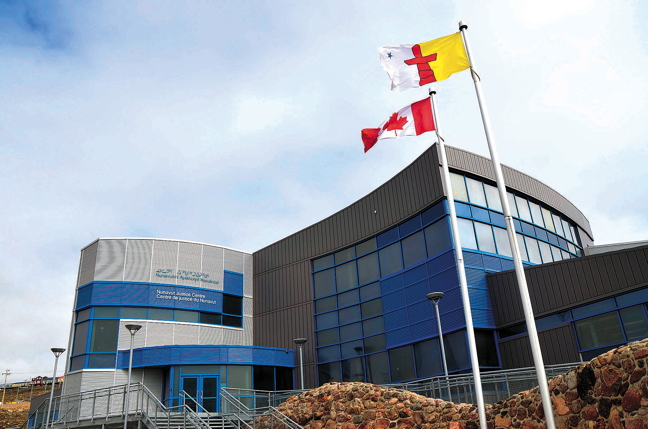 A hearing on the Government of Nunavut’s application to have a judge dismiss Nunavut Tunngavik Inc.’s lawsuit on Inuktut education began Tuesday at the Nunavut Court of Justice. (File photo)

A hearing on the Government of Nunavut’s application to have Nunavut Tunngavik Inc.’s lawsuit over Inuktut education rights thrown out opened Tuesday in the Nunavut Court of Justice in Iqaluit.

NTI filed a lawsuit in October 2021, claiming the government has failed to meet its legal obligations to ensure Inuktut language education is provided throughout the territory’s public school system.

The claim calls for a court order to compel the GN to come up with a five-year plan to deliver Inuit language education from kindergarten through Grade 12.

NTI claims the alleged failure to provide Inuktut language education violates Section 15 of the Charter of Rights and Freedoms, which protects equality rights.

However, the GN wants the lawsuit thrown out, claiming that section does not apply to language.

Lawyers Maxime Faille and Keith Brown argued for the GN for about three hours in court Tuesday, saying NTI’s lawsuit was “doomed to fail” because the Charter section does not apply.

Faille also argued the Charter only protects French and English. He noted that this is a discriminatory aspect of the Charter but, he said, one that cannot be changed.

He also said constitutional authority in relation to education and the preservation, use and promotion of Inuit languages, lies within the purview of the Nunavut Legislative Assembly.

Tim Dickson, representing the plaintiffs, who are parents, and NTI, argued Section 15 does include language, especially in the case of Inuktut which is the dominant language in Nunavut.

The hearing is to continue Wednesday at 9:30 a.m. at the Nunavut Court of Justice in Iqaluit with arguments from lawyers representing NTI and the plaintiffs.