Territory has 70 cases in total—with 54 in Arviat alone 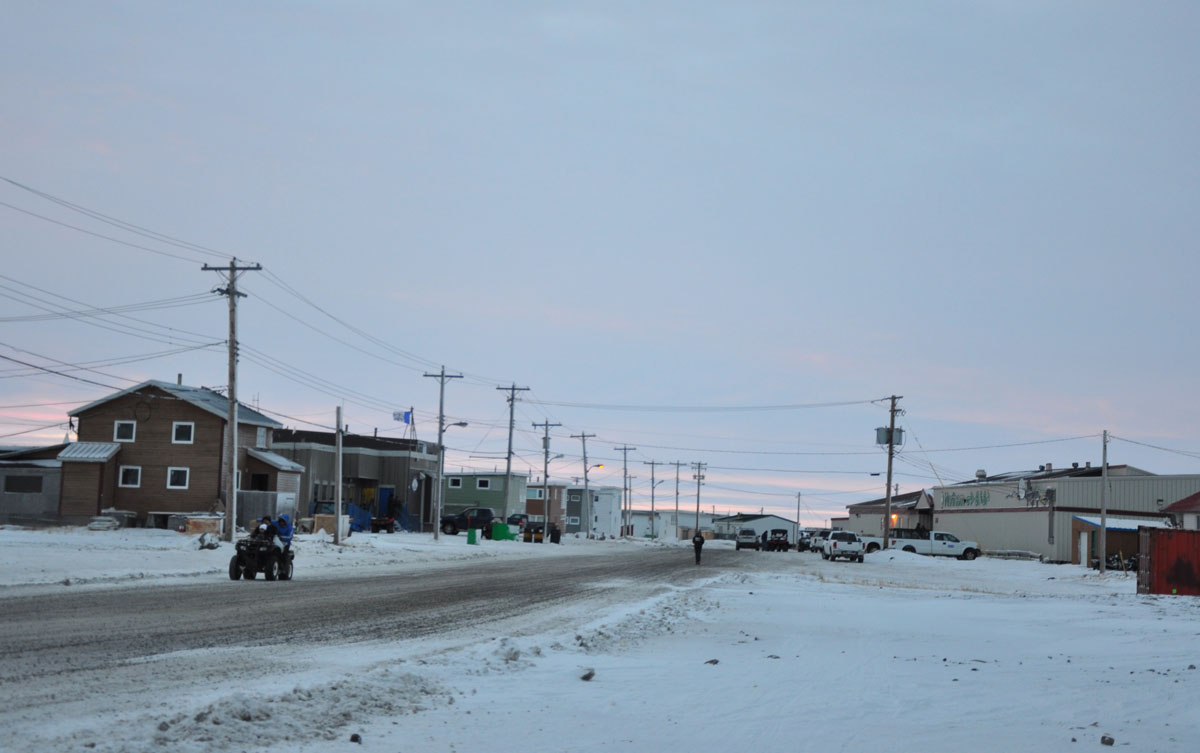 Eight more cases of COVID-19 have been identified in Arviat, the Government of Nunavut announced today, as a two-week territory-wide lockdown goes into effect. The territory’s total number of cases has grown to 70. (File photo)

There are 10 new COVID-19 cases in Nunavut, bringing the total case count to 70 as the territory goes into a two-week lockdown in an effort to hamper the spread of the virus.

Eight of the new cases are in Arviat, bringing to 54 the total number of cases in that community of approximately 3,000.

“This is it, folks,” said Premier Joe Savikataaq during a press conference Wednesday. “It’s time to stand and fight against COVID-19.”

The Government of Nunavut reported the following new cases as of Tuesday, Nov. 17:

Despite the increase in cases, there is currently no evidence of community transmission in Rankin Inlet, said Dr. Michael Patterson, Nunavut’s chief public health officer.

It’s too soon to say if community transmission in Arviat is contained, Patterson said. Case levels in the three other communities are more stable, so “we’re certainly at or closer to [containment].”

Nobody with COVID-19 in Nunavut currently needs hospitalization, Patterson said. Their symptoms vary, ranging from none to one or more of the following: cough, shortness of breath, muscle aches, and loss of taste.

All 54 people in Arviat who are infected are isolating at home.

Nunavut’s current capacity to handle the outbreak is “stretched,” Patterson said. There are staff who could be moved around “if we have to.”

If there were to be another outbreak in the near future, public health staff’s ability to manage it will depend on the size of the outbreak and the community, and how much work is needed to get it under control, Patterson said.

Patterson said the increase in cases is concerning but not surprising, given the nature of the virus. The fact that Nunavut’s public health staff have been able to quickly identify new cases demonstrates the work they’re putting in to test, trace and contain the virus in the four communities with cases, he said.

The lockdown was imposed because public health staff are almost at capacity with the current rate of spread, Patterson said.

“How effective we are in containing the outbreak is in large part dependent on the co-operation of all Nunavummiut,” Patterson said. “Today I am asking everyone to do their part in helping to contain the virus.”

That means following the public health orders of Nunavut’s two-week lockdown that went into effect Wednesday.

Non-essential businesses and schools are closed, and most people are working from home.

Restaurants are takeout only and bars are closed. Events are suspended and health centres and the Qikiqtani General Hospital in Iqaluit are closed except for emergencies.

There have been questions as to who is an essential worker, Patterson said.

“If you closed back in March, you should be closed again,” he said.

Patterson implored Nunavummiut not to go visiting. “The best thing to do is stay home and keep your social contacts limited to the people you live with,” he said.

People are allowed to visit with each other outside, in a group of up to five people, while maintaining distance from each other.

Masks are mandatory in communities where there are confirmed cases of COVID-19, and are recommended everywhere else.

“Businesses have the right and authority to require masks for patrons and staff,” Patterson said.

Daycare operators can close if they choose to, Patterson said, but added he hopes some stay open to help essential workers without childcare to do their jobs.

He also said that essential workers who don’t have the option of sending their children to a daycare may have a babysitter in their home.

But Patterson said that doesn’t apply to non-essential workers who are working from home with school-aged children.

Negative tests as of Tuesday, Nov. 17:

The number of negative tests nearly doubled from Tuesday to Wednesday in Sanikiluaq, from 65 to 103, and in Arviat, from 63 to 114.

Forty-five negative tests were reported in Rankin inlet on Tuesday, with 60 reported Wednesday.

The Government of Nunavut is asking that anyone who may have been exposed to COVID-19 to self-isolate for 14 days. It’s asking for anyone with symptoms to call 1-888-975-8601 and to isolate.

Anyone who travelled from or through Arviat since Nov. 2 is being asked to self-isolate for 14 days.

— With files from Dustin Patar and Mélanie Ritchot