Construction is complete; $45 million facility to open in late March 2023 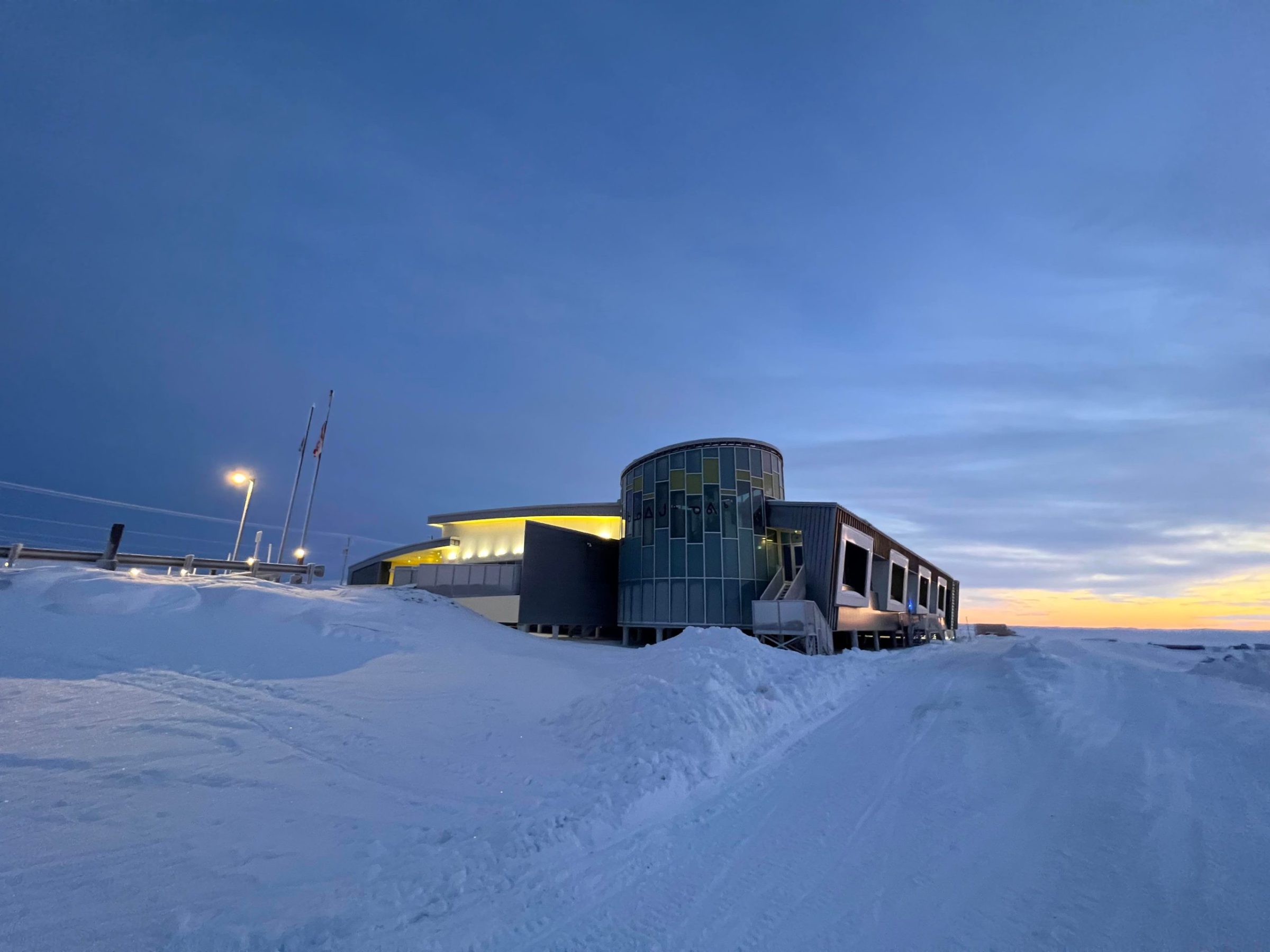 A new $45-million community health centre is set to open in Aupaluk, a village of 233 people, by spring after a nearly two-year delay.

The COVID-19 pandemic played a significant part in delaying construction of the new building, which was initially set to open in June 2021, said Kathleen Poulin, a spokesperson for the Nunavik Regional Board of Health and Social Services,

Although construction is complete, Poulin said a heating issue was discovered, and the centre won’t be open for operation until around the end of March 2023.

“The professionals responsible for the inspection of the building before the final acceptance have identified a problem with the heating system,” Poulin said in an email.

“Parts to repair [it] are planned to arrive [in] January 2023. Until then, the building will be under supervision.”

Poulin said the new centre will be able to serve up to 40 clients. There will be 11 health-care staff, some of whom are already working in the region.

“Most of the current positions are already filled and [a] prospect for at least one of the two new positions have also been identified with the usual recruitment activities,” she said.

“It is good news for Aupaluk,” Poulin said about the new centre.

Construction of the new Aupaluk health centre was announced in 2018.

Aupaluk is Nunavik’s smallest village with a population of 233 according to census data from 2021. The community is isolated halfway between Kangirsuk and Tasiujaq on Ungava Bay.

When asked why such a small town needs such a large medical facility, Poulin explained that new institutional buildings must meet several minimum safety standards. She also explained that the building will not only serve as the community’s health and social services centre, but it will also house the community’s legal and justice services and will be an emergency shelter in the event of a disaster.

“The building must comply with these norms to ensure the safety and the security of the clients and the staff,” Poulin said.

“This building was also built with the intention of serving as a civil security shelter,” she added. In the event of a civil security problem, such as a power shortage, flood or fire, Aupaluk residents will be able to find take temporary shelter there.