COVID-19 could have big implications for Nunavut’s mining industry

Impact on sector will be “significant,” says chamber of mines 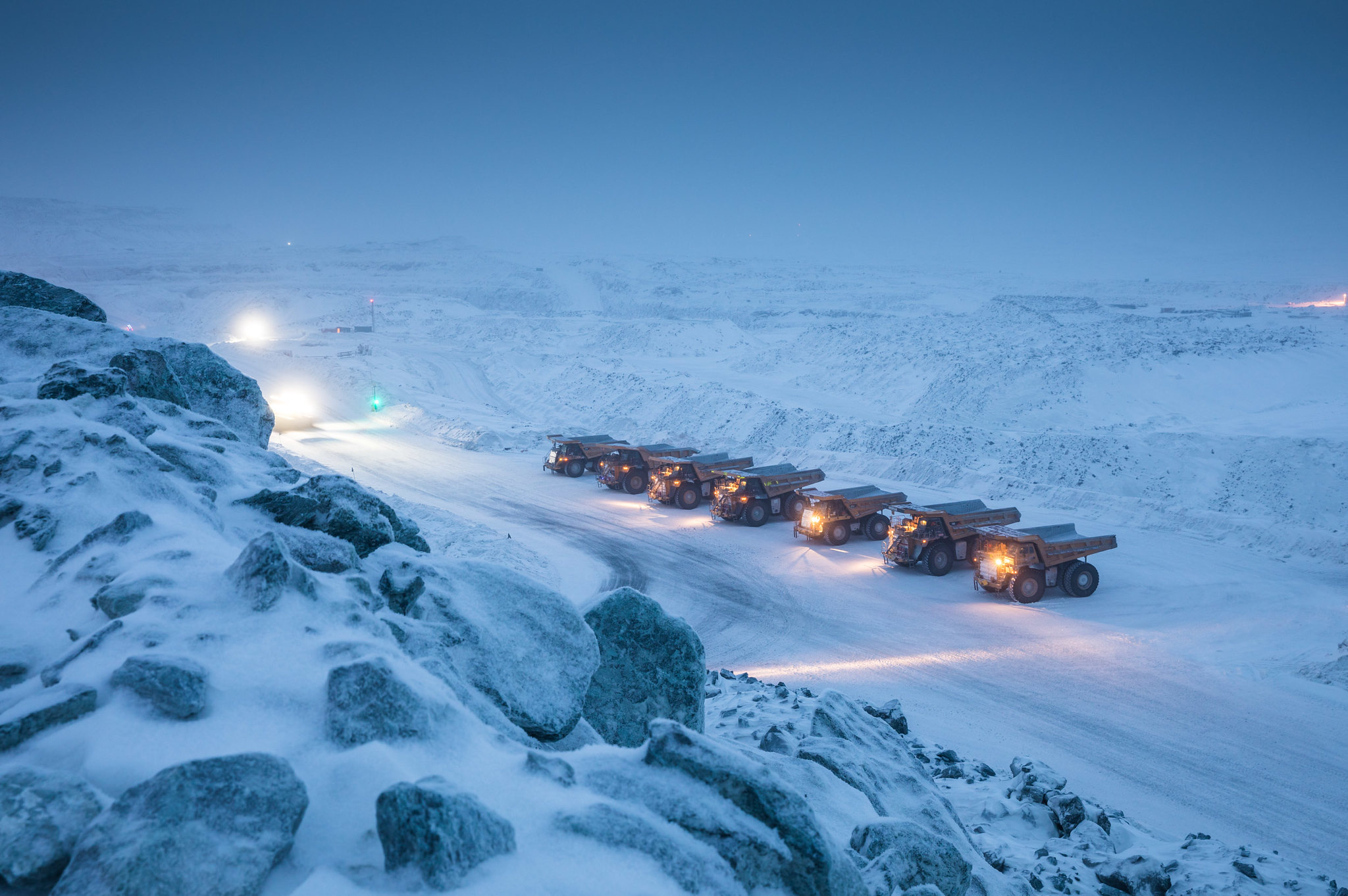 Haul trucks wait at the end of a shift at the Meadowbank gold mine near Baker Lake. There, Agnico Eagle Mines Ltd. has reduced its activities as it deals with the COVID-19 pandemic. (File photo)

Nunavut’s mining industry faces some big challenges due to the ongoing COVID-19 pandemic, says Ken Armstrong, the president of the Northwest Territories and Nunavut Chamber of Mines.

Over the past few weeks, every mine in Nunavut has moved to reduce its Nunavut-based workforce and production.

“We are not really sure how best to determine the cost of the pandemic so far but it will be significant,” Armstrong said.

“With companies having higher operating costs to ensure employee safety and compliance with government and health officer orders, paying salaries of Nunavummiut employees that have returned to their communities, combined with lower production, in some cases, at least, the impact will be significant.”

COVID-19 is also prompting every mining company operating in the territory to look at options for care and maintenance, he said.

As well, the exploration season for 2020 in Nunavut finished before it started, he said.

That alone is worth more than $100 million.

The key now is to ensure Nunavut companies, miners, developers and exploration companies survive so that they are in a position, post-pandemic, to “roar back,” as the Prime Minister Justin Trudeau has put it.

“How does it roar back? How do we make sure these companies can go back to their business and hire back people and get our investment back to Canada?” asked Armstrong, who is also the president and CEO of North Arrow Minerals.

However, reducing operations to care and maintenance is not easy to do or [to] get out of in Nunavut, Armstrong said.

“You can scale back more quickly in the south because of all the things we know that can be accessed in the south, and to ramp it back up isn’t all that feasible either. You’re talking about three or four months,” he said.

During that time you still need a workforce at the mine to look after things and to do environmental tests, which are required under care and maintenance.

“These are all things that people have to think their way through,” he said.

A lot of money is at stake: the expected value from mineral production from Nunavut mines in 2019 was estimated to be about $1.315 billion.

It’s hard to say how much money Nunavut businesses stand to lose, “But for 2018, the last year for which we have numbers, Nunavut mining companies spent $765.9 million with Nunavut companies,” Armstrong said.

That’s just part of the total cumulative spending since 2007 of $4 billion on Nunavut companies, he said—and that figure does not include salaries to the roughly 700 Nunavut workers, or royalties and taxes to governments and Inuit organizations.

At the 2019 Nunavut Mining Symposium, François Picotte, the Government of Nunavut’s senior economist, said that the mining industry’s spending was expected to continue to grow by half a billion dollars, on average, for each of the following few years.

“If the 2020 field season is lost, as expected, this number will be significantly lower,” Armstrong said. “And how do we come out of it? If the virus is still lurking in pockets in the south, and if I am living in a Nunavut community, maybe I will not be so keen on having southerners come up.”

If the pandemic stops by this June, Armstrong still doesn’t see the exploration season coming back.

His company, North Arrow, is developing a diamond project out of Naujaat.

“But we’re not coming back until we’re invited back,” Armstrong said. “We’re not just going to hop on a plane and show up. We need to know they’re ready for that to happen. Right now we’re planning and hoping that it might be next year, in 2021.

The recovery of the mining industry will also depend on the demand for commodities, such as gold and iron.

If any industry is to rebound quickly after COVID-19, “in the North it’s mining,” he said.

So the 200 members of the NWT and Nunavut Chamber of Mines are hoping for some financial help from government to make that happen.

Armstrong said there are some indications that a lifeline to the mining industry is in the works.

To date, COVID-19 has led to the following major cutbacks:

Sabina Gold and Silver Corp., the advanced gold mine development in western Nunavut, has closed operations and put its exploration program on hold.

Agnico Eagle Mines Ltd. decided to move its Meliadine gold mine into a “lockdown” mode until April 27 and reduced activities at its Meadowbank-Amaruq complex.

TMAC Resources Inc. has sent its Nunavut-based employees home, reduced staff and is looking at care and maintenance as an option.