Territory to ask for federal help with contact tracing, testing 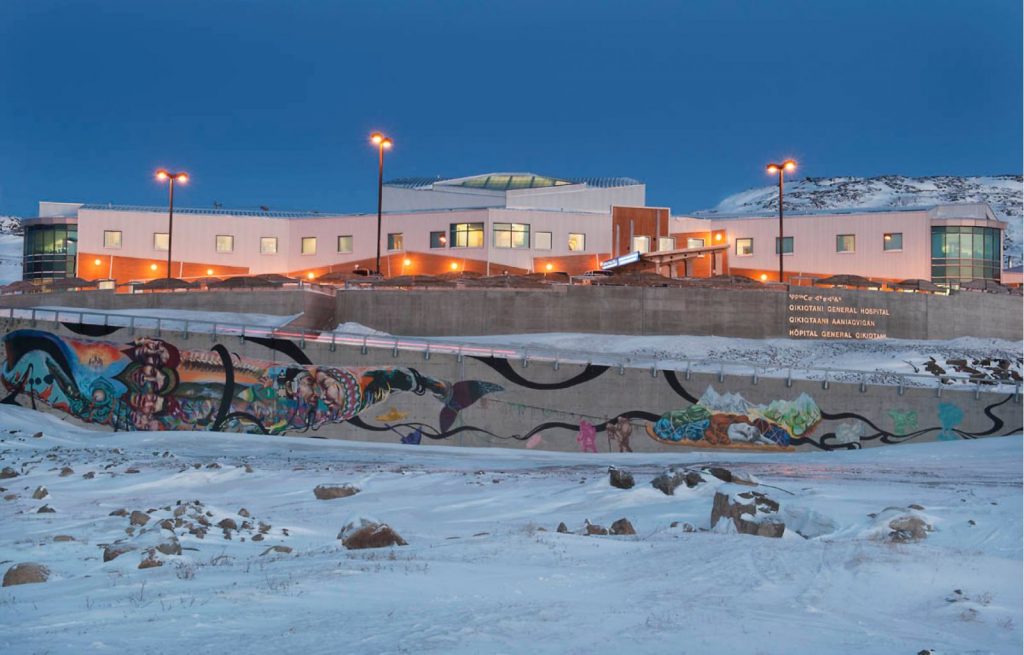 Three people have been hospitalized with COVID-19 since the disease was detected again in Nunavut on Dec. 21, chief public health officer Dr. Michael Patterson says. The In less than 10 days, the number of active cases has spread from zero to 74 and has been confirmed in eight communities. (File photo by David Lochead)

Nunavut is approaching a “breaking point” as COVID-19 continues its spread across the territory, with the number of active cases doubling overnight and arriving in three more communities, Premier P.J. Akeeagok says.

“With active cases in eight communities, we are approaching a breaking point in terms of our health-care capacity,” Akeeagok said Wednesday morning during a public update at the legislative assembly.

The premier added he is working on a proposal to ask the federal government for more assistance for nurses, support staff, contact tracing, personal protective equipment and housing.

There are 74 active cases in eight communities, Akeeagok said during a public update Wednesday morning at the legislative assembly. Arviat, Baker Lake and Igloolik joined the list of five communities where cases have been confirmed.

On Tuesday, the Government of Nunavut reported 37 active cases. Last Friday there were eight. The first cases in the latest wave were reported on Dec. 21.

As of Wednesday, the number of active cases in each community stood at:

It’s not yet known if any of those cases are a result of the fast-spreading Omicron variant, chief public health officer Dr. Michael Patterson said. It typically takes between a week and 10 days for testing to determine if a case is the result of a variant, he added.

The biggest strain on Nunavut’s health-care system at the moment is related to contact tracing — the process of finding other people that someone diagnosed with COVID-19 has been in contact with.

“Our ability to identify and follow all the threads of transmission is being hampered by the sheer volume,” Patterson said.

Hospital workers have not yet been strained the same way that contact tracing staff have. But without adequate contact tracing, there’s “a risk of uncontrolled spread” of COVID-19 to people who are at a higher risk of contracting the disease or to front-line workers in “key industries.”

The spread prompted the Government of Nunavut to extend its lockdown by 10 days to Jan. 17. Schools will remain closed until then and only “critically essential” government workers will be working in offices, Akeeagok said.

The premier said he is working with the territory’s Human Resources Department to figure out which government offices will be closed and which GN employees can work from home during the lockdown.

“There’s just not enough staff to go around right now,” he said.

They called for Nunavummiut to be patient with health-care workers who, Akeeagok said, are working “around the clock” to give tests and do contact tracing.

“They are doing their best to respond in a timely manner,” Akeeagok said.

The premier and chief public health officer repeated their pleas for Nunavummiut to follow public health advice, including staying home, avoiding public gatherings, wearing a mask, getting vaccinated and getting a booster shot, and getting tested when they’re showing symptoms.

“Staying home is the best way to stop the spread of this virus,” Akeeagok said.

He and Patterson are scheduled to give their next update on the COVID-19 situation on Jan. 6 at 11 a.m