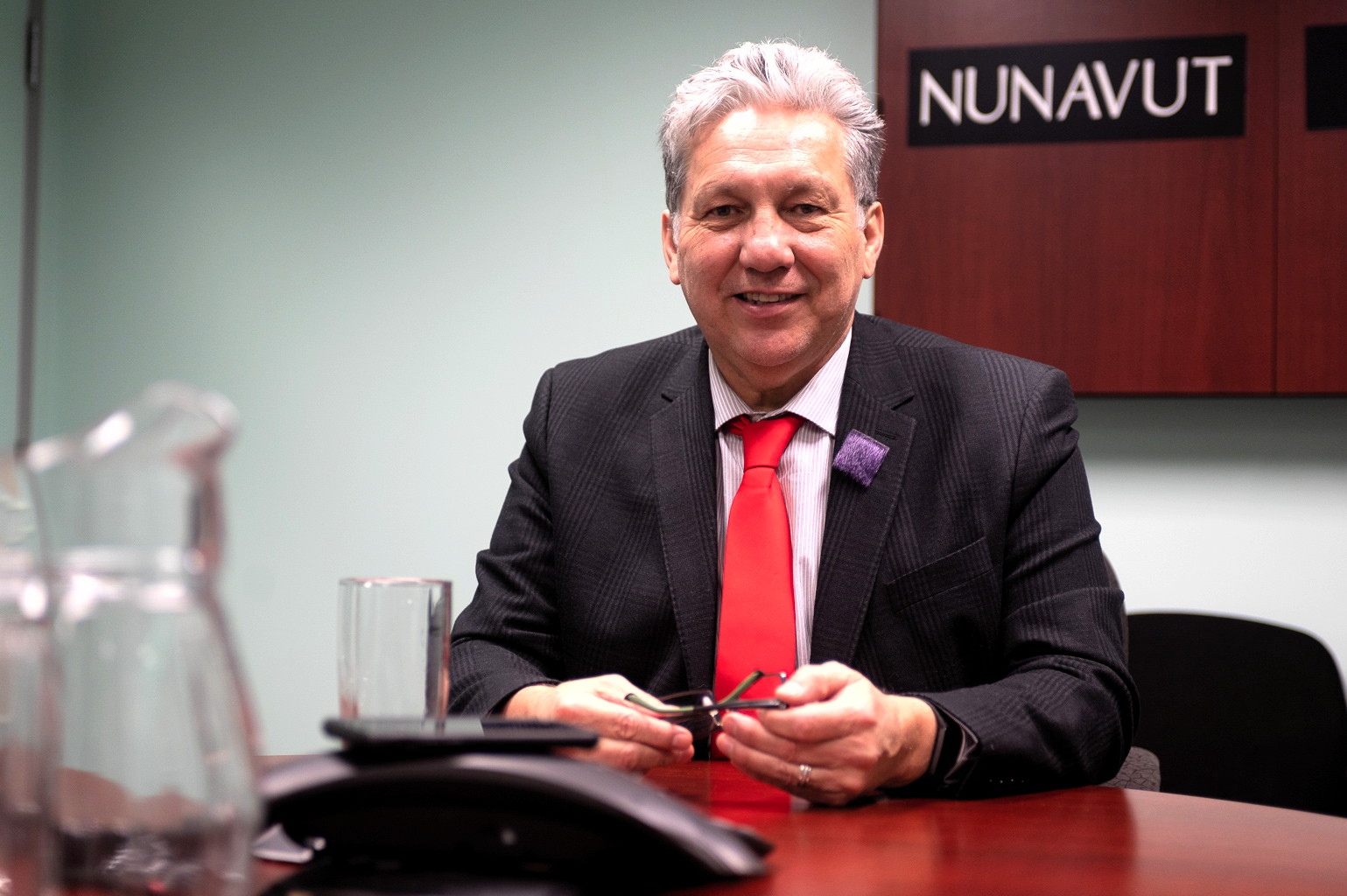 Prime Minister Justin Trudeau and Finance Minister Bill Morneau announced the economic measures this morning, aimed at protecting workers and keeping the national economy from seizing up because of the blows inflicted upon it by the COVID-19 pandemic.

• $27 billion in spending to help struggling Canadian workers and businesses.

And because that spending will be “distinctions based,” Ottawa will consult Indigenous organizations, including Inuit Tapiriit Kanatami, as well as northern governments, Vandal said.

“I myself have personally spoken with leadership throughout the North since the beginning. The conversations are ongoing and we’re working closely with Inuit partners and the provinces and territories to make sure we can use this money effectively,” he said.

There’s also $50 million in new spending to help women’s shelters, sexual assault centres and homeless shelters manage or prevent a COVID-19 outbreak in their facilities, including funding for those facilities located in Indigenous communities.

Nunavut and the other two territories will also get a share of an earlier $500-million package that Trudeau announced on March 11 to help territories and provinces beef up their health-care systems in response to novel coronavirus infections.

Per capita distribution of funds may not work well

But how that money will be divided up is still an open question.

Earlier this week, Nunavut Health Minister George Hickes, who is also the finance minister, told reporters at a news conference that the $500-million federal fund will be distributed on a per capita basis.

Because of Nunavut’s small population, that may not work well for Nunavut or other jurisdictions with smaller populations, Hickes told reporters.

On that point, Vandal said he’s already heard from Hickes about that problem.

“Minister Hickes has shared that concern with me as well, as have the premiers of the two other territories,” he said.

Vandal said he’s brought those concerns to other federal cabinet members, including Morneau, so they’re now on the record.

But he said that at this early stage, he can’t offer anything concrete.

And when the funds are distributed, Vandal said he’ll advocate for a greater northern share.

“I know that per capita doesn’t serve the North very well and I’ve delivered that message to the cabinet.”

Use of Iqaluit FOL site under consideration

Another idea that Vandal has heard in his talks with Nunavut and Inuit leaders is making use of the unused Canadian Forces barracks building in Iqaluit that’s part of the air force’s forward operating location, to provide a safer place to accommodate vulnerable people, such as the homeless.

Many Iqaluit residents are getting increasingly worried about what could happen if COVID-19 infections were to turn up at the overcrowded Iqaluit men’s shelter and other facilities.

“It was brought up yesterday in a meeting with an Inuit leader and the request is being made. We need temporary shelter space should the coronavirus get established there, and that is certainly on the table,” Vandal said.

As for other forms of relief, such as a plan to help workers who do not qualify for employment insurance through a new program that will pay them $450 a week for 15 weeks, Vandal said he believes that money will roll out immediately.

“I think the biggest takeaway is that our government is unwavering in our commitment to support all Canadians, to make sure our health system is strong and to make sure our economy remains stable,” Vandal said.

The $82-billion package announced today is long and extensive.

It includes the following:

• A $5-billion Emergency Support Benefit for workers not eligible for EI.

• An Emergency Care Benefit of up to $900 ever two weeks for up to 15 weeks to provide income support for workers who must stay home, and do not have access to paid sick leave through EI.

• A beefed up GST credit for low-income people, worth $5.5 billion.

• Extending the tax filing deadline for individuals to June 1, and allowing all taxpayers to defer, until after Aug. 31, 2020, the payment of any income tax amounts that become owing on or after today and before September 2020.

• Incentives for lenders to give homeowners a break on mortgage payments.

• Support for women and children fleeing violence by providing up to $50 million to women’s shelters and sexual assault centres to help with their capacity to manage or prevent an outbreak in their facilities. This includes funding for facilities in Indigenous communities.

• An additional $157.5 million to address the needs of Canadians experiencing homelessness through the Reaching Home program.

These represent just a small sample of the federal measures announced today—for a full list, go to this web page.