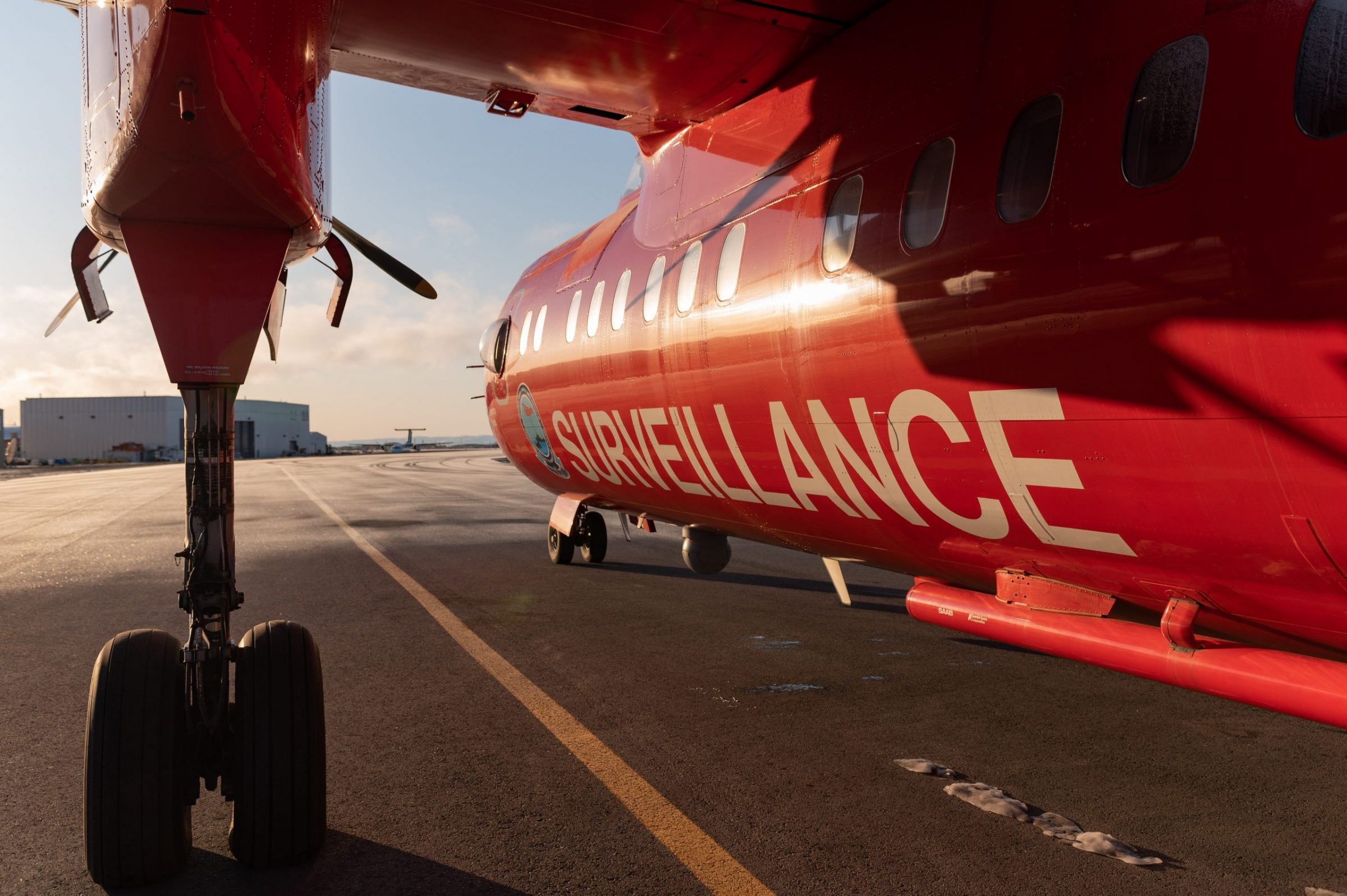 The mission of Transport Canada’s National Aerial Surveillance Program is to detect marine pollution by patrolling Canada’s coastlines from the air, but this season their bright red plane will be absent from the skies above Nunavut because of COVID-19 travel restrictions. (Photo by Dustin Patar)

Vessels plying Nunavut’s waters will have one less eye on them this season as the National Aerial Surveillance Program season was cancelled due to Nunavut’s COVID-19 travel restrictions.

The National Aerial Surveillance Program, otherwise known as NASP, is a joint venture between Transport Canada and Environment and Climate Change Canada, tasked with patrolling Canada’s coastlines for ship-source pollution like oil spills.

In an email to Nunatsiaq News in June, before their season was slated to begin, Transport Canada advised that the start of the season would be pushed until the middle or end of July “due to the restrictions in place with accommodations and logistics in Nunavut.”

More than halfway through August the season still had yet to begin and Transport Canada said that they were “working with the Government of Nunavut to develop a strategy that will be used to seek exemptions for the NASP crews as essential workers to enter Nunavut.”

According to the Nunavut Department of Health’s critical exemption protocol, essential workers are classified “as an employee who has an urgent and substantial need to enter Nunavut from any place in Canada other than the Northwest Territories in order to complete work that is critical to the well-being of the territory.”

During the 2019 Arctic season, NASP flew 49 surveillance missions and flew over 336 vessels. They also monitored 2,195 vessels through their automatic identification system.

In addition to surveillance missions, they also participated in two search and rescue missions and detected one pollution incident, a small, roughly 15.4 litre, oil spill from an unknown source.

While the Canadian Coast Guard has and will continue to also patrol Canada’s 162,000 kilometre-long Arctic coastline, the NASP provided an extra set of highly mobile eyes.

According to the Coast Guard, the cancellation of the NASP season has no impact on their activities, as “alternative aerial assets are available in the Arctic, including helicopters onboard Canadian Coast Guard ships, which can be mobilized for assessment and monitoring missions,” but they noted that NASP would normally assist them during an environmental response.

Despite not actively patrolling Nunavut’s waters this season, Transport Canada did tell Nunatsiaq News that NASP “will remain in a state of readiness and seek an exemption in the event of an urgent tasking relating to an oil pollution incident.” 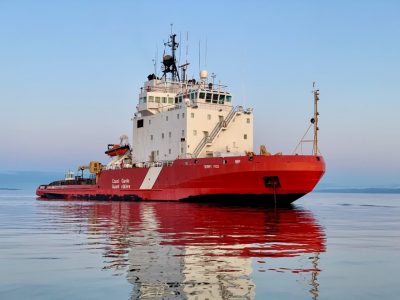 While the NASP season never got off the ground, the Coast Guard is now more than halfway through theirs.

All eight vessels that were scheduled to be deployed to the Arctic are underway.

The marine communication and traffic services centre in Iqaluit, which opened on May 20, has provided support for 87 vessels on 179 voyages.

According to a Coast Guard news release, although their levels of service have remained normal since the onset of the pandemic, some changes have been made to their operating procedures.

“As the COVID-19 pandemic evolves, we are adapting plans and operations as necessary,” said Neil O’Rourke, assistant commissioner of the Canadian Coast Guard’s Arctic region, in the release.

“We continue to engage and work closely with Inuit, First Nations and Métis governments and organizations, provincial and territorial governments and industry partners to ensure the safety of our crews and the Arctic communities we serve.”

All crew members boarding Arctic-bound icebreaking ships are tested for COVID-19, and sanitation measures have been increased on all vessels.

Coast Guard crews bound for the rescue boat station in Rankin Inlet isolated for two weeks in Winnipeg before being deployed.

Because of the pandemic, all public interactions with ships’ crew members were cancelled, including community visits and ship tours.

In the event of emergencies and other critical work, the appropriate public health officials are consulted and necessary precautions taken, said the release.

The coast guard’s season is slated to end in November, pending ice conditions and weather changes.