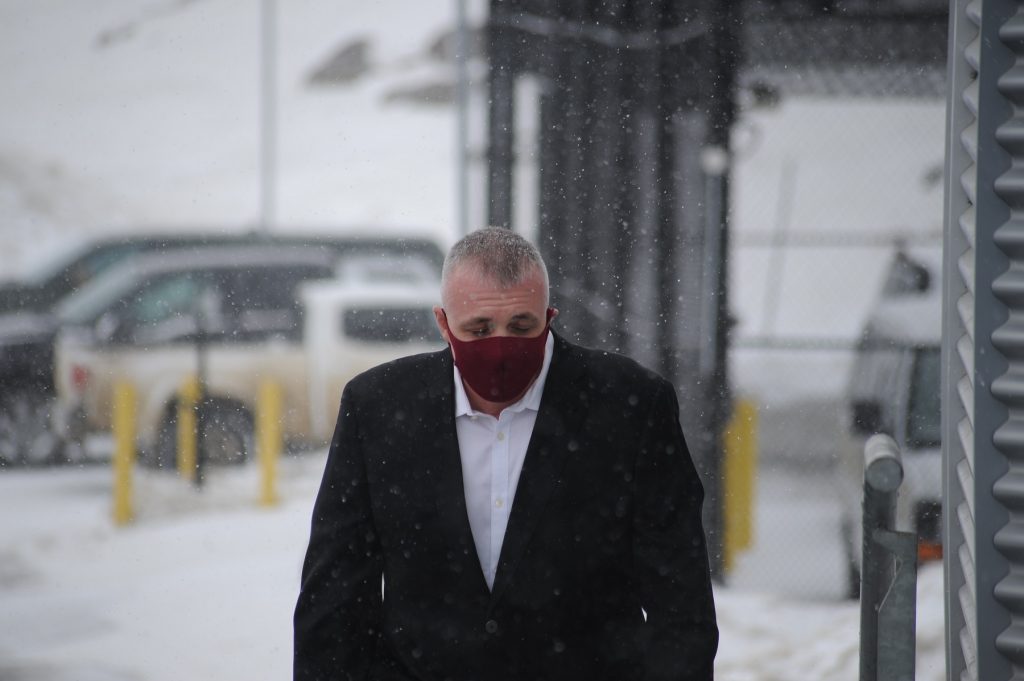 The Crown has appealed the acquittal of Iqaluit resident Daniel Hodgson, seen here in April outside the Iqaluit courthouse, in the 2017 death of Bradley Winsor. (File photo by David Venn)

Crown prosecutors are appealing the acquittal of Iqaluit resident Daniel Hodgson in the death of a 23-year-old man at a house party four years ago.

Hodsgon was charged after Bradley Winsor died while being held in a chokehold during the May 2017 house party. The defence argued during trial that Hodgson was restraining Winsor from attacking guests at the party.

In her verdict, Charlesworth agreed the chokehold was reasonable, and that there was no evidence Hodgson intended to kill Winsor.

The Crown filed an appeal of Charlesworth’s verdict on June 17, but Hodgson’s lawyer argued the appeal should be dismissed because it was filed too late.

The application to strike the appeal says new rules that came into place June 1 to tighten the deadline for appeals should have applied to Hodgson’s case.

In a short written decision released by the appeals court on Nov. 15, Justice J.A. Slatter disagreed, saying the appeal can proceed.

Applying the new rule would extinguish the right of appeal that was available to Hodgson when the new provision came into force, Slatter wrote.

Slatter scheduled the next date for this case on March 16.