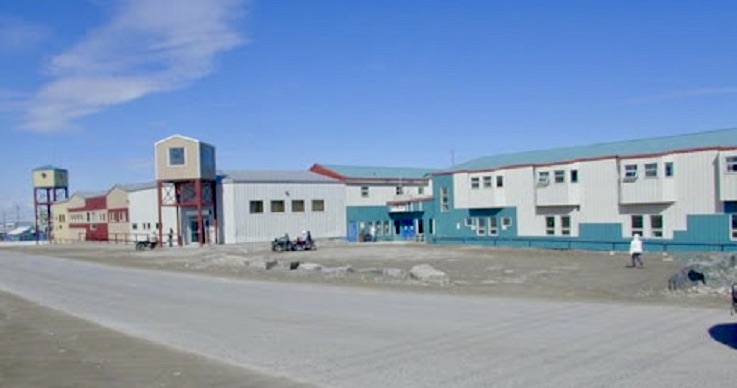 Rankin Inlet residents will need to setup up accounts with the Nunavut Liquor and Cannabis Commission to buy alcohol from the forthcoming beer and wine store, expected to open sometime this fall. The store will be housed within the current liquor warehouse attached to the Siniktarvik Hotel. (File photo by Sarah Rogers)

The Nunavut Liquor and Cannabis Commission is encouraging people in Rankin Inlet to set up accounts for purchasing alcohol from the community’s forthcoming beer and wine store.

However, the commission has yet to announce an official date for when that store will open.

Rankin Inlet residents have been waiting more than four years for a beer and wine store, after people in the community voted in May 2017 to approve retail beer and wine sales.

Rankin Inlet’s beer and wine store will be the second in Nunavut. A retail outlet opened in Iqaluit in 2017 as a pilot project and will remain open permanently.

In an email to Nunatsiaq News, NULC director Dan Young said staff have been hired and trained, but construction of the store, which began this summer, is still not complete.

He said the commission plans to open the store “sometime this fall.”

Young acknowledged there is some tension around retail alcohol sales in the community.

“We understand that not everyone is pleased with a store opening in Rankin Inlet, and we respect that many struggle with alcohol and the harms it causes,” he said.

“We also recognize that a large majority of voters voted in favour of opening a store that sells lower-alcohol products.”

Young said making beer and wine more available is part of a larger effort to discourage binge drinking of hard liquor, and that he’s confident the store will serve Rankin Inlet “professionally and responsibly.”

Customers interested in setting up an account for the Rankin Inlet store can download an application from the Department of Finance’s website or pick an application up in person from the NULC office at the community’s Siniktarvik building.

Customers must show proof they are over 19 with a government-issued photo ID along with their application.